Home Arts Political Science When Given a Choice as to How and When to Vote, the Majority of People Skipped “in Person on Election Day” State lawmakers, election managers, and others knew they had to act immediately when the COVID-19 outbreak began in early 2020. In the next months, there would be elections for the U.S. House of Representatives, every seat, one-third of the Senate, and a variety of state and municipal seats. The primary season had already begun. The safety of voting in person at polling stations was also unknown.

In the end, these public workers’ combined efforts produced an election with the highest turnout percentage in the last century. Nearly 67% of those who were eligible to vote did so. This occurred as the pandemic spread across the country and the world.

The adaptation of voters, election administrators, and elected officials was a major contributor to this accomplishment. The authorities were aware that improvements needed to be made in order to ensure voter safety and process integrity.

Partisan politics played a role, too.

Many Democrats support a variety of voting options, including early and mail-in voting. Many Republicans oppose these options. President Donald Trump especially objected to mail voting, tweeting, “Mail boxes will be robbed, ballots will be forged & even illegally printed out & fraudulently signed.” Numerous GOP leaders followed his lead, though no fraud sufficient to change the election results was ever found.

Research my colleagues and I have conducted has found that when it came down to the people’s choice, there was a clear outcome: Alternatives to traditional in-person gathering at a polling place on Election Day are becoming more common, and more popular. Of the 158.4 million votes cast in the 2020 election according to the Federal Election Commission, at least 101.2 million 64% of them were cast by mail or by early in-person voting. A similar trend is underway for the 2022 midterms.

Even before the pandemic, most states offered one or more of what are sometimes called “convenience voting” options alternatives to showing up in person on the Tuesday after the first Monday in November.

In the days or weeks leading up to Election Day, a voter may cast a ballot in person at a government office, a school, a mall, or another approved location.

Election officials deliver ballots to voters via the U.S. mail, who complete them at home and either mail them back or drop them off at a predetermined site.

In order to receive a ballot by mail before 2020, 16 states required voters to give a specific justification, such as their age or a disability. There was no need for an explanation in 29 states plus the District of Columbia. Additionally, every registered voter received a ballot automatically in the five states that held mail-in elections.

Trump and a number of his friends questioned the validity of mail-in ballots both before and after the 2020 election. They brought legal action, demanded recounts, and even carried out a political assessment of Arizona’s results that was severely criticized. Despite the attention the journalists gave to their efforts, there was little proof of fraud in mail or any other kind of voting. Even U.S. Attorney General William Barr, a Trump appointee, conceded there was insufficient evidence to cast doubt on the election outcome.

Mail ballots have simplified the voting process and allowed more individuals to participate in determining the destiny of our country, rather than introducing fraud.

Data my colleagues and I collected from states’ websites and other sources shows 16 states introduced new mail ballot policies in 2020. The result was that registered voters in nine states and the District of Columbia were automatically mailed a ballot. In 36 states, voters could successfully apply for a mail ballot without providing an excuse or listing COVID-19 as an excuse.

Only voters in the remaining five states who submitted an application with a valid justification such as out-of-town travel on election day and no worries about contracting COVID-19 qualified for a mail ballot.

According to our findings, partisanship affected which alternatives voters had. The most likely states to embrace mail voting were those with Democratic governors and Democratic-controlled legislatures, who were followed by states with a split in party control. Republican-controlled states were the least likely to make changes. Indiana and three of the four conservative Southern states that continued to require a non-COVID excuse for a mail ballot were under Republican control. Louisiana, the other state maintaining an excuse requirement, had a Democratic governor and a GOP-controlled legislature.

Most voters in the 2020 election cast ballots in other ways than showing up on Election Day 2020.

Voters’ familiarity with the options affected their choices. In the 25 states that had a history of no-excuse mail voting (excluding the five that switched to automatically mailing registered voters a ballot), voters were about 22 percentage points more likely to use a mail ballot in 2020 than voters first given a no-excuse option that year.

And voters in these same 25 no-excuse states were almost 27 points more likely to vote by mail than voters in the five states that continued to require an excuse.

The 2020 election demonstrated that many Americans across the country and of all political persuasions choose to cast their ballots by methods other than showing up on Election Day itself. This is in addition to choosing a president. 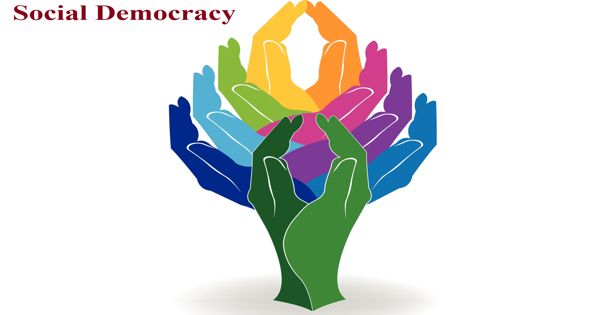 The Pandemic that has been Politicized Social Distancing Shapes Compliance