Home Science Environment What Causes Mercury to End Up in the Ocean? Mercury emitted into the atmosphere by industry enters the sea and, from there, enters the food chain. An investigation by the University of Basel has now revealed how the dangerous substance enters seawater in the first place. This is accomplished not solely through rainfall, as previously assumed, but also through gas exchange. Measures to reduce mercury emissions could thus have a faster impact than previously thought.

Coal-fired power plants and mining activities emit 2,000 metric tons of gaseous mercury into the atmosphere each year. In a complex cycle, the harmful substance then takes on various chemical forms as it circulates between the air, soil, and water. Mercury is especially dangerous at sea, where it accumulates in fish as highly toxic methylmercury. When this compound enters the human body through fish consumption, it can harm brain development in children and cause cardiovascular disease in adults.

Mercury released into the atmosphere by industry enters the sea and from there makes its way into the food chain. Now, an analysis by the University of Basel has revealed how the harmful substance enters seawater in the first place.

“It is estimated that human activities have tripled the amount of mercury in the surface ocean since the beginning of industrialization,” says biogeochemist Martin Jiskra of the University of Basel’s Department of Environmental Sciences. Experts previously assumed that mercury entered the ocean primarily through rainfall. “However, those are only assumptions because there are no collector stations for precipitation over the sea.”

According to Carl Lamborg, an oceanographer at the Woods Hole Oceanographic Institution in Massachusetts, the single leading source of mercury exposure for people is eating contaminated seafood. However, monitoring mercury levels in the oceans has proven difficult for researchers because the metal is only present in trace amounts in seawater, and collecting samples from different oceans takes time and resources.

According to Jiskra, he has now closed this knowledge gap in collaboration with colleagues from Aix-Marseille University, Paul Sabatier University Toulouse, and the French National Centre for Scientific Research, as reported in a study published in the journal Nature (CNRS). He accomplished this by analyzing seawater samples using a new method that allows researchers to determine whether mercury entered the sea through precipitation or gas exchange. This technique, known as “fingerprinting,” is based on the measurement of minute weight differences between naturally occurring mercury atoms known as isotopes.

Jiskra embarked on several boat trips on the Mediterranean Sea to collect the samples, where he collected a series of 20-liter water samples at depths ranging up to 1,400 meters off the coast of Marseille. Samples collected by research vessels in the North Atlantic provided additional information.

Gaining a better understanding of the mercury cycle

The analyses revealed that, contrary to previous assumptions, only about half of the mercury in the sea comes from precipitation, with the other half entering the oceans via gaseous mercury uptake. “At the moment, the contribution due to precipitation is probably overstated,” Jiskra says. Instead, he believes that plant uptake of mercury causes more of the heavy metal to be deposited on land, where it is safely sequestered in soils and poses less of a risk to humans.

The new findings, according to Jiskra, are also important for the implementation of the Minamata Convention of 2013, in which 133 countries committed to reducing mercury emissions: “If less mercury enters the sea via rainfall, a reduction in emissions could cause mercury levels in seawater to drop faster than expected.”

Mercury is released into the environment through both natural and anthropogenic processes. Natural processes, such as volcanic activity and land emissions through the soil, are primarily geogenic in nature. When volcanoes erupt, mercury is released from underground reservoirs. Land emissions are typically observed near plate tectonic boundaries where soils are enriched with minerals such as cinnabar (Mercury sulfide(HgS)). This mercury is released, usually, as a salt, either naturally or as a result of geothermal reactions or natural weathering of the rocks. 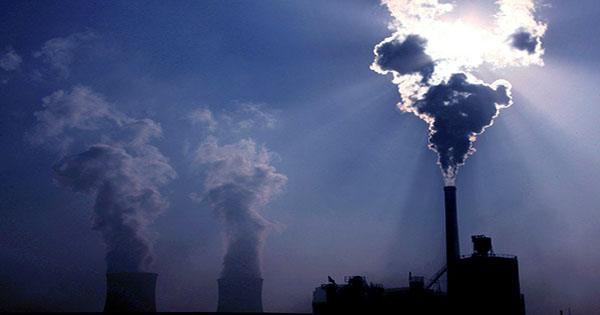 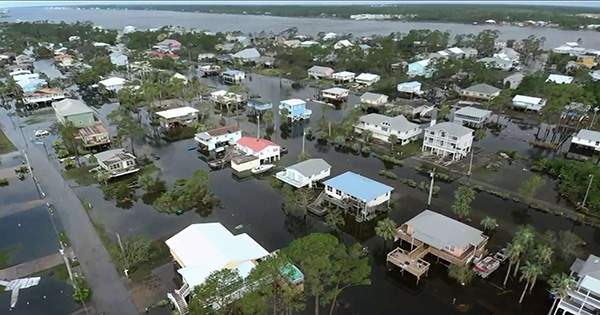