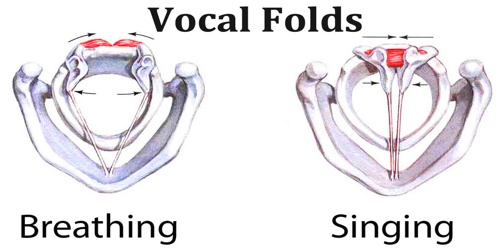 Vocal folds is The two folded pairs of membranes in the larynx (voice box) that vibrate when air that is exhaled passes through them, producing sound. It is also known commonly as vocal cords or voice reeds are composed of twin infoldings of mucous membrane stretched horizontally, from back to front, across the larynx. The vocal cords form a “V” inside the larynx, a 2-inch-long, tube-shaped organ in the neck. Vocal cords (American spelling) or vocal chords (UK) are terms commonly used to refer to the vocal folds, or vocal flaps. The term was coined by the French anatomist Antoine Ferrein in 1741. 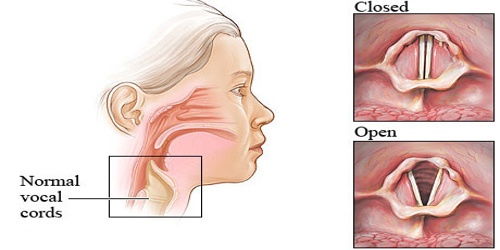 When we talk, the vocal cords tighten up and move closer together. Air from the lungs is forced between them and makes them vibrate, producing the sound of our voice. The tongue, lips, and teeth form this sound into words. The larynx is also sometimes called the voice box.

The folds are formed by thin bands of smooth muscle on opposite sides of the airway, covered by mucous membrane. They extend from the front to the back of the larynx, where they are attached to the arytenoid cartilages, which appear as a pair of bumps in its posterior wall.

Their contraction is controlled by a pair of nerves called the recurrent laryngeal nerves. They are spaced most widely during inhalation, but approach each other during voice production, and during swallowing. 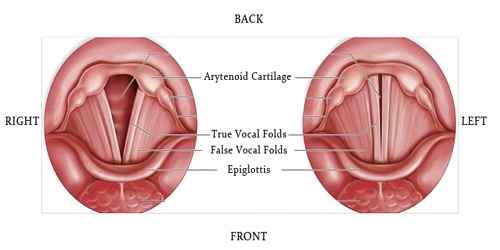 Structure and Functions of Vocal Folds

Vocal folds differ in size and color between males and females. It also contain muscle fibers originating from the vocalis part of the thyroarytenoid muscle, which lies deep and inferior, parallel with the vocal ligament to which it is attached at the posterior end. The main function of the muscle is fine tonal control of the vocal cords. 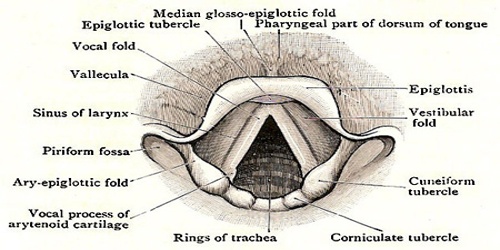