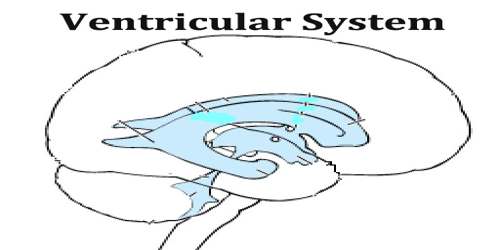 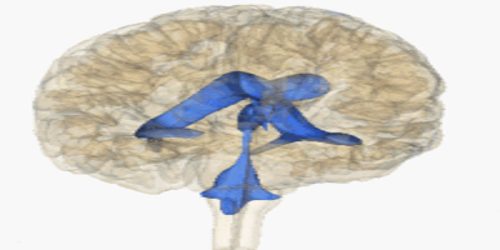 The cerebral ventricles are connected by small pores called foramina, as well as by larger channels. The interventricular foramina or foramina of Monro connect the lateral ventricles to the third ventricle. The third ventricle is connected to the fourth ventricle by a canal called the Aqueduct of Sylvius or cerebral aqueduct. The fourth ventricle extends to become the central canal, which is also filled with cerebrospinal fluid and encases the spinal cord.

Structure and Functions of Ventricular System

The ventricular system is composed of 2 lateral ventricles, the third ventricle, the cerebral aqueduct, and the fourth ventricle. The choroid plexuses are located in the ventricles produce CSF, which fills the ventricles and subarachnoid space, following a cycle of constant production and reabsorption. 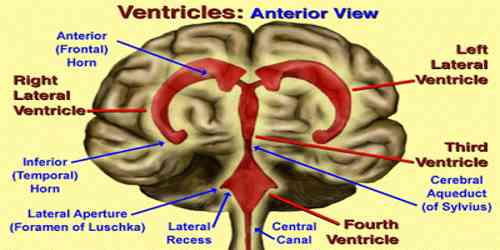 The structures of the ventricular system are embryologically derived from the neural canal, the centre of the neural tube. The ventricles are filled with cerebrospinal fluid (CSF) which bathes and cushions the brain and spinal cord within their bony confines. CSF is produced by modified ependymal cells of the choroid plexus found in all components of the ventricular system except for the cerebral aqueduct and the posterior and anterior horns of the lateral ventricles. The brain and spinal cord are covered by the meninges, the three protective membranes of the tough dura mater, the arachnoid mater and the pia mater.