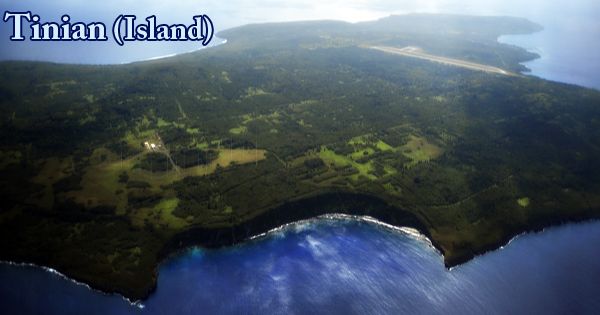 Tinian (/ˈtɪniən/ or /ˌtiːniˈɑːn/; old Japanese name: 天仁安島, Tenian-shima), in the western Pacific Ocean, is one of the Mariana Islands and part of the Northern Mariana Islands, a United States commonwealth. It forms the municipality of Tinian, one of the four constituent municipalities of the Northern Marianas, along with the uninhabited neighboring Aguigan. The biggest village in Tinian is San José. This island was the starting point of the Hiroshima and Nagasaki, Japan, atomic bomb attacks. Tinian is one of three islands in the Northern Marianas, less than 40 square miles in area, and is located about 1,500 miles south of Tokyo. It lies approximately 160 km (100 miles) north of Guam. Of volcanic origin, it rises to a height of 614 feet (187 meters). 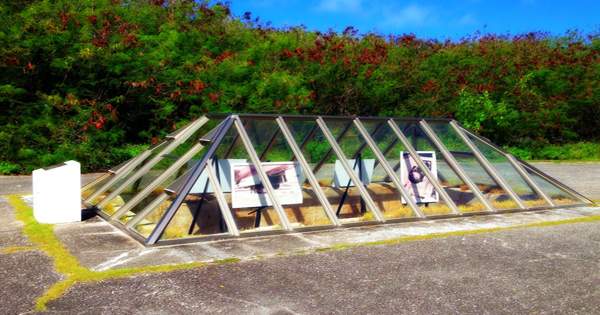 The tiny island of Tinian is a location where tourists can find pristine and secluded beaches, World War II landmarks, and world-class scuba diving, about eight kilometers southwest of its neighbor, Saipan. Archaeologists ranging from over 4,000 years in records, including ancient latte stones, and other artifacts pointing to cultural affinities with Melanesia and with similar stone monuments in the Federated States of Micronesia and Palau, have found traces of human settlements on Tinian. Before World War II, Tinian was operated by Japan and became a major sugarcane-growing and sugar-processing hub. The island was turned into a major U.S. military airbase after its capture by U.S.-led Allied forces in 1944, fitted with what were then the longest runways in the world. 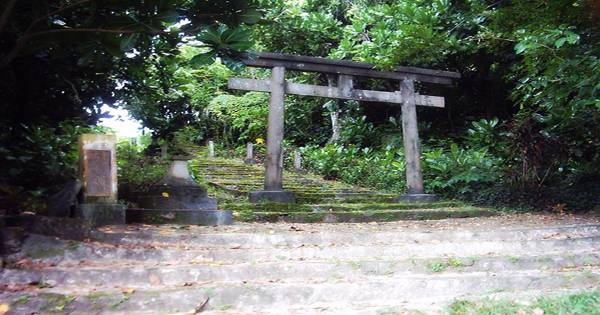 About 3000 years ago, Tinian was ruled by the Chamorro Chief Taga, who built the biggest stone home with latte stones. It was named after a beach in Tinian (Taga Beach) and the local charter airline (Taga Air). The taking of Tinian was followed by the invasion of Saipan, also part of the Marianas, on 15th June 1944. An estimated 15,700 Japanese civilians (including 2700 ethnic Koreans) were on the island at the time. In the crossfire, several hundred were either killed, took their own lives, or were executed by the Japanese military to prevent the Americans from capturing them.

Two U.S. bombers stationed at Tinian dropped atomic bombs on the Japanese towns of Hiroshima and Nagasaki in August 1945. The U.S. military continues to lease a substantial portion of the island. Situated approximately 1,500 miles (2,400 kilometers) from mainland Japan, Tinian was suitable as a staging base for the Japanese Islands’ continuous heavy bomber attacks. In North Field, where plaques mark the pits where the Enola Gay and Bockscar planes were filled with atomic bombs before heading off to Hiroshima and Nagasaki, the abandoned runways can be seen. As part of Tinian International Airport, one of the two West Field runways remains in operation.

Tinian is located approximately 5 nautical miles (9.3 km) southwest of Saipan and is separated by the Saipan Channel. It has a land area of 100 km2 (39 square miles), with its peak elevation at 171 meters on Mount Lasso (561 ft). The economy, with some cultivation of vegetables for export to Guam and small beef-cattle industry, is little developed. On the southwest coast is the main town, San Jose. There is a selection of flora and fauna on the island, and limestone cliffs and caves. The Tinian monarch is the only endemic bird species on the island and is endangered by the loss of habitat. The island is surrounded by a number of marine species and coral reefs.

More recently, Tinian was an agricultural producer for a local Japanese sugar and rum company, and in the Shinto shrines, cannons, and ruins scattered across the jungles and caves of the island, evidence of Japanese habitation is evident. Nevertheless, the tourist infrastructure of Tinian is relatively poorly developed. There are many smaller hotels, restaurants, and bars in the village of San Jose. Dump Cove, where tourists can see World War II airplanes, tanks, ammunition, and Jeeps, and Tinian Grotto, the most popular cavern dive, are favorite locations. 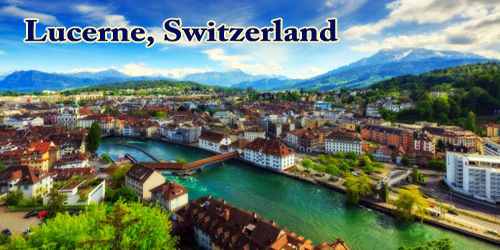