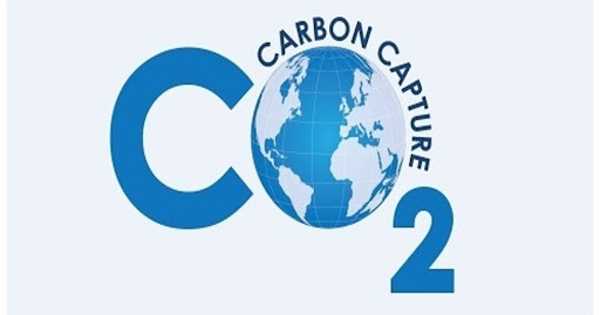 The Rationale for Long-range Cars with Onboard Carbon Dioxide Capture

When people discuss how to reduce carbon dioxide (CO2) emissions from vehicles, the conversation frequently focuses on electrifying cars, trucks, and buses. However, cargo and tanker ships, which account for 3% of total CO2 emissions, are rarely mentioned.

A Northwestern University research team has developed a practical method for making ships CO2-neutral or even CO2-negative by using CO2-capturing solid oxide fuel cells. The fuel cell generates concentrated CO2 after “burning” traditional carbon-based fuels, which can be stored on-board the ship. The CO2 can then be either sequestered or recycled into renewable hydrocarbon fuel.

The team’s findings are presented in the paper “Viability of vehicles utilizing on-board CO2 capture,” which was published in the journal ACS Energy Letters. The team compares onboard CO2 capture to battery-electric and hydrogen fuel cell options in the paper, which looks at various factors such as fuel storage volumes and mass requirements for a wide range of vehicle classes ranging from light-duty passenger vehicles to tanker ships.

A research team offers a practical way to make ships CO2 neutral or even CO2 negative with CO2-capturing solid oxide fuel cells. After ‘burning’ traditional carbon-based fuels, the fuel cell generates concentrated CO2 that can be stored on-board the ship.

“It may be more difficult for people to see onboard CO2 capture as climate-friendly because it uses conventional, carbon-based fuels,” said Scott A. Barnett, senior author of the study at Northwestern. “People often believe that hydrogen fuel cells and electric vehicles are better for the environment. In reality, they frequently are not. Electricity may be generated by the combustion of coal, and hydrogen is frequently produced by the combustion of natural gas, which emits a significant amount of CO2.”

Barnett is a material science and engineering professor at Northwestern’s McCormick School of Engineering and a solid oxide fuel cell expert. Travis Schmauss, a Ph.D. candidate in his research group, and co-authored the paper.

Why batteries aren’t a viable solution

Ships can consume up to 250 tons of fuel per day and emit about a gigatonne of CO2 per year. While replacing this massive amount of fuel with batteries may appear appealing, it is simply not an option.

“Some tanker ships require enough fuel to circumnavigate the globe as part of their regular multivoyage operation,” explained Barnett. “We calculated that a long-range tanker’s battery pack would take up more space than the ship’s storage capacity. A hydrogen fuel tank would also be too large. When it comes to long-distance vehicles, carbon-based fuel combined with onboard CO2 capture is arguably the best way to achieve CO2 neutrality.”

The proposed method may also be advantageous for shorter-range vehicles. However, battery-electric and hydrogen fuel cells are already being used in those vehicle types, so the researchers propose implementing a CO2-neutral range extender instead.

Barnett’s team has proposed a patent-pending dual-chamber storage tank to store CO2 on board. A carbon-based fuel is stored in one chamber. The CO2 byproduct is pressurized and introduced into the second chamber after the fuel is cycled through the fuel cell to generate energy. The partition between the chambers can move, shrinking the fuel chamber and making room for CO2 in the other chamber as the fuel is used.

“The solid oxide fuel cell is critical because it burns the fuel with pure oxygen, resulting in a concentrated CO2 product that can be stored,” Schmauss explained. “If we simply burned the fuel in the air, it would be heavily diluted with nitrogen, producing far too much gas to store. When concentrated CO2 is compressed, it can be stored in a volume that is not much larger than the volume required for the fuel, saving space.”

“There aren’t any major barriers to making this technology work,” Barnett added. “Simply replace the fuel tank with a double-chamber tank and install CO2 compressors. Of course, infrastructure must eventually be developed to off-load CO2 and either sequester or use it.”

According to the researchers, it is possible to make long-distance vehicles CO2-negative using this scenario. This is possible with biofuels like ethanol because the plants that produce the fuel have consumed CO2 from the atmosphere. After the vehicle has used the fuel, the captured CO2 is removed from the ship and either buried or used to create a renewable fuel. If a vehicle runs on a fossil fuel rather than a bio-fuel, the overall cycle is closer to zero.