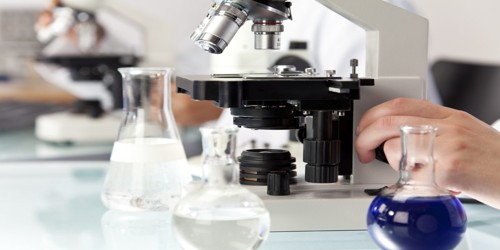 Scientific research brings together observations, knowledge, and data to solve problems, invent solutions and develop new products. “Life is short, experience treacherous, judgment difficult,” said Hypocrates, the Father of Medicine. two thousand years ago, no less than now, judgment was difficult, life short; the barber was the surgeon and major operations were equivalent to death warrants! The physician, when he did not refer to the ancients, was still looking to chance experience for his knowledge; while ‘Asiatic cholera’ stalked the land.

Then it was that experience that began to be supplemented by experiment. Vesalius introduces dissection; Harvey discovered the circulation of the blood; Jenner banished the terrors of small-pox; Pasteur, experimental-chemist, turning to the study of micro-organisms, laid the foundation of Modern Medicine. Listen, applying the new knowledge to his work with the scalpel, founded modern aseptic surgery — all in three hundred years and simply because men began to observe closely and with open minds, while they caused things to happen, instead of observing casually, with closed minds and when things chanced to happen.

What of the method by which men are thus creating or helping Nature to create a better physical environment for us all? If the desire is for something intrinsically new, whether alloy steel, a synthetic dyestuff, a radio tube, or a spineless cactus, it must be obtained, if at all, in Nature’s prescribed way. it must be created, and nobody who is in a hurry to get something has ever been very successful in learning what way Nature prescribes. On the other hand, certain intellectually honest, enthusiastically persevering individuals, endowed with insatiable curiosity, keen power of observation, ingenuity, originality, patience, commonsense and the urge to take infinite pains, have been notably successful in inducing Nature to reveal her secret ways of working. Besides, to such, it is the best of all sports.

So, when ‘Curiosity’ began to learn from Nature, he began to observe her closely and to record faithfully what he observed. as an experimenter, he is like any good general, man must have a well-thought-out plan of attack, but must also be an opportunist and change his plan to meet unexpected situations as they arise. He must be open-minded, must seek facts regardless of whether they may lead him.

If he is not open-minded, is not intellectually honest, he will be inclined to explain away an unexpected result; he may even refrain from recording it. In such a case, he is not playing the game, but he overlooks the fact that some of the greatest discoveries have come out of irregular results which were not rejected but were further investigated. it was only a slight irregularity found in the orbit of Uranus that led Adams and Le Verrier, independently to discover Neptune. There was less than one percent of a residue of inert gas that persistently remained when Cavendish tried by electric sparking, to combine atmospheric nitrogen and oxygen. But he recorded and reported the fact and a hundred years later. Rayleigh, repeating the experiment found the residue to be a new gaseous element – Argon – which is used in gas-filled electric lamps. This was to all. Ramsay was thus led to discover in our atmosphere, a whole series of inert elementary gases, among them Neon, employed in the orange-red lights seen in the business streets. it was from the detection of otherwise unexplained lines in the solar spectrum that Helium was discovered, though no one felt sure at the time, that it was peculiar to the sun. Later, Rayleigh discovered traces of it in the air. All these came about because painstaking experimenters observed closely and recorded faithfully what they saw. As Joseph Henry, contemporary of Faraday, put it, “The seeds of great discoveries are constantly floating around us, but they only take root in minds well prepared to receive them”

An experiment conducted for the discovery of new facts and their relation to other facts is Scientific Research. Behind it, all is the well-founded conviction that there is order in all-natural phenomena. For every determined rise above failure, while experimenting, there is in waiting for the more than compensating joy of having created something. None is better qualified to bear testimony to this than Pasteur. Listen to his appraisal of the lot of the researcher: “It is indeed a hard task when you believe you have found an important scientific fact and are feverishly anxious to publish it, to constrain yourself for days, weeks, years, sometimes to fight with yourself, to try to ruin your own experiments and only to proclaim your discovery after having exhausted all contrary hypotheses. But when after so many efforts, you have at last arrived at a certainty, your joy is one of the greatest which can be felt by a human soul, the thought that you will have contributed to the honor of your country, renders that joy still deeper.”

At the university, scientific research allows students to deepen their knowledge. In has been truly said that the great events of history are its great scientific discoveries. “In our century, science is the soul of the prosperity of nations and the living source of all progress. Undoubtedly, the tiring daily discussions of politics seem to be our guide. Employ appearances! What really leads us forward a few scientific discoveries and their applications” – says Pasteur!