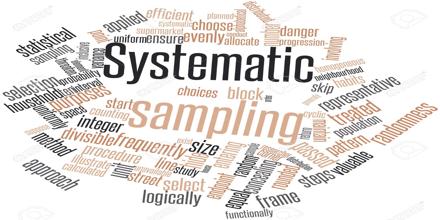 Systematic Sampling is typically involves first selecting a fixed starting point in the larger population and then obtaining subsequent observations by using a constant interval between samples taken. It is a type of probability sampling method in which sample members from a larger population are selected according to a random starting point and a fixed periodic interval. It is to be applied only if the given population is logically homogeneous, because systematic sample units are uniformly distributed over the population.