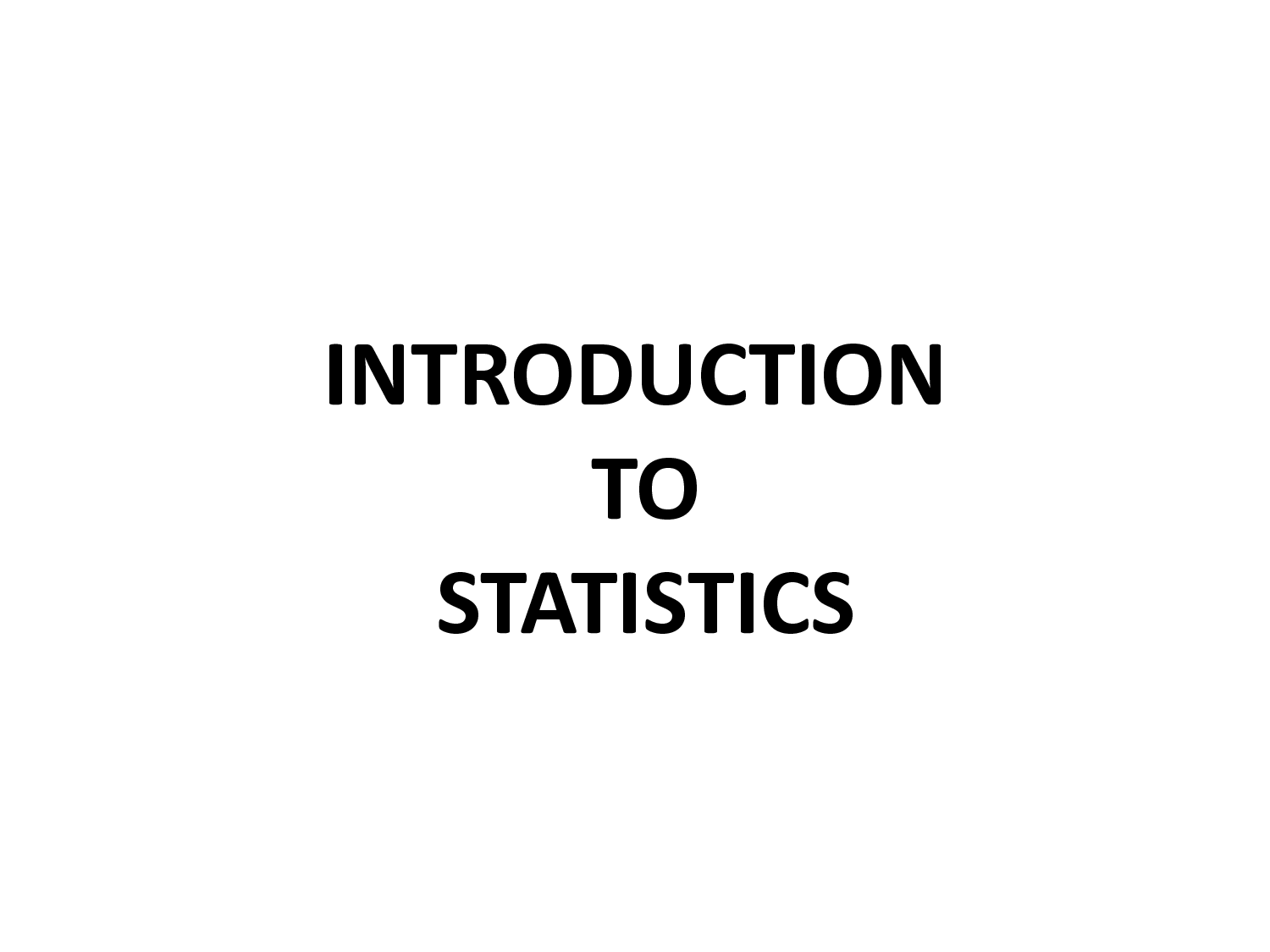 Life in the modern world is extricably bound up with the notions of number, counting and measurement. In speaking about the Chinese, Anatole France once remarked: “If they don’t count, they won’t count.” The same remark would well apply to any other group of people.

Statistics, as a plural name, is used to mean numerical data arising in any sphere of human experience- to be precise, numerical data which arise from a  host of  uncontrolled, and mostly unknown causes acting together. It is in this sense that the term is used when our daily newspapers give vital statistics, crime statistics or soccer statistics of a big city, or statistics of food grain production in the country.

Statistics, as a singular name, is used to mean a name for the body of scientific methods (the statistical  methods) which are meant for the collection, analysis and interpretation of numerical data.

When it is said that the present book is a text-book of statistics or Mr. X is an outstanding statistician, it does not mean that Mr. X has got numerical data on different topics at his finger-tips; but it means that he is just well versed in statistical methods and their applications.

The word statistics itself was coined by the German scholar Gottfried Achenwall around the middle of the 18th century . It was first used in Great Britain by John Sinclair in giving statistical account of Scotland in a series of volumes published between 1791 and 1799.

Statistics appeared in the Encyclopedia Britannica in 1797. It is found that in Great Britain the word publicists competed for a time with statistics in literary usage, but was soon abandoned in favour of the latter.

Numerical data, as we have seen, are being collected and interpreted by many societies over a few throwand years. But the methods used could be called statistical only after they began to be grounded in the ideas of probability in the 19th century.

The earliest work on statistical methodology related to the normal distribution.  It was derived in 1733 by De Moivre in an obscure paper (that was discovered by Karl Pearson 1924)In 1783, Laplace put forward the normal curve as being appropriate for the probability distribution of errors.

In 1809 , Gauss published his work on the theory of motions of heavenly bodies. He derived in it the normal curve as appropriate for a law of errors, at the same time acknowledging Laplace’s earlier contribution.

Statistics, as we know it to-day, may be said to have its origin in the work of the Belgian mathematician Quetlet (1796-1874) .

He observed that if the heights of a  large group of people were shown in a bar diagram, the picture resembled the normal curve. He gave to the British statistical Association in 1841 a list of more than 40 topics that could be studied by statistical methods.

Although Great Britain started as the nursery of statistics, the centre of attention gradually shifted to the United States. The beginning was made by G. W. Snedecor, who started statistics as a young mathematics teacher at Ames, Iowa. His efforts led to the founding of the statistical laboratory in 1933. The statistics programme at Ames attracted outstanding statisticians like Kempthore and Cochran. Gradually other US universities started their own statistics programmes.

Mr. Wold of Prineeton University contributed to sequential analysis and decision theory in the late 194s and this ushered a new era in statistical thinking.

There is also an active centre of research in the Soviet Union. The work of Kolmogorov, Smirnov and others has been mainly in the fields of probability, stochastic processes and mathematical statistics.

Population censuses in this region started on a systematic and regular basis in 1871-72 by the British rulers. Occasional surveys on a wider scale also used to be conducted, one of the most notable being the  survey of Eastern India conducted by the East India company in 1807-15. But the study of statistics as a scientific discipline and its application were introduced in this region in the early 1920s.

Lecture on Measures of Variations