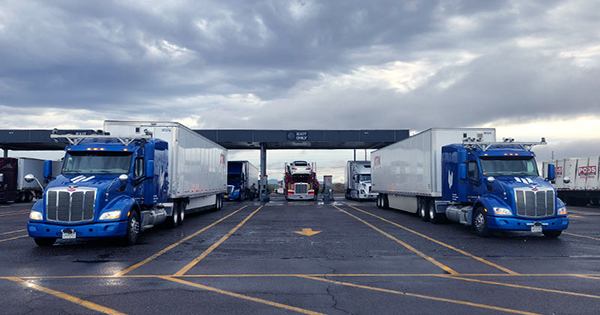 Ryder, a provider of supply chain and fleet management solutions, has partnered with yet another autonomous trucking business. Ryder announced on Thursday that it will assist Embark in the launch of a countrywide network of up to 100 transfer hubs that will be owned and controlled by the autonomous trucking company.

Karen Jones, Ryder’s EVP for new product innovation, told TechCrunch, “We’re on the cutting edge and really beginning to understand that AV could have a pretty significant role in the future of transportation logistics, so we want to get in as early as possible and start working with these companies that seem to be dominating the market with their technologies.” While Ryder has held discussions with other AV companies like as Kodiak, Aurora, and Plus, Jones stated that no further partnerships are in the works.

Ryder hopes to learn and expand from the various use cases provided by its existing relationships, as well as develop a reproducible transfer hub model that will help the firm go to market faster, according to Jones.

“I believe there are still a lot of unknowns about how to maintain, service, and run this technology as we move forward,” Jones added. “Ryder is a natural fit for a partnership because we have large maintenance facilities and a supply chain and logistics business. We are a true operator who understands the intricacies of moving automobiles in and out of small facilities for delivery to larger facilities.”

Ryder will handle yard operations, maintenance, and fleet management as part of its agreement with Embark, it will also advise Embark on its network of strategically situated transfer sites where freight is transferred from autonomous long-haul trucks to driver-controlled trucks for first- and last-mile delivery. According to Jones, Ryder is assisting Embark in determining what is necessary at the facilities and working with Embark’s third-party partners who will either be building or locating sites for these facilities.

Embark will be able to begin operations early next year in significant freight markets in California, Arizona, Texas, Georgia, Tennessee, and Florida, in preparation for a bigger commercial launch in 2024. Autonomous enterprises frequently chose Sun Belt locales to launch operations since adverse weather patterns such as snow and sleet are uncommon, making the atmosphere ideal for testing. Embark and Ryder, on the other hand, plan to open 100 Embark transfer stations across the country over the next five years, in collaboration with a network of real estate operators.