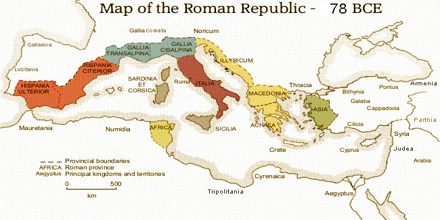 Main objective of this lecture is to present on Roman Republic. The Romans established a form of government a republic; that was copied by countries for centuries In fact, the government of the United States is based partly on Rome’s model. Here briefly present on founding of Rome –The City (Kingdom) of Rome. Romulus and Remus: Latin princess was Vestal virgin; Raped by Mars, bore twin boys; Ordered killed by non-Latin king and Romulus killed Remus. Historic Evidence: The Etruscans conquered the Romans (non-Latin king); Romans eventually overthrew Etruscans and established kingdom.