According to a recent study that was published in the scholarly journal Psychology of Popular Media, there is a direct correlation between possessing dark personality traits and consuming a lot of violent media or considering media violence amusing.

The study makes an important prediction about how this link might result in actual violence and aggressive conduct.

“We noticed there was a gap in the research literature concerning traits of people who find humor in entertainment media,” said Craig Anderson, a faculty member at Iowa State University and one of the authors of the paper. “An obvious place to start was to see whether dark personality traits predict who will find entertainment media humorous.”

Anderson and his associates used two survey-based tests that concentrated on seven dark personality qualities to investigate this. The first four traits, referred to as the ‘Dark Tetrad’ by psychologists, are as follows:

The other three traits they explored are also associated with antisocial behavior. They are:

The inclination to find humor in violent entertainment media was shown to be connected with six of the seven dark personality traits, according to the study. Only narcissism seemed to have no connection.

Please note that some supposedly prosocial games, especially games in which the ‘hero’ destroys the bad-person enemies, are actually harmful to players. The main reason is that what those games actually teach is that physical violence is good and the first thing to try when faced with an interpersonal dispute.

They also noticed a desensitization-type effect: the more media violence a person was exposed to, the more likely it was that they would find it humorous and display moral disengagement (i.e., “switch off” their moral compass).

In other words, even if some personality types may be more inclined to media violence than others, just being exposed to violent media can make us all less sensitive.

For someone who has noticed a tendency to find humor in violent media in themselves or a loved one, Anderson shared the following advice:

“At this point in time, there is very little research linking finding humor in media violence to later real-world aggression and violence. The state of the research literature does show that a fascination with weapons and violent incidents, and high exposure to media violence, does predict both mild and extreme acts of violence. But, that is not the same thing as finding humor in violent entertainment media.”

Having mentioned that, Anderson gave two critical pieces of information on the subject:

Anderson also brought up other studies showing how playing video games with prosocial themes might, over time, increase socializing, foster emotional growth, and lessen the likelihood of engaging in antisocial behavior.

“Please note that some supposedly prosocial games, especially games in which the ‘hero’ destroys the bad-person enemies, are actually harmful to players,” warned Anderson. “The main reason is that what those games actually teach is that physical violence is good and the first thing to try when faced with an interpersonal dispute.”

Truly prosocial games, in Anderson’s opinion, have the potential to improve interpersonal interactions by educating players on how to resolve disputes without resorting to violence. 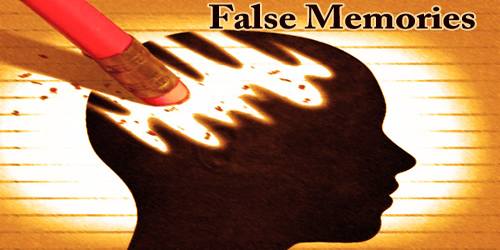