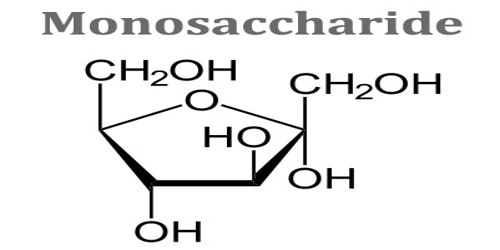 Monosaccharide is any of a class of carbohydrates that cannot be broken down to simpler sugars by hydrolysis and that constitute the building blocks of oligosaccharides and polysaccharides. The general formula is CnH2nOn. They are the simplest form of sugar and are usually colorless, water-soluble, and crystalline solids. Some monosaccharides have a sweet taste. It can occur as chains or rings. Fructose, glucose, and ribose are monosaccharides. It is also called simple sugar. 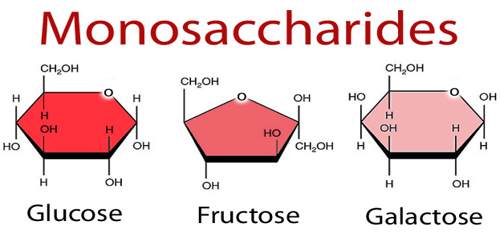 Monosaccharide naming further distinguishes the highest priority functional group and number of carbon atoms as well as the chirality of the highest numbered chiral carbon. The functional group determines the molecule’s prefix, while the suffix “ose” is applied generally to all molecules in this class of sugars.

Structure and Functions of Monosaccharide

All monosaccharides have the same general formula of (CH2O)n, which designates a central carbon molecule bonded to two hydrogens and one oxygen. The oxygen will also bond to a hydrogen, creating a hydroxyl group. Because carbon can form 4 bonds, several of these carbon molecules can bond together.

Glucose is one of the most common monosaccharides in nature, used by nearly every form of life. The most important monosaccharide, glucose, is a hexose. Examples of heptoses include the ketoses mannoheptulose and sedoheptulose. Monosaccharides with eight or more carbons are rarely observed as they are quite unstable. In aqueous solutions monosaccharides exist as rings if they have more than four carbons. 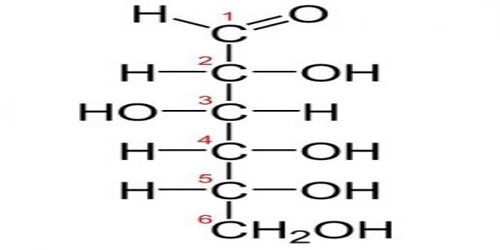