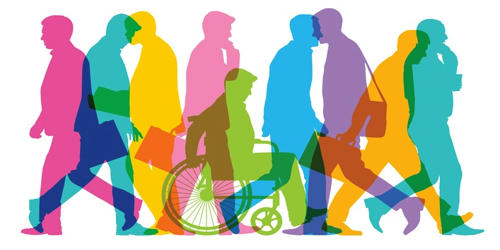 The first model to me was that the dinky tractor model Dad bought me for my third birthday. I had it in my grasp, morning, noon, and night. No one could prize it out of my hand, not even the tempting offer of my favorite ice-cream.

That dented toy model was soon replaced on my fourth birthday by a three-wheeler. I was a daredevil, causing accidents and breaking priceless porcelain heirlooms as I raced in the living room which I had turned into my miniature race track.

I soon outgrew the outdate old fashioned tricycle and graduated to a two-wheeler. The gardener kept out of my way as I trampled all over his lovingly tended garden. I did not bother about the thorny rose plants or the stony walk paths. Many a time I fell and bruised myself as I sped recklessly in his kingdom. I conscientiously polished my bicycle whenever it rained. My overzealousness to make it as good as new prompted my elder sister to comment that I would soon polish everything off. The bicycle remained my faithful companion until I left for boarding school.

Models became something quite different, especially whenever I accompanied Mother on her shopping sprees. She would drag me around the stores as she rummaged for bargains. In those days I was quite a patient kid, standing quietly by and looking up at plastic human models (mannequins). Some of them were without clothes or without one leg or arm. Some were complete with beautiful clothes draped over them. Observing them I wondered how prosperous-looking Mum managed to find clothes to fit her as all these male or female models were skinny and seemed to be largely undernourished.

I then had the urge to take up modeling. No, I do not mean swaying on the catwalk but I caught the fever of modeling cars, airplanes, and toy men. It was fun gluing all the parts and building a model from minuscule parts. Getting my fingers stuck with glue and dirty was fun. My collection has been framed and boxed. According to my impish young sister, it was so that I could hand them down to my children. How wrong can she be! If I were ever to get married (at this juncture, it is furthest from my mind) I would not let anyone come within touching distance.

My interest in modeling soon petered out. I was not in the least interested in clay modeling or building models from matchsticks, so I skipped this module in art, much to my mum’s consternation because she thought she could mold me into a budding artist, sculptor or architect.

I was into reading so I read voraciously, soaking up information. I read about famous men and women who have made good in school and who have contributed to world development. Albert Einstein was no child genius but his later scholastic years and work have etched a name for him in the science chronicles. I read about Mother Theresa and her charitable work in the slums of India. Her mission in life was to help the underprivileged and the poor. I am no young Einstein or a junior Mother Theresa but I would like to regard them as enviable role models.

When I read about the world’s public figures and the uproar they created in the august Halls of Justice, I shudder to think of the adverse effect on young impressionable minds. I am sure many youngsters would not regard them as role models. Money and rhetoric cannot buy them respect for respect has to be earned.

I look around me and I see the ordinary man-in-the-street doing an honest day’s work efficiently and diligently. I then realize that the role models in our life need not be that rich man who has amassed millions or the woman who talks the loudest or is the best-dressed figure in that gathering.

My parents work hard to place three square meals on the table, a decent roof over our heads, a warm bed to sleep on, the opportunities to pursue our dreams. My mother often laughingly but seriously tells me that she has faults. Her shortcomings and character deficiency do not make her less a mother. But her frankness and acceptance of her humanity endear her to me. I would very much prefer to regard her as my role model. she is not perfect but she is sincere and trustworthy.

On one hand models are miniature objects that we possess. On the other hand, role models are people we admire for their humanity and whom we wish to emulate.