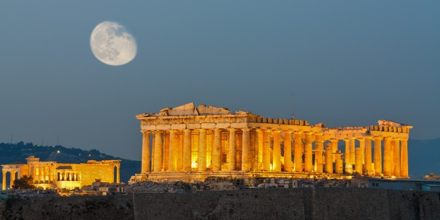 This lecture introduce on Athens. Athens was knows for its great navy and was a rival of Sparta. Its ships were known as triremes because they had three levels of rowers. here briefly describe on Battle of Marathon. The Persians were defeated by the Athenians at the Battle of Marathon. The Athenians were so joyful in victory that they sent a professional runner, Pheidippides, back to Athens. The 1896 Olympic marathon distance of 24.8 miles was based on the distance run by Pheidippides.