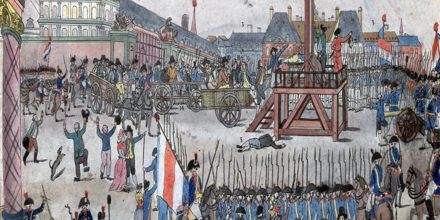 This lecture introduce on Effects of French Revolution. Dangerous effects are both the King and Queen were beheaded and French monarchy no more. In addition to the Royal family, 17,000 people were executed with the guillotine. Napoleon Bonaparte was elected leader, then appoints himself emperor of France. The part of the French Congress representing the third estate left and declared themselves THE congress of France. French created their own Declaration of the Rights of Man and Citizen modeled after TJ’s Declaration of Independence.

Lecture on Louis XIV and Versailles