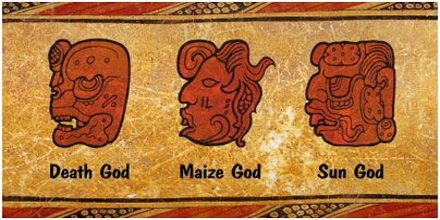 Major purpose of this lecture is to present on Mayan Gods. As with all Myths about Gods and Goddesses – Mayan creational mythology discuss connections with being from other realms who came to Earth to seed the planet. Mayan Gods and Goddesses are: Kukulcan – Winged God – Feather Serpent. His pyramid was the Pyramid of the Sun in Teotihuacan. Another Sun God – Kinich Ahau or Ahaw Kin. Yumil Kaxob; Yum Cimil; Ixtab and Yum Kaax. Within Mayan culture they have legends of visiting Gods from outer space. As in all creational myths, religions, and prophecies, the gods promise to return one day.

Lecture on Lincoln and the Emancipation Proclamation