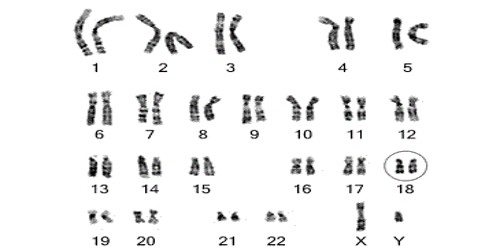 A karyotype is the number and appearance of chromosomes in the nucleus of a eukaryote cell. It is simply a picture of a person’s chromosomes. The term is also used for the complete set of chromosomes in a species or an individual organism. It describes the number of chromosomes, and what they look like under a light microscope. They are prepared using standardized staining procedures that reveal characteristic structural features for each chromosome. Attention is paid to their length, the position of the centromeres, any differences between the sex chromosomes, and any other physical characteristics. The preparation and study of karyotypes is part of cytogenetics (cytology and genetics).  Careful analysis of karyotypes can also reveal more subtle structural changes, such as chromosomal deletions, duplications, translocations, or inversions. 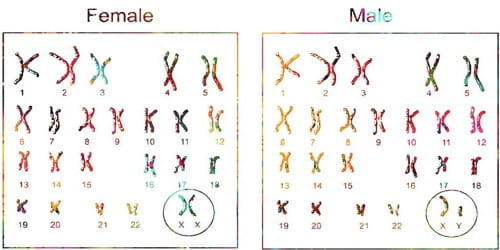 The karyotype is used to look for abnormal numbers or structures of chromosomes. The chromosomes are depicted (by rearranging a microphotograph) in a standard format known as a karyogram or idiogram: in pairs, ordered by size and position of centromere for chromosomes of the same size. This may be used for many purposes; such as, to show genetic disease, what sex the animal is and its diploid number. It is a laboratory procedure that allows your doctor to examine your set of chromosomes. In humans, cytologists have used karyotypes to help identify genetic abnormalities a baby might have before it is born. This helps your doctor easily determine if any chromosomes are missing or damaged.

Karyotyping can be used to detect a variety of genetic disorders. It may be studied to gather information about past evolutionary events, such as polyploidy. Drug Discovery Could be Aided by New Computer Modeling