Scientists discovered that in one out of every 4,000 births, some of the genetic code from our mitochondria – the “batteries” that power our cells – inserts itself into our DNA, providing a surprising new insight into how humans evolve.

Researchers from the University of Cambridge and Queen Mary University of London show in a study published in Nature that mitochondrial DNA appears in some cancer DNA, implying that it acts as a sticking plaster to try to repair damage to our genetic code.

Mitochondria are small ‘organelles’ that reside within our cells and function as batteries, supplying energy in the form of the molecule ATP to power the cells. Each mitochondrion has its own DNA, known as mitochondrial DNA, that differs from the rest of the human genome, which is made up of nuclear DNA.

Billions of years ago, a primitive animal cell took in a bacterium that became what we now call mitochondria. These supply energy to the cell to allow it to function normally, while removing oxygen, which is toxic at high levels.

To investigate these claims, the Cambridge team looked at the DNA from over 11,000 families recruited to Genomics England’s 100,000 Genomes Project, searching for patterns that looked like paternal inheritance. The Cambridge team found mitochondrial DNA ‘inserts’ in the nuclear DNA of some children that were not present in that of their parents. This meant that the US team had probably reached the wrong conclusions: what they had observed were not paternally-inherited mitochondrial DNA, but rather these inserts.

Now, after expanding their research to over 66,000 people, the team demonstrated that new inserts are occurring all the time, revealing a new way our genome evolves.

“Billions of years ago, a primitive animal cell took in a bacterium that became what we now call mitochondria. These supply energy to the cell to allow it to function normally, while removing oxygen, which is toxic at high levels,” explained Professor Patrick Chinnery of the Medical Research Council Mitochondrial Biology Unit and Department of Clinical Neurosciences at the University of Cambridge.

“All of this was thought to have occurred a very long time ago, mostly before we even existed as a species, but we’ve discovered that this is not the case. We can see bits of our mitochondrial genetic code transferring into the nuclear genome in a measurable way right now.”

The researchers estimate that one in every 4,000 births has mitochondrial DNA transfer to nuclear DNA. If that person has children, they will pass these inserts on. The team discovered that the majority of us carry five of the new inserts, with one in seven (14%) carrying the most recent ones. Once implanted, the inserts can cause extremely rare diseases, such as a rare genetic form of cancer.

It isn’t clear exactly how the mitochondrial DNA inserts itself — whether it does so directly or via an intermediary, such as RNA — but Professor Chinnery says it is likely to occur within the mother’s egg cells.

When the team looked at sequences taken from 12,500 tumour samples, they found that mitochondrial DNA was even more common in tumour DNA, arising in around one in 1,000 cancers, and in some cases, the mitochondrial DNA inserts actually causes the cancer.

“Our nuclear genetic code is breaking and being repaired all the time,” said Professor Chinnery. “Mitochondrial DNA appears to act almost like a Band-Aid, a sticking plaster to help the nuclear genetic code repair itself. And sometimes this works, but on rare occasions if might make things worse or even trigger the development of tumours.”

More than half (58%) of the insertions were in regions of the genome that code for proteins. In the majority of cases, the body recognises the invading mitochondrial DNA and silences it in a process known as methylation, whereby a molecule attaches itself to the insert and switches it off. A similar process occurs when viruses manage to insert themselves into our DNA. However, this method of silencing is not perfect, as some of the mitochondrial DNA inserts go on to be copied and move around the nucleus itself.

The researchers looked for evidence that the opposite might occur, that mitochondrial DNA absorbs parts of our nuclear DNA, but found none. There are several possibilities for why this is the case.

Professor Sir Mark Caulfield, Vice Principal for Health at Queen Mary University of London, stated: “I am overjoyed that the 100,000 Genomes Project has revealed the dynamic interplay between mitochondrial DNA and our genome in the nucleus of the cell. This defines a new role in DNA repair, but it also has the potential to cause rare disease or even cancer.” 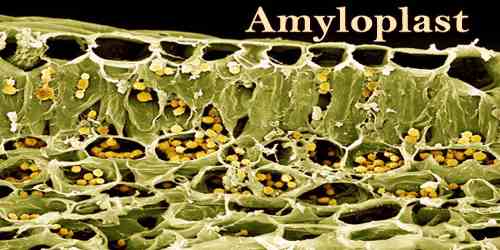 Researchers Identified a Protein that linked to Appetite and Metabolism