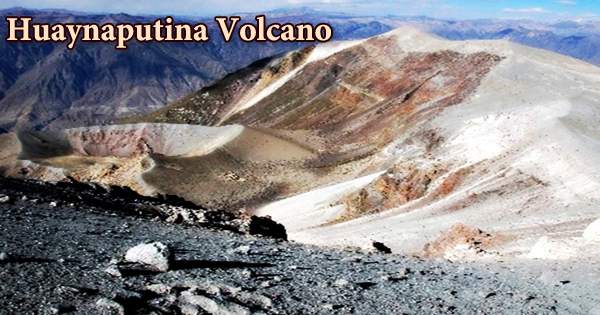 Huaynaputina (/waɪnəpʊˈtiːnə/ WY-nə-puu-TEE-nə; Spanish: wajnapuˈtina) is a small volcano situated 26 kilometers south of Ubinas volcano in southern Peru. It is the result of the subduction of the oceanic Nazca tectonic plate underneath the continental portion of the South American tectonic plate, and it is part of the Andean Volcanic Belt’s Central Volcanic Zone. Huaynaputina is a large volcanic crater with an outer stratovolcano and three younger volcanic vents, but no discernible mountain profile. It was the site of South America’s largest historical eruption, which erupted an estimated 30 cubic kilometers of dacitic tephra, including ashfall and pyroclastic-flow deposits, in 1600.

The eruption had a major impact on the Earth’s atmosphere, dropping temperatures in the Northern Hemisphere and depositing millions of tons of acid. Floods, famines, and cold waves wreaked havoc in a variety of locations. Climate change wreaked havoc in countries as far apart as Russia, and it may have led to the start of the Little Ice Age. Its scale is comparable to the Krakatau eruption of 1883. It was not even recognized as a volcano prior to the 1600 eruption, and was identified as a “low ridge in the center of a Sierra.”

The volcano’s pyroclastic flows, mudflows, and ashfall devastated towns, ravaged Arequipa and Moquegua, killed more than 1,500 people, and harmed the regional economy for decades. Sulfuric acid droplets produced in the atmosphere from sulfur dioxide stopped large amounts of sunlight from reaching the earth’s surface. The volcano is situated in a remote area with no human activity. Even so, the surrounding area has around 30,000 inhabitants, with another 1 million in the Arequipa metropolitan area. If an eruption similar to the one that occurred in 1600 occurred today, it would almost certainly result in a large death toll and major socioeconomic disruption.

The volcano Huaynaputina does not have a prominent topographic elevation. It is situated inside a 2.5-kilometer-wide caldera that has been enlarged by glacial erosion. The volcano is made up of three overlapping cinder cones with craters up to 100 meters deep. During the eruption of 1600 AD, these cones formed. The older edifice’s flanks are completely coated in ash deposits from the same eruption. After the 1600 eruption, the volcano was given the name Huaynaputina, which is also spelled Huayna Putina or Guagua Putina. Huayna means ‘new,’ and Putina means ‘fire-throwing mountain,’ according to one translation; the full name is intended to suggest the ferocity of its volcanic activity, and refers to the 1600 eruption as the first.

The latitude of Huaynaputina, Peru is -16.608000, and the longitude is -70.849998. Huaynaputina, Peru is in the Mountains category of the Peru country, with gps coordinates of 16° 36′ 28.8000″ S and 70° 50′ 59.9928″ W. The Andes’ Central Volcanic Zone contains the volcano. Sara Sara, Coropuna, Ampato, Sabancaya, El Misti, Ubinas, Ticsani, Tutupaca, and Yucamane are among the other volcanoes in this district, which range from northwest to southeast. Ubinas is the most active volcano in Peru; Huaynaputina, El Misti, Sabancaya, Ticsani, Tutupaca, Ubinas and Yucamane have been active in historical time, while Sara Sara, Coropuna, Ampato, Casiri and Chachani are considered to be dormant.

Huaynaputina is located in the Omate and Quinistaquillas Districts of the General Sánchez Cerro Province in Peru’s Moquegua Region. Its current shape was formed during the cataclysmic eruption of 1600, which was one of the largest volcanic explosions ever experienced in South America. For two weeks, the previously inactive volcano exploded with its deadly ballast of ash, rock, and molten lava, dumping an estimated 12-cu km (2.9 cu mi) of ash into the atmosphere.

It was the largest eruption in South America and one of the largest in the world in the last 2000 years, according to historical records. It erupted up to 30 cubic kilometers of tephra (or around 12 cubic kilometers of magma) and is comparable to Krakatau’s Plinian eruption in 1883. The eruption’s pumice and ash layer occupy an area of 360,000 km2. Huaynaputina is situated at an elevation of 4,850 meters (15,910 ft). It is made up of an outer composite volcano, or stratovolcano, and three younger volcanic vents that are nested inside a 2.5-kilometer (1.6-mile) wide and 400-meter (1,300-foot) deep amphitheatre.

A series of earth tremors and quakes preceded and followed the eruption, the most extreme of which measured over 8.0 on the Richter scale. The eruption’s lahars (volcanic mudflows) engulfed many entire villages as they made their lethal way down to the coast, 120 kilometers (75 miles) south, causing the obliteration of large parts of Arequipa, Peru’s second capital. The eruption took the lives of an undisclosed number of people and wreaked havoc on the villages and surrounding cities of Arequipa and Moquengua. Quinististacas village, 11 kilometers south of Huaynaputina, had its inhabitants buried under hot pumice and ash.

Fissures fed this strong eruption, which resulted in pyroclastic flows and surges that traveled 13 kilometers east and southeast. 120 kilometers downstream, hot mud flows (lahars) entered the Pacific Ocean. The effect of the Huaynaputina eruption on global weather patterns was perhaps its most notable aspect. Recent research by geophysicists in the United States indicates that the exceptionally harsh winters endured by many parts of the northern hemisphere in the years following the eruption were triggered by the vast quantities of sulphur released into the atmosphere; the resulting droplets of sulphuric acid served as solar barriers, lowering temperatures.

The volcano has modest dimensions and rises less than 600 meters (0.37 miles) above the surrounding terrain, but the eruption’s products cover most of the area, especially the west, north, and south of the amphitheater. Huaynaputina had no reported eruptions prior to the 1600 eruption, and there were no known eruptions of Huaynaputina other than fumarolic activity. Scientists now claim that the Huaynaputina eruption was to blame for the severe weather conditions that triggered progressive crop failures in Russia at the start of the 16th century, leading to the famines of 1601-1603 that killed over two million people. 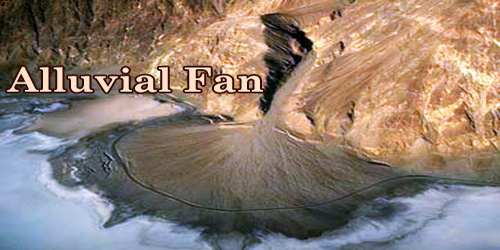 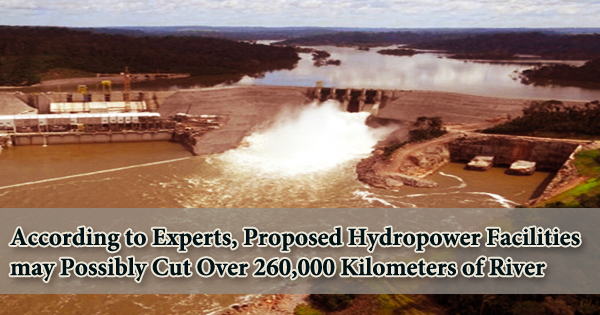 According to Experts, Proposed Hydropower Facilities may Possibly Cut Over 260,000 Kilometers of River 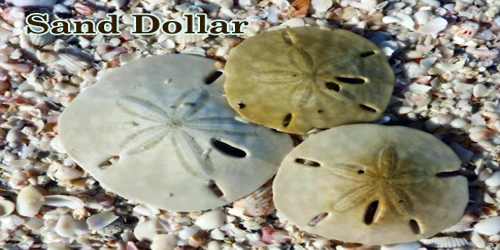 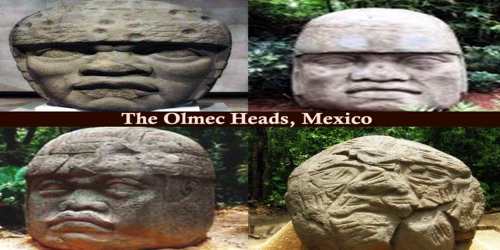