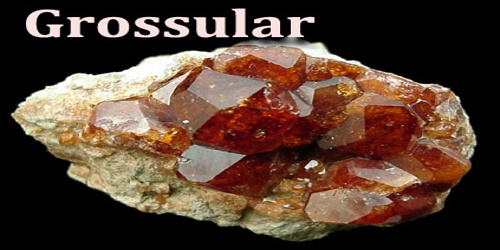 Grossular is the calcium aluminum garnet and forms in contact or regional metamorphic environments as does andradite the calcium iron garnet. It is believed that these garnets form from the metamorphism of impure siliceous limestones. The name grossular is derived from the botanical name for the gooseberry, grossularia, in reference to the green garnet of this composition that is found in Siberia. Other shades include cinnamon brown (cinnamon stone variety), red, and yellow. 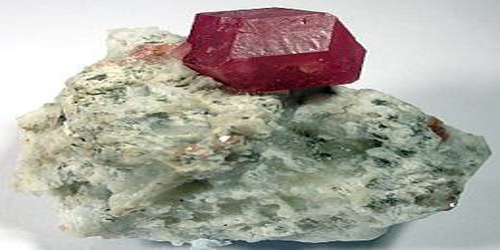 Grossular is a gemstone. Originally named “cinnamon stone” (“Kanelstein” in German) in 1803 by Abraham Gottlob Werner and renamed grossularite by Werner in 1808. Named for the color of gooseberries (Ribes grossularium) as the original specimens were this color.

In geological literature, grossular has often been called grossularite. Since 1971, however, use of the term grossularite for the mineral has been discouraged by the International Mineralogical Association.

As a potent prosperity stone, Grossular Garnet is healing of all limitations on the physical level, in health or wealth. Green Garnet carries an especially regenerative energy, and is excellent for those who’ve had money problems and wish to reform. As a stone of strength, Grossular Garnet will benefit new business ventures, promoting growth and warm client contact. It strengthens stability in lawsuits and challenges, transforming lower forms of response and reaction to loving forms of reply.

Production and Types of Grossular Garnets

Grossular is found in contact metamorphosed limestones with vesuvianite, diopside, wollastonite and wernerite. A highly sought after variety of gem garnet is the fine green Grossular garnet from Kenya and Tanzania called tsavorite. This garnet was discovered in the 1960s in the Tsavo area of Kenya, from which the gem takes its name. 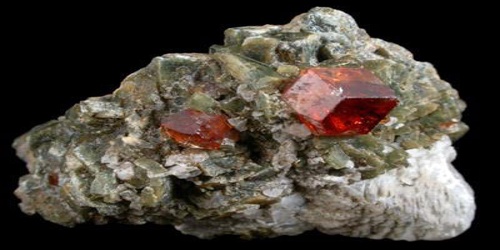 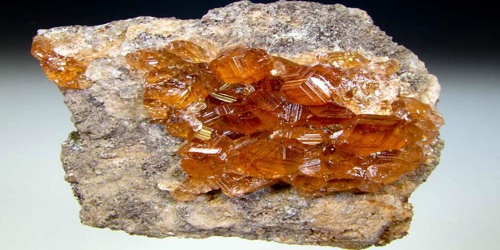 Properties and Applications of Grossular

Grossular forms a solid solution series with Andradite, and can be virtually indistinguishable from it in localities where they both occur together. Grossular is named for its color resemblance to gooseberries, which are scientifically known as ribes grossularium. Its chemical formula: Ca3Al2Si3O12, and variable formula: Ca3(Al,Fe3+,Mn,Cr)2Si3O12. It is usually in sharp dodecahedral crystals and dense dodecahedral aggregates. Crystals often have growth patterns, etchings, and striations. Occasionally in trapezohedral crystal or trapezohedral-dodecahedral modifications. Also massive and in dense growths of tiny crystals. 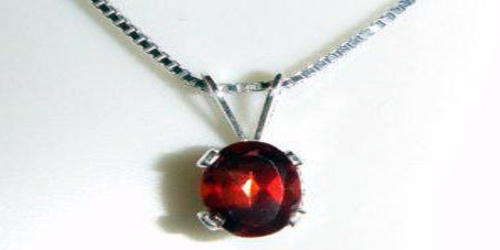 Grossular Garnet is an excellent crystal to soothe and reduce emotional extremes, encouraging social growth and service to community. Grossular Garnet physical healing properties include aiding in recovery of illness or trauma by regenerating new cell growth and stimulating the blood. It also detoxifies and alleviates inflammations throughout the body and boosts the immune and respiratory system.

It honors three Goddesses, and a vast number of Angels are drawn to its myriad color energies, from lush green rays to the warmest shades of the sun. Garnet is the traditional birthstone of January, and because of its various hues, Grossular Garnet is the natural birthstone of many born from early spring to mid-autumn. Garnet is the zodiac stone for those born under the sign Aquarius, and is an Enhancer Strengthener crystal. Grossular Garnet has the properties of Wood and Fire energies, and is a talisman to attract abundance, joy and health.