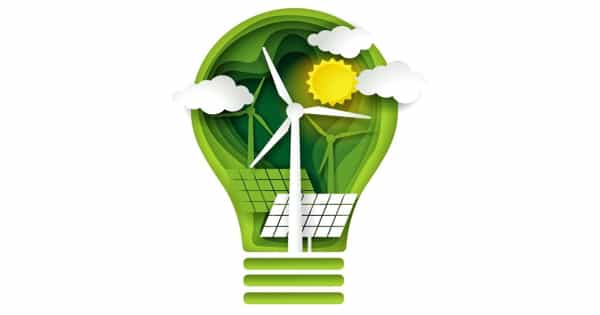 The world is still heavily reliant on fossil fuels, and almost everything you buy has a significant carbon footprint due to CO2 emissions emitted during manufacturing and transportation. Batteries are no different. Manufacturing emissions will decrease as the world uses more renewable energy and recycled materials, but making batteries currently emit a significant amount of CO2. This is commonly referred to as the embodied energy of a battery.

It is difficult to determine how much CO2 is released during the manufacturing of a typical battery system because it depends on the type of battery, the materials used, how they were produced, how far they were transported, and how much recycled material was used.

Batteries have the potential to be a game-changing technology as we decarbonize our economy, and their benefits are amplified when shared across communities, according to a study led by the University of Otago.

According to co-author Associate Professor Michael Jack, Director of the Energy Programme in the Department of Physics, the low cost of batteries for household use is causing rapid deployment, primarily for storing solar and wind power for later use, but they could have a variety of uses in a future electricity grid.

Batteries are potentially a game-changing technology as we decarbonize our economy, and their benefits are even greater when shared across communities, a new study has found.

“For example, they could be used to feed energy back into the grid when renewable supply is low.” Alternatively, they could allow a home to reduce its demand on the grid during times of constraint, reducing the need for costly new lines.

“As we transition to more renewable energy and increase our use of electric vehicles,” he says, “these services would benefit a local community and the national grid, not just the individual house with the battery.”

The study, which was published in the journal Energy & Buildings, sought to determine how much capacity a battery would need to have in order to keep peak demand below a certain threshold for both individual houses and groups of houses. The researchers considered load smoothing around the average as well as peak shaving, in which the battery ensures that grid power demand does not exceed a predetermined threshold.

“Our main finding is that if the houses are treated collectively rather than individually, the size of the battery required for this purpose is much smaller – up to 90% smaller.” For example, if peak shaving occurred for demand greater than 3 kW per house, deploying batteries individually for 20 houses would necessitate 120 kWh of storage, whereas deploying them collectively would necessitate only 7 kWh. Sharing batteries or having one battery for every 20 houses will be a much more cost-effective way of providing these services.

“Another important finding was that, because the peaks are mostly in the winter, the battery would still be largely available for storing energy from solar cells in the summer, so this would be an additional service rather than competing with the main use of the battery,” Associate Professor Jack says.

While electricity markets are not currently set up to capitalize on this potential, things are changing quickly. “Aurora Energy and SolarZero are currently conducting a trial to solve issues with constrained lines in upper Clutha using batteries in the manner described in our paper. Once established, this model has the potential to become much more widely used “he claims.

Many households may have batteries in the future and use these, or batteries in their electric vehicles, to provide grid services. These batteries and other appliances in homes and businesses will be equipped with smart controllers that allow them to reduce demand or feed electricity back into the grid in order to accommodate the fluctuations of variable renewable supply and reduce the need for grid infrastructure. People who respond in this manner would be compensated for their contributions to the larger grid.

“This could pave the way for a much lower-cost, collaborative approach to decarbonizing New Zealand’s energy system.” Batteries, unlike many other forms of energy storage and generation, are particularly valuable because they offer flexibility. They can respond faster than other energy storage or generation technologies, and by switching on and off in fractions of a second, they can help maintain grid stability. The use of batteries for renewable energy is expected to increase in the coming years due to the technology’s versatility and falling costs.