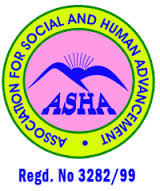 Association for Social Advancement is short name is ASA. ASA is a non governmental organization and stands for Association for Social Advancement. It is organized in 1978 and its main branch is in Mohammadpur, Dhaka ASA is one of the leading Microfinance Institutions (MFIs) in the world ASA. ASA has emerged as one of the largest and most efficient Microfinance Institution (MFI) in the world and has been working relentlessly to assist the poor since its inception in 1978.The major drive behind ASA is to gradually eradicate poverty from society.

Position on the Mitigation of the Annex 1 Countries