High rise constructions and buildings must have fire and other safety precautions. When compared to other building construction concepts, high-rise structures have a few distinguishing qualities and traits that set them apart. High-rise structures are thought to be the result of modern evolution. It is made up of sophisticated systems and necessary elements.

Each of these systems carry out special roles either positive or negative. These elements have an effective role in the overall fire department’s operation.

The majority of high-rise construction’s parts are designed with emergency or fire risk safety in mind. They are more focused on fire systems to protect the occupants.

These will hence demand costlier building systems and unique fire safety codes. The fire and safety issues with different features available in the high-rise building is explained hereby.

High-rise structures have drawn a lot of attention in terms of fire safety throughout the years all across the world. The high-rise building’s various floors force a large number of people to climb steep stairs for lengthy distances while being evacuated.

The safety of high-rise buildings has an impact on public rules, building design, building ownership, code bodies, and regional, local, and federal governments.

The high rise buildings are designed to be safe at all undesirable conditions. However, it will be important to quickly assume responsibility for their own safety and planned action from the fire fighters when a full-scale evacuation is required.

High rise building development places a greater emphasis on building fire and emergency considerations than other types of building construction. The first important step in comprehending this is to research the building’s number of floors.

For the same reason, the number of floors both above and below grade must be assessed. The manner in which these levels are recognized and labeled within the structure will have a significant impact on the firefighting operations.

If there is a floor with the number 13, for instance, it is determined whether there are any more levels, such as mezzanines or concourse levels, or it is discovered that floor 13 is where the mechanical level is located and has various mechanical levels. Or sometimes the floor has a penthouse level.

Concerns about the high-rise building construction characteristics that are available will arise in the event of a high-rise fire or any other emergency.

Hence the Incident Commander (IC) have the role to assign different teams to conduct an ongoing reconnaissance. The team consists of group leaders and division supervisors. Most of the fire department consists of a system officer who is positioned inside the fire command center (FCC).

The system officer is in charge of keeping an eye on various building systems, including the elevators, HVAC system, and fire alarm panel. The incident commander relies heavily on the system officer to provide statistics and information about the building that are deemed to be of the utmost importance.

The IC also identifies the generation into which a high rise building belongs and makes a rapid determination of its age. Knowing whether the building uses any lightweight components, such as any truss assembly, is crucial.

With the help of this concept, we can determine how long fire fighters can safely work inside structures.

Concerns on the Structural System the Building Possess

The concerns or question that comes to mind during a fire operation is whether:

This information will help in bringing a quality pre-fire plan. When you look at how high rise buildings are used around the world, you’ll notice that almost every nation has a sizable amount of them.

The building’s pre-fire plan won’t be as effective as it may be because of inadequate resources and time constraints. However, it takes many businesses to construct these pricey pre-fire plans.

It’s a matter of fact that most of the buildings do not possess a plan by themselves nor approach any other company for the same.

Concerns on Static and Dynamic Features of Building

With demand, more and more up gradation is brought to the buildings. Any change on features of the building system will affect the plan and the considerations. Hence these plans must be updated accordingly.

Concerns on the materials used in High Rise Building

The majority of floors in contemporary high-rise buildings are made of a metal deck over which concrete is poured. Regarding this, the questions arise on

When building high rises, the issue of whether the roof can support a helicopter’s weight is brought up. Other concerns are on the roof obstructions.

Firefighters working on the roof and those who must be evacuated are both further protected by the roof’s thick parapet walls. Shorter parapets won’t offer any protection during activities at night or when visibility is impaired by smoke.

To create the best fire safety plan, it is crucial to identify and assess the fire detection and protection system that is already present in the structure.

There may be different types of fire detection devices installed in the building. The smoke detectors, heat detectors, manual pull stations, rising rate, and others are examples of these. Understanding where the building’s fire alarm is located is crucial.

If many alarms in various places give any hint, it fixes the likelihood that the building will actually catch fire. It is advised to check the lowest alert when several locations emit alarms.

It is crucial to have thorough understanding of the built-in fire protection systems in order to establish a fire prevention system in a high-rise building. Water supply is an essential concern with the fire safety measure.

The fire department connection (FDC) running under the area and the community will provide a backup water supply in the event that the primary water supply runs out of water or stops working altogether.

Early Identification of number of stairs in the building must be considered. The majority of high-rise structures have two stairwells that extend the entire height of the structure. However, one of the two will likely have access to the roof.

These main stairwells are pressurized in modern high-rise buildings when the fire alarms of particular zones are triggered. In older structures, one stairwell will act as a smoke tower in the event of a fire.

No matter the stair type scissor or return both are shown to be crucial in a fire emergency. During an emergency plan, knowing which stair may be used for evacuation and which is easily occupied by the fire is vital information.

It is necessary to categorize which stair is utilized for evacuation and which is the attack stair as part of a pre-plan for the building’s proper operation.

Concerns with the Elevators

All high-rise building will possess elevators. Elevators in large buildings will be increasingly numerous and will be organized into independent banks that serve different regions.

Elevators can be considered as an essential parameter for the firefighters. They behave as valuable tools in emergency situations. Operational success is attained by accounting the number of elevators and their type, before undergoing the operation.

Most of the modern high rise buildings are equipped with well modernized and sophisticated Heating ventilation and the air conditioning system.

The first and the second generation high-rise building make use of horizontal ventilation. Any chance of smoke found, make them to open the windows. This way blocking of smokes was avoided. This strategy is not possible in the present day modern high rise buildings.

The third-generation buildings where more of sealed ones. These were known as windowless structures. This isn’t because there aren’t any windows in the building; rather, it’s because they can be readily opened or smashed out of.

A smoke produced in a third-generation building will be gathered in a far-off location of the structure. This problem is well solved by the installation of HVAC system. Sometimes the HVAC system can result in very tragic negative problems also.

The problem of ventilation in high rise buildings is a great issue. Smoke-related problems are more common than fire-related ones. Numerous injuries and fatalities have been caused by the smoke during the majority of the fires in the high-rise building.

To avoid additional costs, the ventilation issue in high rise structures must be taken into account during the original planning stage of the constructions.

Concerns with the Utilities in the High-Rise Buildings

Daily building necessities like electricity, water, steam, and natural gas play a crucial part in how well a building runs every day. When there is a fire emergency, these procedures are crucial. Controlling these operations is a straightforward process that requires little effort and can greatly increase safety.

The fire damage will be categorized under three ways.

It is noted that there are fewer injuries and fatalities in the majority of recorded fire occurrences. Everyone wants to reduce the impact on property damages as well.

The occupants of high rise buildings are seriously at risk from the heat and smoke migration within the structure. The majority of fire-related fatalities occur inside residential homes.

Toxic gases that are particularly harmful to human health will arise as a result of the fire. When compared to the importance of life safety, structural damage is less significant in these circumstances. After the fire has been put out, it is discovered that the building has water damage. Repair and upkeep entail a significant financial loss.

The high-rise structures are crammed with expensive and bulky machinery. These factors will cause a lot of property loss due to fire. Numerous businesses have gone bankrupt as a result of these factors since their production process was entirely stopped and they lost the market.

There are many factors that affect the fire and safety concerns of a high-rise building. No matter how severe the fire damage, it is always advised that the measures and activities have life safety as their first priority. In order to lessen fire damage, this will call for fire and construction codes that have both passive and active fire protection measures.

Performance Based Design for Structural Safety against Fire

Buildings are designed using the performance-based design philosophy, which considers the primary objectives. Thus, from a structural point of view, PBD is thought to be one of the greatest solutions to this fire hazard.

The selection of a level from the levels, Immediate Occupancy (IO), Life Safety (LS), Collapse Prevention (CP) is the basis on which the building design. This is mainly a design concept used in earthquake resistant structures.

Damage statuses vary depending on the level. The life safety level is employed in fire-resistant design, where we anticipate damage to the building but no danger to life. It can be sometimes chosen between IO and LS also.

The PBD design will focus more on providing hinges at key locations on the structure, increasing the building’s ductility. The capacity to have fire dynamics in the spaces of tall buildings is described by this ability to supply performance hinges.

How severe be the fire, the structure should stand still letting all the life to be safe, this must be the output of a PBD design.

Assessing the crucial elements that are involved in the fire safety strategy will be made easier by understanding and analyzing the fire accidents that occurred in modern buildings. Since this accurately captures the character of tall buildings. 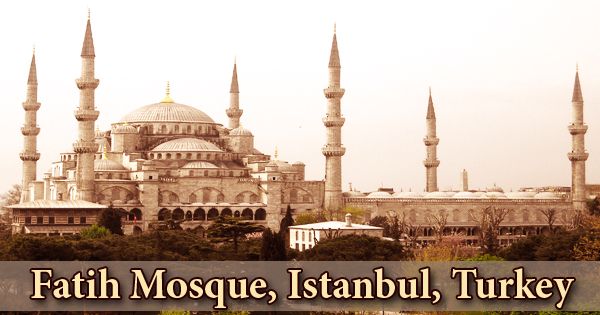