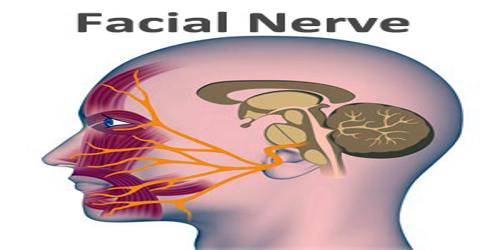 Facial nerve is the seventh cranial nerve, supplying the muscles controlling facial expression, glands of the palate and nose, and the taste buds in the anterior two-thirds of the tongue. It is a mixed nerve that has fibers both going out and coming in (both efferent and afferent fibers). It supplies the muscles of facial expression. It emerges from the brainstem between the pons and the medulla, controls the muscles of facial expression, and functions in the conveyance of taste sensations from the anterior two-thirds of the tongue and oral cavity. It also supplies preganglionic parasympathetic fibers to several head and neck ganglia. 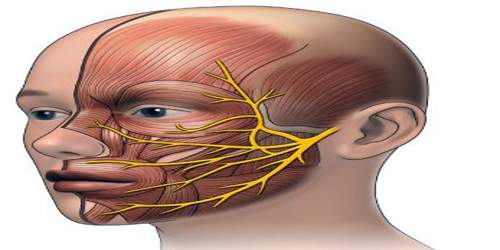 The pathways of the facial nerve are variable, and knowledge of the key intratemporal and extratemporal landmarks is essential for accurate physical diagnosis and safe and effective surgical intervention in the head and neck.

The facial nerve is composed of approximately 10,000 neurons, 7,000 of which are myelinated and innervate the nerves of facial expression. Three thousand of the nerve fibers are somatosensory and secretomotor and make up the nervus intermedius.

Structre and Functions of Facial Nerve

Facial nerve is the seventh cranial nerve, and so is often referred to as cranial nerve VII or simply CN VII. Nerve signals from the cranial nerve play important roles in sensing taste as well as controlling the muscles of the face, salivary glands, and lacrimal glands. The facial nerve travels from the pons through the facial canal in the temporal bone to exit the skull at the stylomastoid foramen. 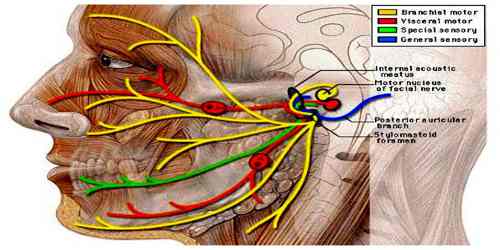 As the facial nerve passes through the temporal bone, several smaller nerves branch off from the main nerve, including the greater (superficial) petrosal nerve and the chorda tympani.

After passing through the stylomastoid foramen, the facial nerve emerges just inferior to the ear and splits into several superficial branches.

Finally, the temporofacial and cervicofacial branches separate to innervate the muscles of the upper and lower face, respectively. The temporofacial nerve divides into the temporal, zygomatic, and infraorbital branches to reach the frontalis and orbicularis oculi muscles, among others. Fibers from the cervicofacial branch split into the buccal, mandibular, and cervical nerves to innervate the nasalis, zygomaticus major, buccinator, orbicularis oris, platysma, and other muscles surrounding the nose and mouth. 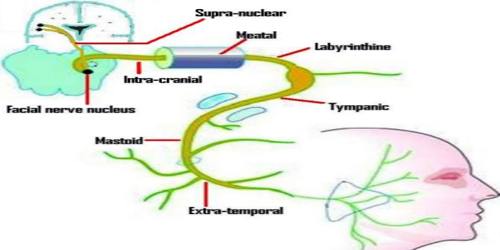 The main function of the facial nerve is motor control of all of the muscles of facial expression. It also innervates the posterior belly of the digastric muscle, the stylohyoid muscle, and the stapedius muscle of the middle ear. All of these muscles are striated muscles of branchiomeric origin developing from the 2nd pharyngeal arch.

This nerve performs two major functions. It conveys some sensory information from the tongue and the interior of the mouth. Specifically, CN7 serves about two-thirds of the tongue’s tip. The nerve extends from the brain stem, at the pons and the medulla. Also, this nerve innervates facial muscles, controlling how to contract and produce facial expressions.

Like all nerves, the facial nerve is made of thousands of individual neurons bundled together with connective tissue and blood vessels. The outside of the nerve is covered in a layer of connective tissue known as the epineurium that protects the soft neurons within and holds the nerve together as a cohesive mass. Within the epineurium, small arterioles and venules provide blood flow to many small bundles of neurons known as fascicles.