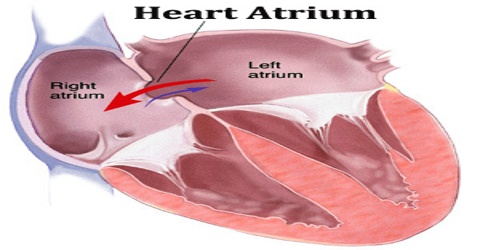 Atrium (Heart) is a chamber of the heart that receives blood from the veins and forces it by muscular contraction into a ventricle. In humans, this process is controlled by the heart. The heart is an organ made of mostly muscle, and this muscle is necessary to pump blood throughout the body. Mammals, birds, reptiles, and amphibians have two atria; fish have one. 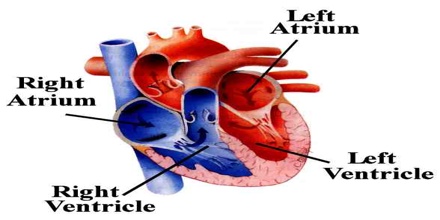 In humans the atria are the two upper chambers of the heart. Each is roughly cube-shaped except for an ear-shaped projection called an auricle. Atrium is the receiving chamber of the heart. In other words, when blood arrives at the heart, it will enter the atrium first. The walls of the atrium are relatively thin compared to the ventricles and do not generate a large amount of contraction to pump blood.

The main function of the atria is to facilitate circulation by rhythmically contracting and relaxing their walls, pushing the blood that is returned to them via the major venous vessels during ventricular systole into the ventricles. 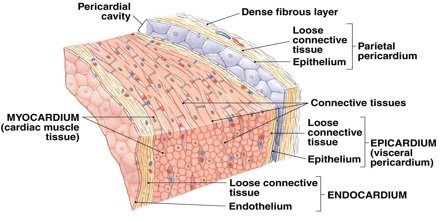 What is Atrial Heart Wall?

The wall of the heart is divided into three layers and is composed of connective tissue, endothelium, and cardiac muscle. The layers of the heart wall are the outer epicardium, the middle myocardium, and the inner endocardium. The walls of the atria are thinner than the ventricle walls because they have less myocardium. Myocardium is composed of cardiac muscle fibers, which enable heart contractions. The thicker ventricle walls are needed to generate more power to force blood out of the heart chambers.

Structure and Functions of Atrium

Atria are divided into the left atrium and the right atrium, which correspond to the left and right sides of the heart. The atria are built and held up by rigid endocardial muscle fibers that completely encompass the blood as it flows through them. 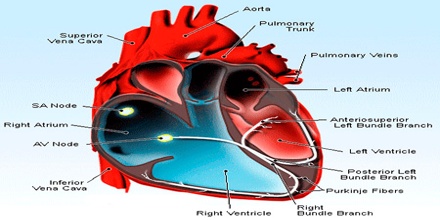 The main anatomical structure of note is the foramen ovale, which this is an embryological foramen within the atrial walls that allows blood to shunt between the two atria. Normally, around the time of birth this hole in the cardiac walls closes. If the foramen ovale doesn’t seal completely an atrial septal defect (ASD) occurs, more specifically, a patent foramen ovale (PFO). This is a congenital heart defect. It is not however generally problematic in child or adulthood. It can be found in 15-35% of all people.

Its primary roles are to act as a holding chamber for blood returning from the lungs and to act as a pump to transport blood to other areas of the heart.

Right Atrium – Right atrium is one of the four chambers of the heart. The right atrium and right ventricle are often referred to as the right heart and similarly the left atrium and left ventricle are often referred to as the left heart. Internally, there are the rough pectinate muscles and crista terminalis of His, which act as a boundary inside the atrium and the smooth walled part of the right atrium, the sinus venarum derived from the sinus venosus. 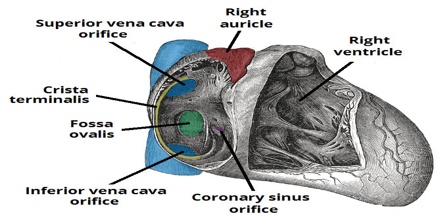 Attached to the right atrium is the right atrial appendage – a pouch-like extension of the pectinate muscles. There is a major difference between the heart of a developing fetus and that of a fully mature adult: a fetus will have a hole in the right atrium. This allows blood to flow straight through to the left atrium. 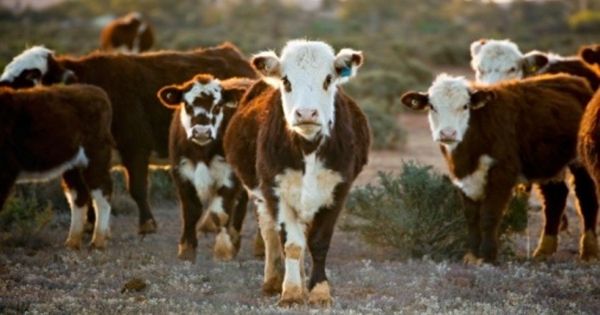