Home Other Essay On Secularism 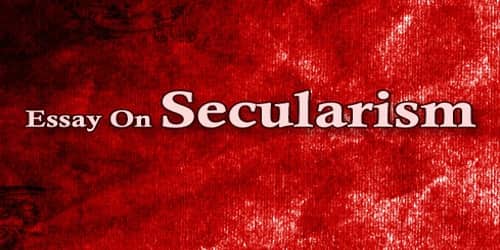 Introduction: ‘Secularism’ is the concept of independence of the state and the religious groups. This is an ideology which is highly important for a democratic country and especially the one where people from various religions reside. Secularism ensures the freedom of expression of ideas and beliefs of one and all. It also helps in the peaceful functioning of the state.

In a certain context, the word (“Secularism”) can refer to anticlericalism, atheism, desire to exclude religion from social activities or civic affairs, the banishment of religious symbols from the public sphere, state neutrality toward religion, the separation of religion from state, or disestablishment (separation of church and state).

History of Secularism: The movement toward secularism has been in progress during the entire course of modern history and has often been viewed as being anti-Christian and antireligious. In the latter half of the 20th century, however, some theologians began advocating secular Christianity. They suggested that Christianity should not be concerned only with the sacred and the otherworldly but that people should find in the world the opportunity to promote Christian values. These theologians maintained that the real meaning of the message of Jesus can be discovered and fulfilled in the everyday affairs of the secular living.

Secularism first appeared in the West in the classical philosophy and politics of ancient Greece, disappeared for a time after the fall of Greece, but resurfaced after a millennium and a half in the Renaissance and the Reformation. He writes:

“An increasing confidence in human capabilities, reason, and progress, that emerged during the Italian Renaissance, together with an increasing distrust in organized and state-supported religion during the Reformation, was responsible for the ushering of modernity during the Enlightenment, which brought all facets of human life including religion under the purview of reason and thus became responsible for the freeing of education, society, and state from the domination of religion; in other words, the development of modern secularism.”

Education and Secularism: One of the major challenges to modern-day secularism is the lack of education. When proper education is not provided to the young minds about the importance and sole objective of this ideology, then they tend to follow traditions and reach out to people based on their caste and religion. Proper education and clarity among the future generation will lead to unbiased and clear decisions in the future as far as religion and the state are concerned. Students have to be taught that following or not following a religion is an individual action based on the taste and ideology of that particular individual.

Problems with Secularism: The basic definition of the philosophy of secularism includes the separation of the state and religious groups. Both should work independently and abide by the law at the same time. After several decades of independence still, political parties continue to use the agenda of religious diversity and caste basis to gain power at the time of elections. Religious groups and politics seem deeply embedded sometimes due to certain politicians who refuse to accept the sole motive of creating a secular state for their own personal gains. This act of many politicians undermines the sole objective of the introduction of the ideology of secularism for the tranquil functioning of the government.

The educational curriculum sometimes fails in inculcating secular values in children which reflects in their opinions as they grow up.

At times people often are mistaken or refer India as a Hindu state due to the majority of the population being Hindu which degrades our constitution which announces India as a solely secular country where no religions are or should be prioritized and decisions should not be taken while keeping in mind religious or caste-based aspects.

In many parts of the world, secularism is often misinterpreted with atheism. These words create a great deal of confusion all around the world. Secularism does not mean the absence or invalidity of any religion or religious relics. It refers to the independence of government and religious groups where none can exert pressure or dominance over the other. Secularism refers to the freedom of people to practice any religion of their choice or to not practice any at all. No religion is to be forced on people residing in a truly secular state.

Atheism refers to no belief in God or anything related such as religions whereas secularism refers to the equal treatment of all religions along with the atheists and the separation of religion and state religious matters. Hence, these are both widely different terms and should not be mistaken as one as it undermines the sole motive of the establishment of a secular state.

Conclusion: Secularism entitles the state with the responsibility to maintain neutrality in matters of religion. In a secular country, no state can legally favor or loathe a particular religion whereas individuals residing in a country are free to follow and practice the religion of their choice. The government along with the scholars on the subject should work together to ensure that the message of secularism is delivered loud and clear to one and all and maintain the peace of the state. 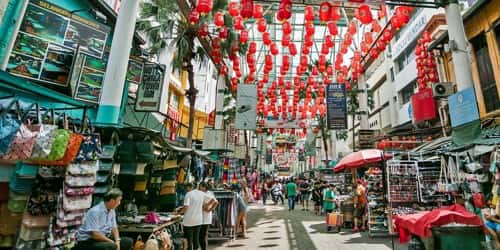 A Busy Street in Kuala Lumpur 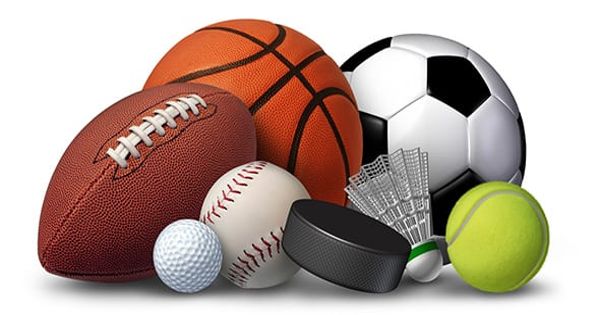 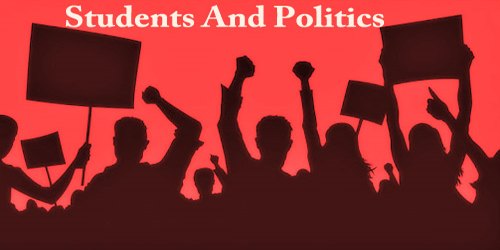 Rights of the Disabled