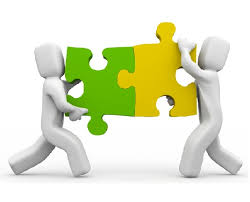 Distinction between Merger and Purchase

Subject: Accounting Topic: Assignment
Distinction between Merger and Purchase
CLIENTS BENEFIT FROM USING AN INTERMEDIARY such as a CPA/valuator to handle a merger or acquisition. A valuator should know a client’s industry thoroughly and have procedural training. Even experienced CPA/valuators may need to bring in an outside expert for longtime clients in order to avoid bias.CPA/VALUATORS GATHER, VERIFY AND ANALYZE DATA, then prepare a report that includes the assumptions and methodology that underlie their conclusions. From this they project how each business is expected to perform in the next three to five years and how much its client will contribute to any resulting enterprise. Their challenge is to find a valid negotiation range.

TWO GOOD REASON FOR PARTIES TO MERGE rather than treat the combination as an acquisition are that a merger does not require cash and may in some cases be accomplished tax-free for both businesses.

TWO ADVANTAGES OF A STOCK ACQUISITION are that it’s a faster and easier transaction than an asset purchase and the buyer does not experience the dilution of ownership that occurs in a merger.

IN AN ASSET PURCHASE, THE BUYER buys explicitly detailed assets and perhaps some liabilities. In this type of purchase, only those assets and liabilities that are part of the transaction are subject to due diligence. Asset purchases commonly protect the buyer from unforeseen liabilities.

Business owners need valuations for many reasons—a divorce distribution, shareholder actions, financial and tax planning, estate and gift tax calculations and mergers and acquisitions (M&A), for example. Although companies that merge with or buy another business hope to make more money as a couple than each would have alone, useful M&A business valuations depend on more than just finding your client a price. M&A differs from the other reasons for valuations in that an actual arm’s-length negotiation (not just a written report) takes place. This article describes differences between merging and acquiring for CPAs advising a client that will buy or merge with another business.

The differences between merging and acquiring are important to valuing, negotiating and structuring a client’s transaction. Acquiring another business lets owners

Establish a base. Obtain a going concern in a particular location.

Establish a niche. Bring in more business of a certain type.

Merging offers the above advantages and additional ones, such as

Succession planning. A way to secure retirement though new ownership.

Security of a larger organization. A way to cope with larger competitors.

Caveat: In mergers, a target often allows the acquiring company to pay for the valuation, but some CPA/valuators caution that it makes the acquirer dependent on information owned by the party on the other side of the table. Others say a valuator that is jointly hired by merging parties can be fair to both of them.

GATHER INFORMATION
In general, CPA/valuators will need the target’s business history, projected and historical financial data, ownership records, information on products and services, sales and marketing data, and supplementary information on banking, legal and contractual relationships, says Philip Hamilton, CPA/ABV, in Austin, Texas. In an acquisition, each company hires a valuator, and the acquirer’s valuator reviews the target’s business history; in a merger, one valuator may work with both parties.

Before the valuator begins work, the client(s) must compile company data that include financial statements and tax returns for three to five years; an accounting of all outstanding receivables and payables; the actual value of inventories; identification of suppliers, vendors and key customers and the percentage of business tied to each relationship; equipment, including its age; industry, geographic and market comparisons; sales and other projections; resumes of key personnel; the most recent business plan; published corporate literature and press articles; and the percentage of revenues dependent on each product line or service.

The valuator also will gather information from other sources, including industry and geographic comparisons, as well as a survey of sales of comparable businesses. Cleve Gazaway, CPA, Gazaway & Co. in Houston, says valuators should talk to the client’s attorneys, especially about potential litigation issues, talk to bankers to learn background about financing arrangements and—a key element that’s often missed—talk to employees to get an inside view of operations.

ARRIVE AT A PRICE
After CPA/valuators gather, verify and analyze data, they prepare a report and include the assumptions and methodology that underlie their conclusions. Based on historical data and projections for the next three to five years, each company’s expert determines how much its party will contribute to any resulting enterprise. Their challenge is to find a valid negotiation range by determining the acquisition’s standalone value to an outside investor and comparing it against the client’s value based on the synergies their client can achieve.

Once each side’s valuations are completed, negotiations begin. Standalone value will be the low end of the negotiating range, says Hamilton. The high end will be the client’s value—that is, the standalone value plus the expected increase in revenue, decrease in expenses and better use of assets the company expects to contribute to the combined enterprise.

The final determination of value will center on how convincing each party is in its projection of the overall performance of the combined entity. Other factors, such as market demand or unique assets, will influence the final price. Gazaway ruefully remembers his valuation opinion for the owner of a company that sold ATM machines overseas: “I said it was worth $7 million to $8 million, but he sold it for four times that” to an extremely motivated buyer. “Textbook valuation may not have any relation to real-life demand.”

MERGERS VS. ACQUISITIONS
Generally CPA/valuators use the same procedure for calculating a standalone value figure and the client’s value for an acquisition and a merger. In a merger, the parties negotiate over how relative value will translate into the amount of ownership each party will have in the new company. However, in an acquisition, the parties negotiate over how the relative value contributed to the new enterprise will translate into the purchase price. A significant factor in an acquisition is the terms: The seller likely will want to structure the acquisition for cash up front, and the buyer generally will prefer to pay for the acquisition over time. These conflicting structures reflect each party’s tax aims; the seller wants a sale that will give him a capital gain, the buyer wants a near-term writeoff or deduction of the cost. Hamilton notes that in both cases the parties need to forecast and support how performance will change after the deal goes through.

CPA/valuators caution that cultural considerations are as important to making a transaction work as numbers. In a hypothetical example of two CPA firms merging, one focuses on high profitability and expects management to log 2,000 chargeable hours a year; the other has a management team that wants a “life” and doesn’t want anyone to log more than 1,500 hours a year. The difference probably dictates they forgo a combination—or agree to an acquisition, which puts one team in charge and requires the other to adjust. “Either of these companies can acquire the other, but a merger—no,” says one CPA.

MERGERS
Although a merger involves a combination of two or more entities, they are rarely equal participants. Sometimes a merger is really an acquisition financed by common stock. Mergers are typically more expensive than acquisitions, with the parties incurring higher legal costs, Hamilton says.

There are many reasons for parties to decide to merge rather than treat the combination as an acquisition. Some of the more frequently encountered reasons are

A merger does not require cash.

A merger may be accomplished tax-free for both parties.

A merger lets the target (in effect, the seller) realize the appreciation potential of the merged entity, instead of being limited to sales proceeds.

A merger allows the shareholders of smaller entities to own a smaller piece of a larger pie, increasing their overall net worth.

A merger of a privately held company into a publicly held company allows the target company shareholders to receive a public company’s stock, despite the liquidity restrictions of SEC Rule 144a.

A merger allows the acquirer to avoid many of the costly and time-consuming aspects of asset purchases, such as the assignment of leases and bulk-sales notifications.

Of considerable importance when there are minority stockholders is the fact that upon obtaining the required number of votes in support of the merger, the transaction becomes effective and dissenting shareholders are obliged to go along.

Bulk-sales laws should be investigated if an asset purchase is going to take place; they vary from state to state. They require proper notification to creditors of a business if the majority of its inventory, materials or supplies will be sold to a third party. The acquirer can be held liable if it does not comply with the bulk-sales laws. Bulk sales also may be exempted from sales and use taxes. A financial adviser must be familiar with the state law where the assets are bought and sold.

The fraudulent conveyance provisions of the U.S. Bankruptcy Code and state statutes are another important factor. These provisions may give creditors in an asset purchase a claim against the assets or against sale proceeds or the ability to set aside the transaction. There may be an issue about whether the transaction was for an adequate amount or if it left the seller insolvent or with insufficient capital to meet its obligations.

Asset purchases can work for the parties when

The buyer explicitly doesn’t want to acquire some of the assets of the target company, such as real estate or leases.

The parties cannot agree on the value of particular assets or liabilities and the seller is willing to keep them.

The seller’s objective for the overall proceeds can be met only by allowing it to retain certain assets that can be leased to the buyer or sold to a third party.

The buyer cannot raise enough capital to purchase all the target company’s assets.

The buyer wants a stepped-up tax basis for the assets.

The buyer does not want to chance the assumption of unknown liabilities.

SHAKE HANDS AND COME OUT NEGOTIATING

Whatever type of transaction a valuation is ultimately used for, it is best for the client if it

Provides a mountain of high-quality data.

Takes the reasoned analysis of a well-trained expert seriously.

In a merger or acquisition negotiation, motivated sellers that feel they have few options might try to gain leverage or create interest in their business by sharing business projections and information such as the standalone value calculated by its valuator, with the other party. Most CPAs say it’s unwise to do this. A selling client should not be so enamored of a prospect that it gives away the store. Similarly, a buying client should not agree to a price over the fair-value range. A sensible, well-informed deal is the best one.