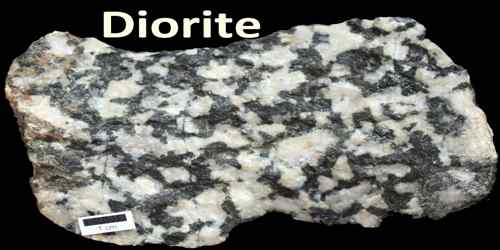 Diorite is a gray, coarse-grained plutonic rock. Diorite consists mainly of sodium-rich plagioclase and one or more mafic minerals such as biotite, hornblende, or pyroxene. It is the coarse-grained equivalent of andesite. Diorite may contain small amounts of quartz, microcline, and olivine. Zircon, apatite, titanite, magnetite, ilmenite, and sulfides occur as accessory minerals. The presence of sodium-rich feldspar, oligoclase or andesine, in contrast to calcium-rich plagioclase, labradorite or bytownite, is the main distinction between diorite and gabbro. The extrusive (volcanic) equivalent of diorite is andesite. 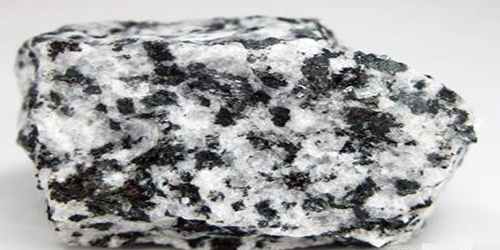 A dioritic rock containing feldspathoid mineral/s and no quartz is termed foid-bearing diorite or foid diorite according to content. Partial melting of the oceanic plate produces a basaltic magma that rises and intrudes the granitic rock of the continental plate. There, the basaltic magma mixes with granitic magmas or melts granitic rock as it ascends through the continental plate. This produces a melt that is intermediate in composition between basalt and granite.

Diorites may be associated with either granite or gabbro intrusions, into which they may subtly merge. Diorite results from the partial melting of a mafic rock above a subduction zone. It is commonly produced in volcanic arcs, and in cordilleran mountain building, such as in the Andes Mountains, as large batholiths. The extrusive volcanic equivalent rock type is andesite.

Occurrences and properties of Diorite

Many diorites are truly igneous, having crystallized from molten material (magma). Diorite occurs in small bodies such as sills, which are tabular bodies inserted while molten between other rocks, dikes (tabular bodies injected in fissures), stocks (bodies intruded upward), or as more irregular masses associated with gabbro and batholiths (huge bodies) of granodiorite and granite. 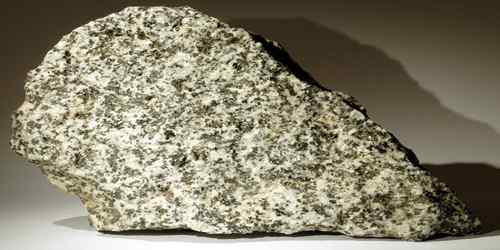 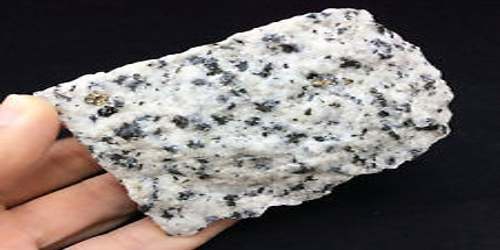 Diorite is used as a base material in the construction of roads, buildings, and parking areas. It is also used as a drainage stone and for erosion control.

In the dimension stone industry, diorite is often cut into facing stone, tile, ashlars, blocking, pavers, curbing, and a variety of dimension stone products. These are used as construction stone, or polished and used as architectural stone. Diorite was used as a structural stone by the Inca and Mayan civilizations of South America and by many ancient civilizations in the Middle East. 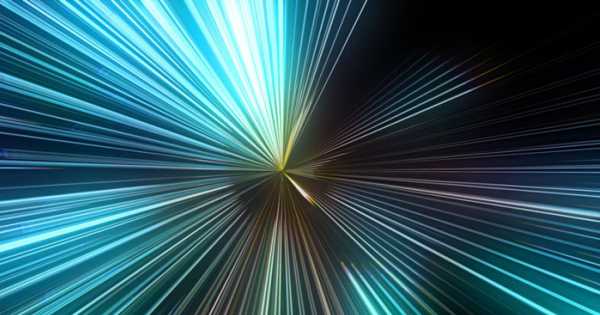