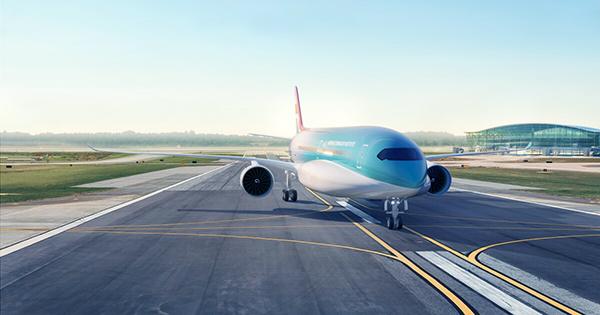 Flying is one of the most difficult problems to solve when it comes to building carbon-free transportation. Electric planes will not be commercially viable until batteries get more powerful and lighter. Another option is hydrogen-powered flying, and a design for such a plane has been shown by a research group.

The Aerospace Technology Institute’s FlyZero project, which is supported by the UK government, developed a proposal for a liquid hydrogen-powered midsize aircraft. The jet will be able to carry 279 passengers nonstop from London to San Francisco or with one stop for refueling from London to Auckland, New Zealand, according to the company.

The aircraft, which has a 54-meter wingspan and is powered by two turbofan engines, will provide “the same speed and comfort as today’s aircraft” while emitting zero carbon dioxide.

The ATI’s concept plane would include cryogenic fuel tanks in the rear fuselage that would store hydrogen at -250 degrees Celsius, according to the company (-418 degrees Farenheit). Two smaller “cheek” tanks would install along the forward fuselage to keep the plane balanced as fuel used.

Commercial hydrogen airplanes are still years away from becoming a reality. The infrastructure for refueling does not yet exist, and hydrogen is more expensive and harder to store onboard than kerosene. Those sorts of planes, on the other hand, might not be that far-fetched.

By the middle of the 2030s, the ATI believes that efficient hydrogen planes will be a more cost-effective choice than existing planes. This is partially due to a transition in other industries toward hydrogen, which is expected to lower supply prices.

Extensive conclusions from the FlyZero project will be released early next year, including designs for regional, narrowbody, and midsize aircraft, economic and market studies, technology roadmaps, and a sustainability evaluation.

Years away from commercial hydrogen aircraft becoming a reality, though. The refueling infrastructure does not exist yet and hydrogen is more expensive and difficult to store onboard than kerosene-based fuel. Those types of planes might not be too much of a pipe dream. This is the future of next-generation transportation.