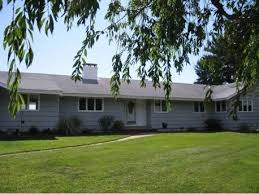 Corporation that owns enough voting stock in one or more other companies to exercise control over them. A holding company provides a means of concentrating control of several companies with a minimum of investment; other means of gaining control, such as mergers or consolidations, are more complicated legally and more expensive. A holding company can reap the benefits of a subsidiary’s goodwill and reputation while limiting its liability to the proportion of the subsidiary’s stock that it owns. The parent company in a conglomerate corporation is usually a holding company.

A holding company is characterized by its ownership of securities (generally common stock) of other companies for the purpose of influencing the management of those subsidiary companies, rather than for investment or other purposes.

The holding company emerged as a common form of business organization around 1900, some decades after its first use in railroads (1853) and communications (1832). The earliest holding companies had charters granted by special acts of state legislature that explicitly permitted them to control stock of other corporations; the courts in most states usually ruled that this power had to be granted by explicit legislative enactment. However, a few early general incorporation acts did provide for charters granting such powers. Nevertheless, the widespread use of holding companies followed, especially upon liberalization of general incorporation acts by New Jersey and several other states starting in 1889. This development suggests that the wide use of charters in New Jersey and, later, in Delaware stemmed from other factors, including favorable tax treatment and the financial, technological, and marketing demands and opportunities of large-scale business.

The holding company, depending upon circumstances, offers financial, administrative, and legal advantages over other forms of business organization. It usually has better access to securities markets than do the member operating companies individually, making it easier to secure the capital necessary to conduct large-scale operations. It permits a combination of firms with control of a smaller portion of voting stock than is necessary for a merger of those firms. (One objection to the holding company, however, is the sometimes meager protection it provides to the rights of minority stockholders.) It affords a convenient method of centralizing control of the policies of different businesses while leaving control of their operations decentralized. Pyramiding—the use of a number of holding companies placed on top of each other—especially when combined with a heavy reliance on borrowed funds at each level, permits business organizers to acquire control of a large volume of assets with relatively little investment. Separate incorporation of properties located in different states or engaged in different activities often simplifies the holding company’s accounting, taxation, and legal problems and may free the holding company of legal restrictions to which it might otherwise be subject.

As business organizers moved to exploit these advantages toward the turn of the twentieth century, the holding company device became the dominant form of large-scale business organization. Long used in the railroad industry, it was extended there, notably with formation of the Northern Securities Company in 1901. The formation, also in 1901, of United States Steel—then called the “world’s greatest corporation”—signaled the adoption of holding company organizations in mining and manufacturing. Somewhat later, extensive holding-company systems were formed in banking and finance and in public utilities. Many of the latter were noted for their extensive pyramiding and their combination of diverse, widely scattered holdings.

Under attack from the beginning, holding companies have remained controversial and the subject of continuing demands for public control. Those formed around the turn of the twentieth century were enveloped from birth in the antitrust agitation of the period. The public utility holding companies of the 1920s were likewise attacked as monopolistic. The attack on them, which gained intensity and focus with the failure of a number of the systems in the early 1930s, led to the passage in 1935 of the Public Utility Holding Company Act. Corporations controlling two or more banks were brought under federal control in 1956. Attention in the 1960s and early 1970s shifted to the conglomerate (the highly diversified holding company), and to the financial congeneric (the bank-centered one-bank holding company, which limited its operations to banking and other closely related financial services). Both were subjected to a measure of federal control in the early 1970s: the Justice Department initiated a number of antitrust suits to block some acquisitions of the former, and Congress, in 1970, amended the Bank Holding Company Act of 1956 to circumscribe activities of the latter.

In the late twentieth century, federal regulators continued to scrutinize anticompetitive or monopolistic acquisitions, especially in the media and telecommunications industry. In the year 2000 alone, the government blocked a potential merger between American Telephone and Telegraph (AT&T) and the media giant Time Warner, and another proposed merger between long-distance telephone providers WorldCom and Sprint.

Assignment on Accounting for Inventories

Costs for Analytical and Decision-Making Purposes

Analysis the Statement of Cash Flows