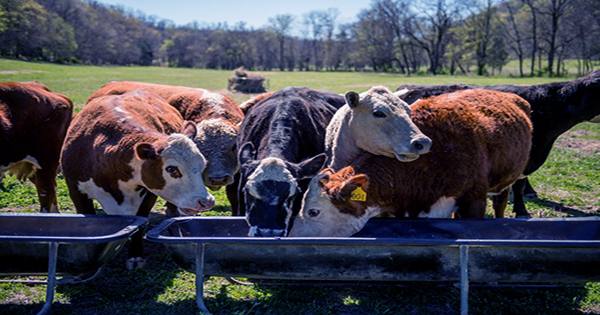 Aliens, ghosts, and cow manure all have something in common. They are all apparently stuff that can be shot with plasma. Yes, scientists have been firing cow crap with plasma beams in an unorthodox attempt to combat the ever-growing climate issue. What is the goal? To eliminate the substance’s most hazardous components, including ammonia and methane.

The strange experiment is taking place on a beautiful farm in Buckinghamshire, England, where cow poo is plentiful. Scientists shot the sh!t with “artificial lightning” made of a plasma bolt – a super-heated stream of atoms capable of destroying molecules – to test if it could break up the poop’s contents.

The plasma poop treatment was successful, obliterating ammonia and breaking it down into pure nitrogen, according to feces analysis. Farmers who utilize nitrogen as a fertilizer will benefit from this as well. They make very fertile slurry that may use right on the farm by shooting the dung into the next dimension. According to a BBC story, the procedure is so powerful that it can convert 90 percent of ammonia to nitrogen.

Artificial lightning destroyed 99 percent of the methane. From an environmental standpoint, this is a tremendous triumph for cow farming, as traditional practices that result in the accumulation of dung have highlighted as a substantial contribution to world emissions. Methane has a direct warming effect on the Earth, which is something we do not need right now.

Because ammonia is toxic, blasting it to smithereens is good for the environment and will get rid of the stink that lingers in rural areas. These ammonia clouds may also pose a threat to cities; if they drift into congested metropolitan areas, they may react with other pollutants, resulting in toxic mixtures with catastrophic health consequences.

While the findings of the tests in the United Kingdom were favorable, the technology has its limitations. In a perfect world, the technology would implement worldwide, but its cost has yet to be determined. The plasma poop therapy comes at a time when bovine ranching is experiencing a renaissance and innovation, as it recently disclosed that cows in other parts of the world had successfully taught to use a toilet. The strategy intends to safeguard rivers that might contaminated when there are too many animals congregated in one place, as is the situation in many cattle farming settings, by collecting all of the cow poo-poo and pee-pee into a convenient toilet.