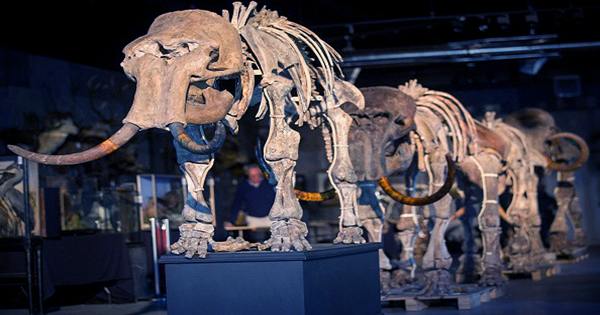 Oceans are among the world’s most biodiverse environments. They are home to species so strange that they have offered as proof of extraterrestrial life, animals so minuscule that they cannot seen without a microscope – and now, reportedly, the remnants of animals so gigantic that their name has become a synonym for “giant.” We are not talking about blue whales, which are stunning but rarely unexpected in the ocean. In 2019, marine researcher Steven Haddock and ROV pilot Randy Prickett discovered something even stranger at the bottom of the Pacific Ocean: a mammoth tusk.

“We uncover a lot of wonderful critters in the deep water that people wouldn’t think exist on Earth,” Haddock told Gizmodo. “However, discovering this mammoth tusk so deep and so far from shore was by far the most unlikely thing I’ve ever done.”

“As it became clear that this was a mammoth,” Haddock said, “my brain began to spin contemplating how it came to rest atop this distant seamount.” “It’s still difficult for me to comprehend how it stayed there for millennia without being destroyed or buried before we discovered it.” During an expedition with the Monterey Bay Aquarium Research Institute, the tusk discovered while studying a seamount – an underwater mountain caused by volcanic activity (MBARI). The tusk found around 300 kilometers (185 miles) off the coast of California, at a depth of nearly three kilometers (10,000 feet).

The temperature at the bottom of the Pacific is roughly 3.5 degrees Celsius (38 degrees Fahrenheit) and the pressure is more than 100 MPa (almost 15,000 psi). However, it precisely those circumstances that permitted the tusk to live so long. In a statement regarding the finding, University of Michigan paleontologist Daniel Fisher, who specializes in the study of mammoths and mastodons, stated, “This specimen’s deep-sea preservational habitat is unlike practically anything we have seen before.” “Other mammoths have been discovered in the water, although usually only at depths of a few tens of meters.”

Haddock and Prickett were only able to take a little section of the tusk at first; it took them almost a year to return and get the entire tusk in July 2021. Formerly landing, MBARI experts established that the tusk belonged to a Columbian mammoth (Mammuthus columbi), a massive beast that once roamed what is now practically all of the United States and most of Mexico. Aside from the species, there is a lot we do not know about tusks. The team is not sure how ancient the specimen is, but preliminary examinations indicate it is at least 100,000 years old. If this were the case, it would be the region’s oldest well-preserved tusk.

“The natural radioactive decay of specific uranium and thorium isotopes imparted to the tusk from the water is primarily responsible for our age estimate on the tusk,” noted Terrence Blackburn, associate professor of Earth and planetary sciences and head of the UCSC Geochronology Lab. “Deciphering the tusk’s history would be more difficult if it had been discovered on land.”

The team wants to use CT imaging to investigate the tusk’s interior anatomy now that it has entirely recovered. I hope that this will also aid in determining the find’s age. Oceanographers will be investigating water currents in the meanwhile to attempt to find out how the tusk arrived up where it did (Columbian mammoths were likely pretty good swimmers, but even so, 185 miles is pushing it).

If all goes according to plan, experts from the USCS Paleogenomics Lab believe that this lone tusk will revolutionize our understanding of how mammoths arrived in the Americas. They intend to sequence the mammoth’s DNA using the remarkably preserved material. They want to learn new things about the ancient mammoth by comparing it to DNA from other mammoth remnants.

“Specimens like these provide an once-in-a-lifetime opportunity to build a picture of both an animal that was once alive and the habitat in which it existed,” said Beth Shapiro, the team’s leader. “We expect DNA from this tusk will go a long way toward refining what we know about mammoths in this region of the world since mammoth remains from continental North America are exceptionally uncommon.”