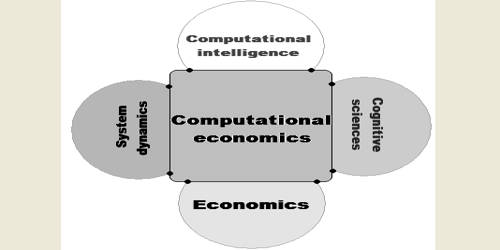 Areas of study within the field of computational economics include:

Computational economics uses advanced computing to solve problems from all branches of economic study. The theoretical assumption of mathematical optimization by agents in equilibrium is replaced by the less restrictive postulate of agents with bounded rationality adapting to market forces, including game-theoretical contexts. Starting from initial conditions determined by the modeler, an ACE model develops forward through time driven solely by agent interactions. The scientific objective of the method is “to … test theoretical findings against real-world data in ways that permit empirically supported theories to cumulate over time, with each research building on the work before.”