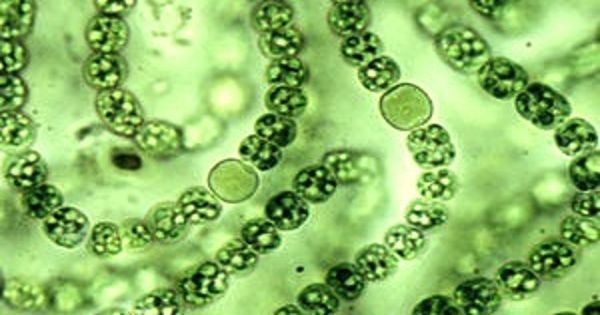 Cyanotoxins are toxins produced by bacteria called cyanobacteria. It also referred to as blue-green algae, are microscopic organisms that live primarily in fresh water and saltwater, at the surface and below. Cyanobacteria are found almost everywhere, but particularly in lakes and in the ocean where, under high concentration of phosphorus conditions, they reproduce exponentially to form blooms. They usually multiply and bloom when the water is warm, stagnant, and rich in nutrients from sources such as fertilizer runoff or septic tank overflows.

Cyanotoxins referred to as blue-green algae, are microscopic organisms that live primarily in fresh water and saltwater, at the surface and below.

Blooming cyanobacteria can produce cyanotoxins in such concentrations that they poison and even kill animals and humans. Cyanobacterial blooms are usually blue-green in color, but algal blooms can vary in color, ranging all the way to red or brown. Cyanotoxins can also accumulate in other animals such as fish and shellfish, and cause poisonings such as shellfish poisoning. 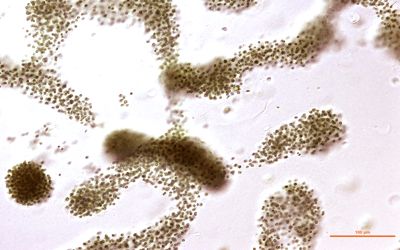 Not all algal blooms are harmful. Among cyanotoxins are some of the most powerful natural poisons known, including poisons that can cause rapid death by respiratory failure. A cyanobacterial algal bloom can be harmful when the toxins (cyanotoxins) it produces in air and water reach concentrations that are dangerous to people, marine life, and the environment. The toxins include potent neurotoxins, hepatotoxins, cytotoxins, and endotoxins. Despite the similarity in name, they are not cyanides. Recreational exposure to cyanobacteria can result in gastro-intestinal and hay fever symptoms or pruritic skin rashes.

Cyanobacteria bloom that harm people, animals, or the environment are called cyanobacteria harmful algal blooms. Exposure to the cyanobacterial neurotoxin BMAA may be an environmental cause of neurodegenerative diseases such as amyotrophic lateral sclerosis (ALS), Cyanotoxins have target organs the liver, brain, and neuronal complexes, the digestive system, and associated organs and skin. Parkinson’s disease, and Alzheimer’s disease. There is also an interest in the military potential of biological neurotoxins such as cyanotoxins, which “have gained increasing significance as potential candidates for weaponization.”