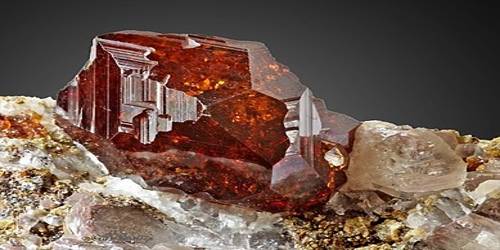 Brokenhillite is an earth mineral that exists in small quantities. It is only found in the far-western regions of New South Wales in Broken Hill, Australia. Although it has been given a name and chemical formula, it has not been approved by the International Mineralogy Association primarily because it is a manganese silicate of the pyrosmalite group which means the compositional similarities are too great to be an approved mineral.

Brokenhillite structure is either composed of iron or manganese with the formula (Mn+2, Fe+2)8Si6O15(OH, Cl)10, and has either a hydroxide or a chloride rotation. The actual components inside Brokenhillite can be determined using a diffractometer. 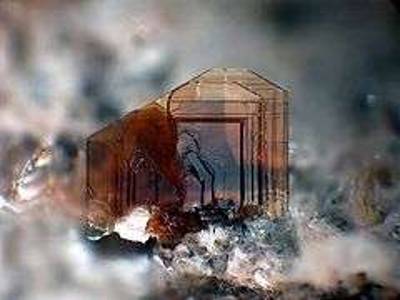 The structural basis of this mineral is determined to be phyllosilicate within the pyrosmalites due to the octahedral structure, with one perfect cleavage, a hardness of about 4.5, and a streak of light brown.

The area of Broken Hill has a very diverse spreading of deposits with a sporadic layering of minerals. Due to the large region of deposition, few mineralogists have attempted to study its environment which is why there is a greater opportunity for further study despite a few publications presented over the years.

Brokenhillite is found in Broken Hill, New South Wales, Australia in a special mine with all sorts of other minerals present. The hexagonal shape and brown color make it distinguishable especially when a phenomenon called pleochroism occurs when light shines through and it becomes translucent white or yellow. The most important part about Brokenhillite is that it is not a real mineral. The American Mineralogical Association does not approve of its classification as a mineral and rightfully so because the discovery was made in haste and not carefully analyzed.