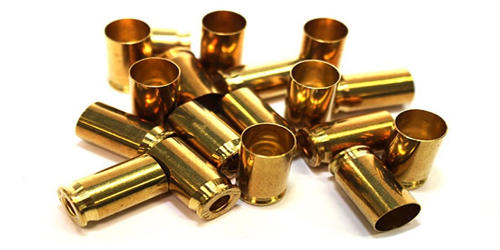 Brass is mainly an alloy that consists of copper with zinc added. Brasses can have varying amounts of zinc or other elements added. It is an alloy of copper and zinc, in proportions that can be varied to achieve varying mechanical and electrical properties. It is a substitutional alloy: atoms of the two constituents may replace each other within the same crystal structure. These varying mixtures produce a wide range of properties and variations in color. Brass was introduced around 500 BC. It is made from an alloy of Copper and Zinc.

Brass is similar to bronze, another alloy containing copper that uses tin in place of zinc; both bronze and brass may include small proportions of a range of other elements including arsenic, lead, phosphorus, aluminum, manganese, and silicon. Combinations of iron, aluminum, silicon & manganese make brass corrosion resistant. Increased amounts of zinc provide the material with improved strength and ductility. If the zinc content of the brass ranges from 32% to 39%, it will have increased hot-working abilities but the cold-working will be limited. 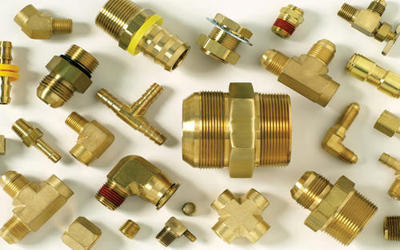 The composition of brass, generally 66 percent copper and 34 percent zinc, makes it a favorable substitute for copper-based jewelry as it exhibits greater resistance to corrosion. Brass is often used in situations in which it is important that sparks not be struck, such as in fittings and tools used near flammable or explosive materials. It was quite useful due to a high melting point and it’s malleability.

Brass is most widely used in applications that are decorative and mechanical. Brass has long been a popular material for decoration for its bright gold-like appearance, e.g. for drawer pulls and doorknobs. It is commonly used for decorative purposes primarily because of its resemblance to gold. Uses of brass include musical instruments, firearm cartridge casing, radiators, architectural trim, pipes and tubing, screws, and decorative items.

Due to its unique properties, which include corrosion resistance, common uses for Brass include applications that require low friction. It has also been widely used for all sorts of utensils due to many properties, such as low melting point, workability, durability, electrical and thermal conductivity.

Brass is used across multiple industries to create corrosion and spark-resistant fixtures, fasteners, and equipment components. It is still commonly used in applications where low friction and corrosion resistance is required, such as locks, hinges, gears, bearings, ammunition casings, zippers, plumbing, hose couplings, valves, and electrical plugs and sockets.