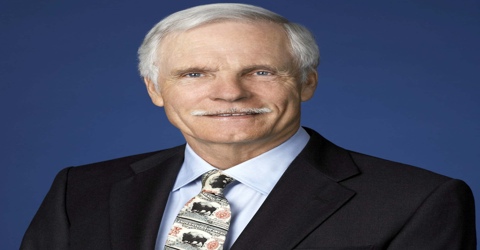 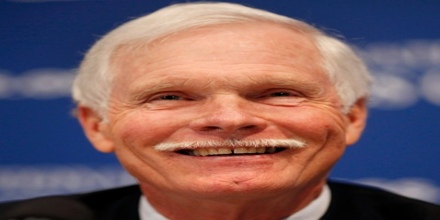 Ted Turner, by name of Robert Edward Turner III was born on November 19, 1938, in Cincinnati, Ohio, U.S. He is a broadcasting entrepreneur and sportsman who became a major figure in American business in the late 20th century. He also has the credit of founding the independent television station WTBS which originated the concept of superstation in cable television. The successful businessman had made an early entry into the world of business. The son of a father who owned an advertising company, he started helping in his father’s business from a young age. Although his father was a successful businessman who provided well for his family, he suffered from bipolar disorder and was known to have extreme mood swings. In spite of being financially secure, young Ted had a difficult life. His father was physically abusive and ended up committing suicide when Ted was 24. After his father’s death he took over the business and drowned himself in work to cope with his grief. His efforts paid off and soon the business started earning huge profits. He went on to acquire several other businesses and started the Turner Broadcasting System. He soon founded CNN, the first all-news television channel in the United States. The business mogul is also well-known for his philanthropic activities and contributed $ 1 billion to the United Nations which was used to create the United Nations Foundation. 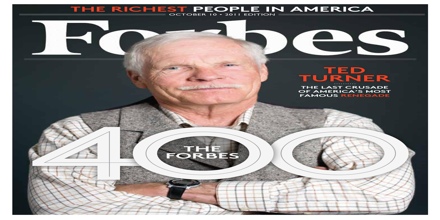 Turner’s penchant for controversial statements earned him the nicknames “The Mouth of the South” and “Captain Outrageous”. Turner has also devoted his assets to environmental causes. He was the largest private landowner in the United States until John C. Malone surpassed him in 2011. He uses much of his land for ranches to re-popularize bison meat for his Ted’s Montana Grill chain, amassing the largest herd in the world. He also created the environmental-themed animated series Captain Planet and the Planeteers. 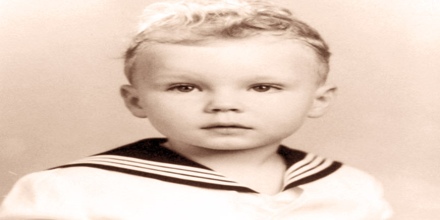 Ted Turner was born Robert Edward Turner III in Cincinnati, Ohio, on November 19, 1938. He is the eldest child of parents Robert Edward (Ed) Turner Jr. and Florence (Rooney) Turner. In spite of being a good provider, Ted had a difficult childhood. Robert suffered from bipolar disorder and had extreme mood swings. He used to physically abuse Ted.

His father went to serve in the Navy when World War II broke out and took his wife and daughter with him, leaving behind Ted. The young boy felt abandoned.

He was sent to a boarding school at Cincinnati while his family was away. After returning from the war his father enrolled him at the Georgia Military Academy.

He enrolled in Brown University in 1956 where his major was economics. However, he was expelled from the University for having a woman in his dormitory room. 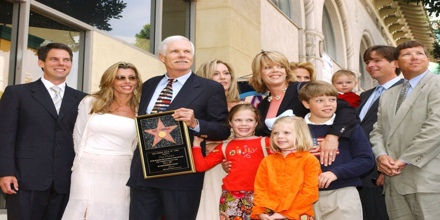 Over the course of his successful career in broadcasting, Ted Turner married and divorced three times: to Judy Nye (1960–64), Jane Shirley Smith (1965–88), and actress Jane Fonda (1991–2001). His most famous marriage was his third, to actress and activist Jane Fonda. The celebrity couple married in 1991 and divorced a decade later over a disagreement on religious beliefs. In total, Turner has five children—two from his first marriage to Judy Gale Nye, and three from his second marriage to Jane Shirley Smith. One of Turner’s children, Robert Edward “Teddy” Turner IV, announced on January 23, 2013, that he intended to run in the South Carolina Republican primary for the open Congressional seat vacated by Tim Scott who was appointed to the U.S. Senate.

In the 1993 biography It Ain’t As Easy as It Looks by Porter Bibb, Turner discussed his use of lithium and struggles with his illness. The 1981 biography Lead, Follow or Get Out of the Way by Christian Williams chronicles the founding of CNN. In 2008, Turner wrote Call Me Ted, which documents his career and personal life.

This business magnate is also an accomplished sailor and an inductee of National Sailing Hall of Fame.

He joined his father’s business after being thrown out of the university. His father made him the assistant manager of Turner Advertising’s Atlanta branch. His company had taken huge debts and the pressure of it affected his father’s health. 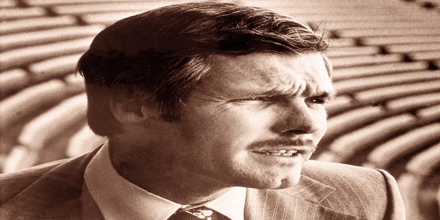 When Turner’s father bought out a competitor in 1962, the costly buyout and subsequent debt placed the company in a tenuous financial condition. Fearing bankruptcy and struggling to cope with bipolar disorder, Ed shot himself to death in March of 1963. Ted dealt with his grief by throwing himself into his work. He took over the roles of president and chief executive officer at Turner Advertising, renamed Turner Communications in the late 1960s as the company bought several radio stations.

He changed the call sign to WTCG (standing for “Watch This Channel Grow”). Initially, the station ran old movies from the 1930s, 1940s and 1950s, along with theatrical cartoons and very old sitcoms and old drama shows. As better syndicated product fell off the VHF stations, Turner would pick it up for his station at a very low price. WTCG ran mostly second- and even third-hand product of the time, including fare such as Gilligan’s Island, I Love Lucy, Star Trek, Hazel, and Bugs Bunny.

By the mid 1970s FCC regulations started permitting cable television services to transmit programming from remote stations. In 1976, the WTCG-TV Superstation began to broadcast old movies, comedy reruns, cartoons and sports specials nationwide to subscribers. The viewership of his channel grew manifold and soon he had 2 million subscribers and his net worth reached $100 million.

By the late 1970s, he renamed his company Turner Broadcasting System and WTCG as WTBS. By now he also owned the Atlanta Braves and Atlanta Hawks in order to provide programming for WTBS. 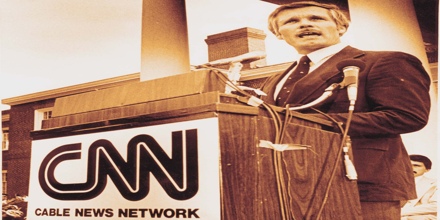 In 1976, the FCC allowed Turner’s WTCG to use a satellite to transmit content to local cable TV providers around the nation. As cable systems developed, many carried his station to free their schedules. This increased his viewers and advertising. Subscribers eventually reached two million subscribers and Turner’s net worth rose to $100 million. He bought a 5,000-acre (20 km2) plantation in Jacksonboro, South Carolina, for $2 million.

In 1978, Turner struck a deal with a student-operated radio station at MIT, Technology Broadcasting System to obtain the rights to the WTBS call sign for $50,000. This allowed Turner to strengthen the branding of his “Super-Station” using the acronym TBS; Turner Communications Group was renamed Turner Broadcasting System and WTCG was renamed as WTBS.

He undertook his most ambitious venture in 1980. He launched a 24-hour all-news channel. At that time this move was criticized by media professionals, however he went ahead with the Cable News Network (CNN). The network started earning huge profits within five years and was expanded to include CNN Radio and CNN International.

In 1985, Turner used some of his profits to buy Metro-Goldwyn-Mayer (MGM). Also in the 1980s, Turner began coloring films but eventually decided the cost was impractical. 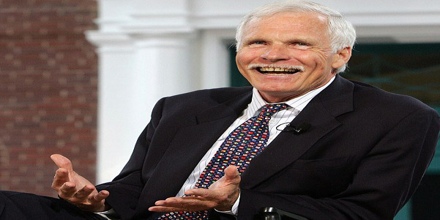 After a failed attempt to acquire CBS, Turner purchased the film studio MGM/UA Entertainment Co. from Kirk Kerkorian in 1986 for $1.5 billion. Following the acquisition, Turner had an enormous debt and sold parts of the acquisition; Kerkorian bought back MGM/UA Entertainment. The MGM/UA Studio lot in Culver City was sold to Lorimar/Telepictures. Turner kept MGM’s pre-May 1986 and pre-merger film and TV library.

In 1992 he created the Cartoon Network in addition to launching Turner Network Television (TNT) and Turner Classic Movies (TCM). In 1993, Turner and Russian journalist Eduard Sagalajev founded The Moscow Independent Broadcasting Corporation (MIBC). This corporation operated the sixth frequency in Russian television and founded the Russian channel TV-6. The company was later purchased by Russian businessman Boris Berezovsky and an unknown group of private persons. In 2007 the license for TV-6 had expired and there was no application for renewal.

In 1996, with Turner Broadcasting a leader in both the television and Internet industries, Turner sold the company to Time Warner for $7.5 billion dollars. After the merger, Turner stayed on and ran the company’s cable networks, including Home Box Office (HBO). In 2001, Time Warner merged with America Online (AOL). The following year Turner took a stab at an entirely new business venture, a steakhouse serving bison, called Ted’s Montana Grill. 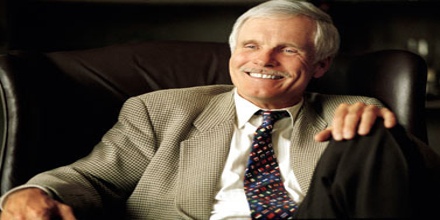 Turner was Time Warner’s biggest individual shareholder. It is estimated he lost as much as $7 billion when the stock collapsed in the wake of the merger. When asked about buying back his former assets, he replied that he “can’t afford them now”. In June 2014 Rupert Murdoch’s 21st Century Fox made a bid for the company valuing it at $80 billion. The Time Warner board rejected the offer and it was formally withdrawn on August 5, 2014.

He is the founder of the 24-hour news channel CNN, the first all-news television channel in the United States. The channel has numerous affiliates and is available in over 100 million U.S. households.

1995: World Series winner (as owner of the Atlanta Braves)

2004: Star on the Hollywood Walk of Fame

2004: Commemorative banner at Phillips Arena honoring his tenure as owner of the Atlanta Hawks 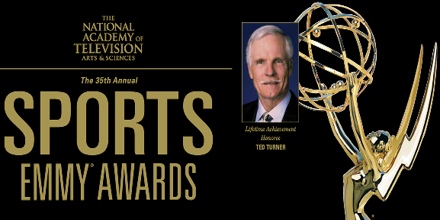 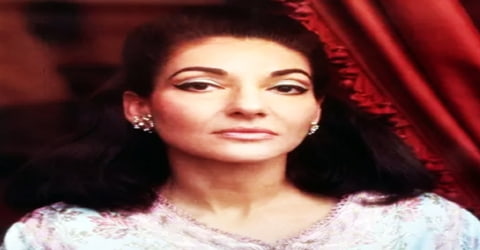 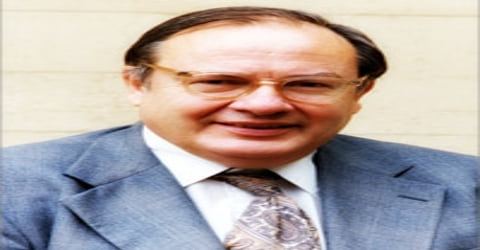 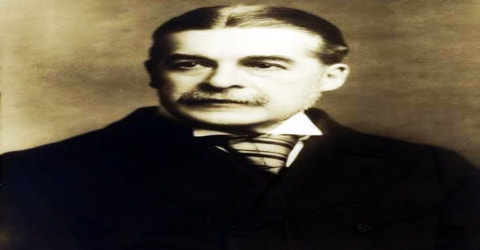