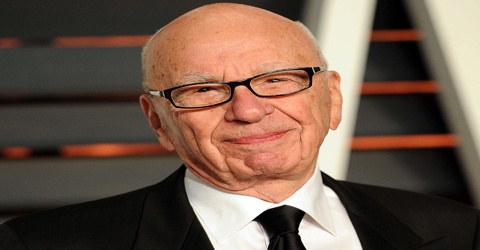 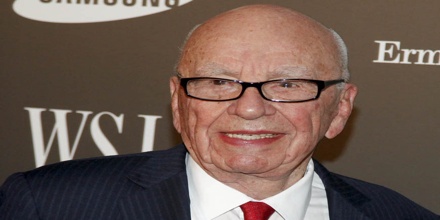 Rupert Murdoch, in full Keith Rupert Murdoch was born on March 11, 1931, in Melbourne, Victoria, Australia. He is an Australian-born newspaper publisher and media entrepreneur and founder (1979) of the global media holding company the News Corporation Ltd.—often called News Corp. It was divided into two separate conglomerates in 2013. Murdoch’s corporate interests centered on newspaper, magazine, book, and electronic publishing; television broadcasting; and film and video production, principally in the United States, the United Kingdom, and Australia.

The first foreign investment happened when he bought ‘The Dominion’, a New Zealand-based newspaper. Since then, he has gradually built his business empire, and has become a renowned name in the media industry. He boasts of having gained acquisition of publications including ‘News of the World’, ‘The Sun’, ‘The Daily Telegraph’, ‘New York Post’, and ‘HarperCollins’. He has also launched new tabloids under his own banner, like ‘The Australian’. With increasing business takeovers in the US, he opted to become a US citizen. Once he had a strong hold over print media businesses in the UK and the US, he moved on to purchase ‘Twentieth Century Fox’. ‘Fox Network’ and ‘Fox Studios’ are popular production houses affiliated to ’20th Century Fox’. This tycoon has also had his share of controversies, but has managed to sail through. Presently most of the operations are managed by his younger son, James. According to Forbes, he is one the richest and the most influential Americans in US and the world.

Keith Rupert Murdoch was born on March 11, 1931, on a small farm about 30 miles south of Melbourne, Australia. Since birth, Murdoch has gone by his middle name, Rupert, the name of his maternal grandfather. His father, Keith Murdoch, was a well-known Australian journalist who owned a number of local and regional newspapers: the Herald in Melbourne, the Courier-Mail in Brisbane, and the News and Sunday Mail. 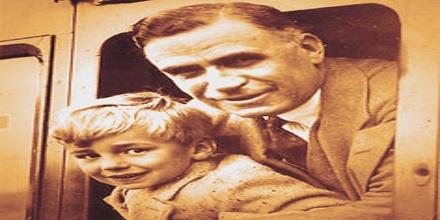 (Rupert Murdoch with his father)

As a young boy, he pursued his education from the ‘Geelong Grammar School’, in Australia. There, he acted as the editor for various school journals including ‘The Corian’, and ‘If Revived’. Rupert held a part-time job at the ‘Melbourne Herald’, and was taught the nuances of the profession by his father. He went on to continue his studies from the ‘Worcester College’, belonging to the ‘University of Oxford’, England. Even in college he was the head of the ‘Oxford Student Publications Limited’.

After earning his master’s degree from college, he was employed with the ‘Daily Express’ for a brief period of time.

Murdoch filed for divorce from Deng in June 2013, citing that the “relationship between husband and wife had broken down irretrievably” in court papers. The news of the split came as a surprise to some, but there were some rumors of trouble in the marriage in recent years. The divorce became final in 2014.

In January 2016, Murdoch became engaged to Mick Jagger ex, Jerry Hall. The couple reportedly began seeing each other the previous summer. They tied the knot on March 4, 2016 in London. 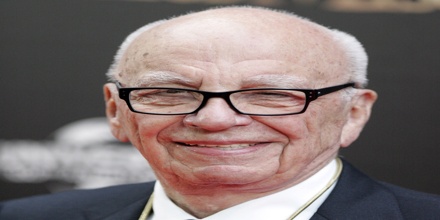 The son of a well-respected journalist, Murdoch was groomed to enter the world of publishing from a very young age. Following his father’s death in 1952, the young Murdoch came back home, and took over ‘News Limited’, a media company established by his father. One of its newspapers, ‘Adelaide News’ became one of the most-read, after the young man took ownership.

Immediately upon assuming control of the Sunday Mail and the News, Murdoch immersed himself in all aspects of the papers’ daily operations. He wrote headlines, redesigned page layouts and labored in the typesetting and printing rooms. He quickly converted the News into a chronicle of crime, sex and scandal, and while these changes were controversial, the paper’s circulation soared. Only three years later, in 1956, Murdoch expanded his operations by purchasing the Perth-based Sunday Times, and revamped it in the sensationalist style of the News. Then, in 1960, Murdoch broke into the lucrative Sydney market by purchasing the struggling afternoon daily, the Mirror, and slowly transforming it into Sydney’s best-selling afternoon paper. Encouraged by his success and harboring ambitions of political influence, in 1965 Murdoch founded Australia’s first national daily paper, the Australian, which helped to rebuild Murdoch’s image as a respectable news publisher. 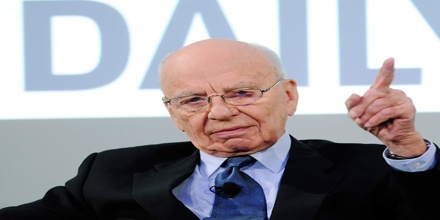 In 1964, Rupert got to know of a bid going on for acquiring the Wellington-based newspaper, ‘The Dominion’, on a trip to New Zealand. The other contender for the acquisition was the powerful Canadian business magnate, Lord Thomson of Fleet. However, it was the thirty-three year old Murdoch who eventually gained control of the ‘The Dominion’.

Later that year, he introduced ‘The Australian’, the nation’s first daily, which had its initial operations in Canberra, before shifting base to Sydney.

In the fall of 1968, 37 years old and owner of an Australian news empire valued at $50 million, Murdoch moved to London and purchased the enormously popular Sunday tabloid, The News of the World. One year later, he purchased a struggling daily tabloid, the Sun, once again transformed the paper into a wild success with his formula of reporting heavily on sex, sports and crime.

From 1972-76, Rupert purchased the papers, ‘The Daily Telegraph’, ‘San Antonio Express-News’, and the ‘New York Post’, in the meantime launching a new tabloid called ‘Star’.

Murdoch next expanded his news empire to the United States, with the 1973 acquisition of a Texas-based tabloid, the San Antonio News. As he had done in Australia and England, Murdoch quickly set out to expand across the country, founding a national tabloid, the Star, in 1974 and purchasing the New York Post in 1976. In 1979, Murdoch founded News Corporation, commonly referred to as News Corp., as a holding company for his various media properties. 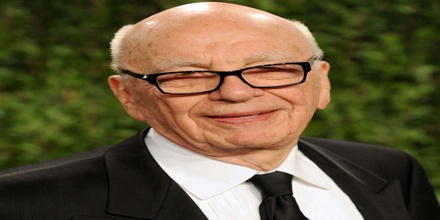 His newspapers were known for their political views, which were initially in favour of Margaret Thatcher, and then shifted to Tony Blair’s ‘Labour Party’, later supporting the ‘Conservative Party’, led by David Cameron.

Throughout the 1980s and 1990s, Murdoch acquired news outlets around the globe at a dizzying pace. In the United States, he bought up the Chicago Sun-Times, the Village Voice and New York magazine. In England, he acquired the eminently respectable Times and Sunday Times of London.

Within 1985, ‘News Corporation’ had gained control of ‘Twentieth Century Fox’, and the media baron became a US citizen, in order to keep purchasing companies in America.

In 1986, this businessman came under scrutiny, when he introduced electronic publishing in the Wapping area of London. These processes did not require as much manpower as before, and this resulted in downsizing. The existing employees protested, and the dispute had to be settled with a compensation of 60 million pounds.

In the next three years, he acquired the ‘The Herald and Weekly Times Ltd.’ and ‘HarperCollins’.

In 1990, he launched a telecommunications firm in Britain, called the ‘BSkyB’, and also began eyeing the Asian media market. The same year, ‘News Corp.’ had incurred losses to such an extent, that the businessman was forced to sell its shares to other companies. 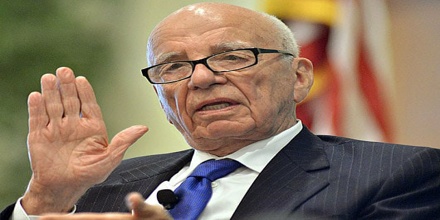 Three years later, ‘News Corporation’ took over the charge of telecasting the ‘National Football League’ (‘NFL’), from competitors ‘CBS’. The same year, in 1993, Rupert gained acquisition of a Hong Kong-based network, ‘Star TV’, which distributed news and other programmes to Asian countries including India and Japan.

In 1995, the influential entrepreneur faced another controversy when he was accused of illegally holding power over ‘Fox Network’. This allegation was soon ruled out by the ‘Federal Communications Commission’ (‘FCC’), who said that his control was beneficial for the network. The same year, he declared his decision to begin a news website called ‘The Weekly Standard’, along with a magazine of the same name, in association with ‘MCI Communications’. The ‘Foxtel’ network was also introduced in Australia, by ‘News Corp.’ in collaboration with ‘Telstra’. From 1996-98, Murdoch took several significant business decisions, including the launch of an all-day ‘Fox News Channel’. He also offered 625 million pounds to purchase ‘Manchester United’ football club, which was turned down, despite the hefty amount.

In 1999, he bought the Australian music company, ‘Mushroom Records’, and integrated it with ‘Festival Records’ to launch the ‘Festival Mushroom Records’. Within the next year, ‘News Corp.’ had become such a large entity that it claimed to have a net worth of more than 5 billion dollars, and ownership of 800 other firms all across the globe.

During 2003-05, the business magnate took over ‘Hughes Electronics’, that owned ‘DirecTV’, a satellite television network. He also acquired ‘Intermix Media Inc.’, which had ownership of websites like ‘Imagine Games Network’ and ‘Myspace’.

In 2010, he donated 1 million dollars each to the organizations, ‘U.S. Chamber of Commerce’ and ‘Republican Governors Association’. The same year, he was also a member of the ‘Council on Foreign Relations’, and the ‘Cato Institute’. The next year, in 2011, Murdoch faced criticism for the third time, in this instance for allegedly tapping cell phones of distinguished personalities, in order to make news. This led to a string of investigations conducted by the FBI, and the business baron had to step down from the position of director of the publication, ‘News International’. 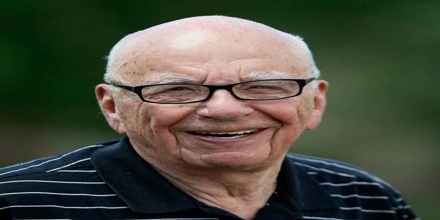 In June 2015, news broke that Murdoch would be handing over the leadership of 21st Century Fox to his son James. James would become the company’s chief executive while Murdoch would stay on in the organization as the executive co-chairman. Murdoch would share this position with his oldest son Lachlan. The company’s board must approve this plan before it can be implemented. 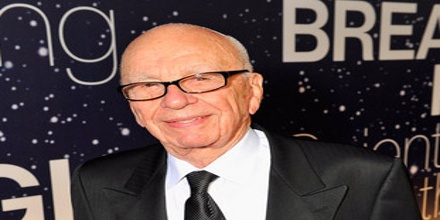 In 1984, Rupert was honoured with the ‘Companion of the Order of Australia’, by the nation’s government.

In 2013, he has featured on the ‘Forbes List’ of richest Americans, in the US, as well as in the world.

In November 2015, former Australian Prime Minister Tony Abbott said that Murdoch “arguably has had more impact on the wider world than any other living Australian.”