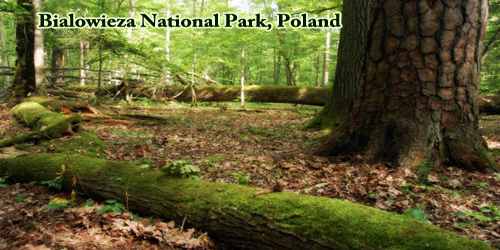 Białowieża National Park (Polish: Białowieski Park Narodowy) is a National Park that is situated in the north-east part of Poland, in podlaskie voivodeship. The Park covers the central part of Białowieża Forest. The total area of the park is 152.2 square kilometers (58.8 sq mi). It is located 62 km (39 mi) southeast of Białystok (Poland). It is known for the protection of the best-preserved part of the Białowieża Forest, Europe’s last temperate primaeval forest fragment that once stretched across the European Plain. It is home to the world’s largest population of European bison (Polish: żubr), the continent’s heaviest land animals. The border between the two countries runs through the forest, the Belovezhskaya Pushcha National Park is adjacent on the Belarus side of the border. There is a border crossing for hikers and cyclists within the forest. According to one study, the park brings in tourist revenues of about 72 million zlotys per year.

Białowieża National Park is Poland’s only natural landmark to be declared a world heritage site. The national park is densely covered in forest, often making it a challenge to spot the local European bison, known as zubr. Hiking and cycling are two popular activities for visitors to the national park, and there’s even a border crossing into Belarus especially set up for those on foot or bicycle. Do note that there are parts of the Białowieża Forest Biosphere Reserve that are off-limits to hikers not accompanied by a guide.

The characteristic feature of the park is its biological diversity. Białowieża National Park is the only Polish natural property designated by UNESCO as a World Heritage Site. The Park is the most important central zone of Białowieża Forest Biosphere Reserve.

History of the park –

The Bialowieza National Park is the oldest national park in Poland. The park’s formal beginning was the Forest Reserve inspectorate (Polish: Rezerwat) established in 1921. The inspectorate was transformed into the National Park in Białowieża on 11 August 1932 by the Second Polish Republic. After World War II, the forest was divided between the People’s Republic of Poland and the Belarusian SSR of the Soviet Union. The People’s Republic of Poland reopened the Białowieża National Park in 1947.

The park headquarters is in Białowieża. Currently, the park consists of three administrative units: The Protective Orłówka Precinct, the Conservation District Hwoźna and the Bison Breeding Centre (with three reserves, breeding, and demonstration Bison Reserve).

A turning point in the history of the park took place in 1979, when the Białowieża Forest was inscribed on the UNESCO World Heritage List. In 1992, the eastern Belarusian part of the forest complex also joined her position. 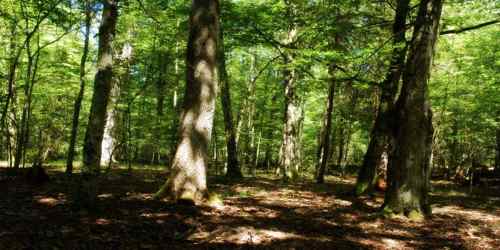 Białowieża National Park protects the best preserved fragment of Białowieża Forest last natural forest at the European Lowland Area, having the primaeval character, identical with the one which covered the area of deciduous and coniferous forests years ago. The characteristic feature of the park is its biological diversity. The Park comprises, inter alia, 809 vascular plant species, over 3 thousand cryptogams, and fungi species, almost 200 moss species, and 283 lichen species. There have been more than 8 thousand invertebrates species, approximately 120 species of breeding birds, and 52 mammal species. Old, primaeval forest stands in Białowieża National Park are characterized by large amounts of  deadwood at the various stage of disintegration, and by the presence of typical natural forest species. Among the birds to be fund in the park one can identify e.g.: Eurasian pygmy-owl, three-toed and white-backed woodpecker; the beetle’s black fir sawyer, Osmoderma eremita, Pytho kolwensis; and the butterflies  Aglia Tau, moorland clouded yellow.

Often called the “last untouched wilderness of Europe”, the Białowieża National Park is the only one of its kind among the 23 national parks of Poland. Its inner zone belongs to the realm of old-growth forest which has been living without much human intervention for almost 800 years. Only scientists can navigate the strictly protected area freely. Each group of tourists is limited to no more than 20 people, and the presence of an official guide is mandatory. A classic road tour leads through the southern part of the reserve area, totaling 4,747 hectares. Apart from Białowieża Forest, many of the aforementioned species can be identified only in few places worldwide.

The headquarters are located at the Białowieża village in the Museum of Nature and Forest of the Białowieża National Park (pictured). The museum complex, built in the 1960s, occupies the place of the former palace of Polish King Augustus III, which was destroyed by the Soviet Army in July 1944. Above the roof of the museum, there is an observation tower available for tourists during the opening hours. The exhibition presents the local species of plants and animals shown through displays, but also through multimedia exhibits with the use of lighting and sound. Particularly commendable is the exhibit devoted to birds. Almost all living species in the region can be heard in audio recordings. Guides in foreign languages are available with an additional fee. The waiting time for a group tour is no longer than 15 minutes.

In almost every room of the museum, there are computers with information on the subject in different languages. However, the tour guides are also likely to repeat the same information for their listeners. All exhibits in the museum have been prepared professionally by scientists, with the general public in mind, and therefore are recommended for visitors of all ages.

The uniqueness of the Bialowieza National Park is evidenced by its landscape values ​​and species of animals and plants in some cases living only in the park. Every year, so many tourists choose the Białowieża Forest as the destination of their vacation to see the monumental primeval forest, see the bison in the wild (which, contrary to appearances, is not so simple at all) or to see in the treetops extremely rare species of woodpeckers. The richness of the park’s fauna and flora concerns not only their species diversity, but also a large number of individuals of individual species. There are so many bison in the Bialowieza National Park and its surroundings that they must be resettled to other forest complexes. The hospitality of the forest also favors other animal species such as deer, wild boars, deer, elks, lynx, etc. The Białowieska Forest also stands out among other Polish forest complexes with a relatively small percentage of conifers in the forest stand.

At the turn of the 20th century during the Russian Partition of Poland, a Palace Park (Polish: Park Pałacowy) was founded around the so-called Tsar’s Palace in Białowieża. At the park, is a historic manor house from 1845 that has been refurbished. At present, it serves as the Centre for Nature Education. 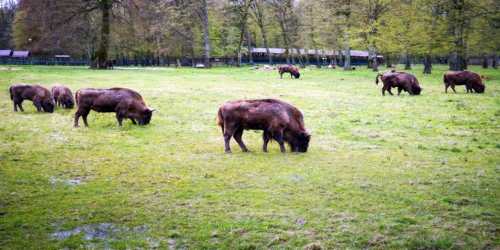 The idea of creating a national park locally is about 200 years old. However, the genuine protection efforts which are being continued today are centuries older. 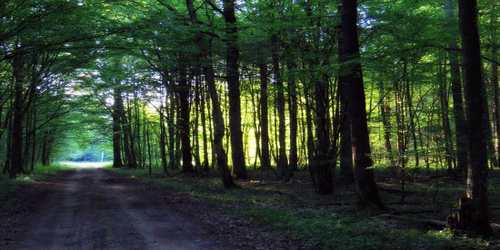 Tourism in the park –

The Białowieża National Park, although resorting even to strict protection, is haunted by crowds of tourists. This is favored not only by the unique nature and landscape of the forest but also by the constantly growing tourist base. Tourists who choose the forest for the purpose of their holidays and decide to spend their holidays there can count on a wide range of accommodation. The accommodation base, concentrated in Bialowieza and Hajnówka, but also scattered around many other towns within the Bialowieza Forest, offers tourists accommodation on a wide price scale, from youth hostels, through tourist farms, to hotels with high luxury. In addition, tourists arriving in this area are waiting for bicycle rentals, carriage rides, horse rides, exhibitions, museums, wildlife parks, cyclical events, etc. From Hajnówka a narrow-gauge railway runs through the forest, the forest can also be visited by traveling on numerous walking, horse or bicycle routes. Tourists on vacation to the Bialowieza National Park are also tempted by travel agencies advertising the park in their catalogs and handling trips from classic organized to a variety of specialized ones.

Bialowieza National Park, created mainly to protect the unique forest complex of the Bialowieza Forest. It perfectly reconciles this function with tourist service and promotion of the region. It is especially recommended for all those who like to spend their holidays actively, but it is best to combine exploring the park and forest with surrounding areas that offer tourists as many albeit less advertised attractions.