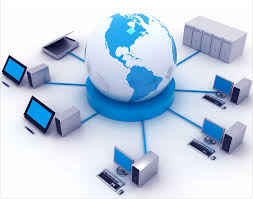 There is much finite element software for analyzing structure. ETABS is one of them. Every analysis is this thesis is done by using ETABS 8 package. In the following paragraph we will discuss some of its features-

ETABS is a sophisticated, yet easy to use, special purpose analysis and design program developed specifically for building systems. ETABS version 8 features an intuitive and powerful graphical interface coupled with unmatched modeling, analytical and design procedures, all integrated using a common database. Although quick and easy for simple structures, ETABS can also handle the largest and most complex building models, including a wide range of nonlinear behaviors, making it the tool of choice for structural engineers in the building industry.

History and advantages of ETABS:

Dating back more than 30 years to the original development of ETABS, the predecessor of ETABS, it was clearly recognized that buildings constituted a very special class of structures. Early releases of ETABS pro-vided input, output and numerical solution techniques that took into consideration the characteristics unique to building type structures, providing a tool that offered significant savings in time and increased accuracy over general purpose programs. As computers and computer interfaces evolved, ETABS added computationally complex analytical options such as dynamic nonlinear behavior, and powerful CAD-like drawing tools in a graphical and object-based interface. Although ETABS Version 8 looks radically different from its predecessors of 30 years ago, its mission remains the same: to provide the profession with the most efficient and comprehensive software for the analysis and design of buildings. To that end, the current release follows the same philosophical approach put forward by the original programs, namely: Most buildings are of straightforward geometry with horizontal beams and vertical columns. Although any building configuration is possible with ETABS, in most cases, a simple grid system defined by horizontal floors and vertical column lines can establish building geometry with minimal effort. Many of the floor levels in buildings are similar. This commonality can be used numerically to reduce computational effort. The input and output conventions used correspond to common building technology. With ETABS, the models are defined logically floor-by-floor, column, bay-by-bay and wall-by-wall and not as a stream of non-descript nodes and elements as in general purpose programs. Thus the structural definition is simple, concise and meaningful. In most buildings, the dimensions of the members are large in relation to the bay widths and story height.

Those dimensions have a significant effect on the stiffness of the frame ETABS corrects for such effects in the formulation of the member stiff-ness, unlike most general-purpose programs that work on center-line-to-center-line dimensions. The results produced by the programs should be in a form directly usable by the engineer. General purpose computer programs produce result in a general form that may need additional processing before they are useable in structural design.

ETABS is a completely integrated system. Embedded beneath the simple, intuitive user interface are very powerful numerical methods, design procedures and international design codes, all working from a single comprehensive database. This integration means that you create only one model of the floor systems and the vertical and lateral framing system to analyze and design the entire building. Everything you need is integrated into one versatile analysis and design package with one Windows-based graphical user interface. No external modules are maintained, and no data is transferred between programs or modules. The effects on one part of the structure from changes in another part are instantaneous and automatic. The integrated modules include:

The ETABS building is idealized as an assemblage of area, line and point object. Those objects are used to represent wall, floor, column, beam, brace and link/spring physical members. The basic frame geometry is defined with reference to a simple three dimensional grid system. With relatively simple modeling techniques, very complex farming situations may be considered. The buildings may be unsymmetrical and non-rectangular in plan. Torsional behavior of the floors and inter story compatibility of the floors are accurately reflected in the result. The solution enforces complete three dimensional displacement compatibility, making it possible to capture tubular effects associated with the behavior of tall structures having relatively closely spaced columns. Semi-rigid floor diaphragms may be modeled to capture the effects of in plane floor deformations. Floor objects may span between adjacent levels to create sloped floors (ramps), which can be useful for modeling parking garage structures. Modeling of partial diaphragms, such as in mezzanines, setbacks, atriums and floor openings, is possible without the use of artificial (“dummy”) floors and column lines. It is also possible to model situations with multiple independent diaphragms at each level, allowing the modeling of buildings consisting of several towers rising from a common base. The column, beam and brace elements may be non-prismatic, and they may have partial fixity at their end connections. They also may have uniform, partial uniform and trapezoidal load patterns, and they may have temperature loads. The effects of the finite dimensions of the beams and columns on the stiffness of a frame system are included using end offsets that can be automatically calculated. The floors and walls can be modeled as membrane elements with in-plane stiffness only, plate bending elements with out-of-plane stiffness only or full shell-type elements, which combine both in-plane and out-of-plane stiffness. Floor and wall objects may have uniform load patterns in-plane or out-of-plane, and they may have temperature loads. The column, beam, brace, floor and wall objects are all compatible with one another.

Static analysis for user specified vertical and lateral floor or story loads are possible. If floor elements with plate bending capability are modeled, vertical uniform loads on the floor are transferred to the beams and columns through bending of the floor elements. Otherwise, vertical uniform loads on the floor are automatically converted to span loads on adjoining beams, or point loads on adjacent columns, thereby automating the tedious task of transferring floor tributary loads to the floor beams without explicit modeling of the secondary framing. The program can automatically generate lateral wind and seismic load patterns to meet the requirements of various building codes. Three-dimensional mode shapes and frequencies, modal participation factors, direction factors and participating mass percentage are evaluated using eigenvector. P-Delta effects may be included with static or dynamic analysis. Response spectrum analysis, linear time history analysis, nonlinear time history analysis, and static nonlinear (pushover) analysis are all possible. The static nonlinear capabilities also allow you to perform incremental construction analysis so that forces that arise as a result of the construction sequence are included. Result from the various static load conditions may be combined with each other or with the result from the dynamic response spectrum or time history analysis. Output may be viewed graphically, displayed in tabular output, sent to a printer, exported to a database file, or saved in an ASCII file. Types of output include reactions and member forces, mode shapes and participation factors, static and dynamic story displacements and story shears, inter story drifts and joint displacements, time history traces, and more.

The shell element internal forces, like stresses, act throughout the element. They are present at every point on the mid surface of the shell element. ETABS reports values for the shell internal forces at the element nodes. It is important to note that the internal forces are reported as forces and moments per unit of in-plane length. The basic shell element forces and moments are identified as F11, F22, F12, M11, M22, M12, V13 and V23. You might expect that there would also be an F21 and M21, but F21 is always equal to F12 and M21 is always equal to M12, so it is not actually necessary to report F21and M21.

The parking problem is a great problem in our country especially in Dhaka city on such a small piece of land. This thesis is based on the previously discussed topics. This thesis may result an effective solution of this problem.