During the COVID-19 epidemic, many aspects of human life were changed in unexpected ways, including a huge increase in the number of persons looking for outdoor activities to do while under quarantine.

Researchers from the University of New Hampshire examined this trend in a number of studies and discovered a sharp rise in visitors to New England’s parks and protected areas during the pandemic, which had a significant social, situational, and ecological impact on people’s behavior, decision-making, and quality of experience.

“At the height of the pandemic, in the summer of 2020, outdoor recreation visitation within New England national forests increased by more than 60%, or approximately two million visitors, a majority of which came from out of state,” said Michael Ferguson, assistant professor of recreation management and policy.

“While it was great to see so many people rediscovering the outdoors and taking advantage of recreation opportunities, it also raised questions and concerns about these already overwhelmed natural resources.”

The extensive body of research, which includes a study recently published in the journal Society and Natural Resources, examines changes in behavior and visitation patterns at the White Mountain and Green Mountain National Forest to assess the state of the so-called outdoor renaissance at the height of the pandemic.

While the pandemic exacerbated visitor difficulties, these national forests were already experiencing serious social (crowding and conflict), situational (site access and trash), and ecological (snowpack and ticks) issues as early as 2017.

At the height of the pandemic, in the summer of 2020, outdoor recreation visitation within New England national forests increased by more than 60%, or approximately two million visitors, a majority of which came from out of state. While it was great to see so many people rediscovering the outdoors and taking advantage of recreation opportunities, it also raised questions and concerns about these already overwhelmed natural resources.

Resource managers at the White Mountain National Forest hired the researchers to focus on these worries during the summer of 2020. The study’s findings, which were reported in the Journal of Outdoor Recreation and Tourism, revealed previously unheard-of visitor numbers that have led to even more pervasive recreation challenges, such as lengthy traffic lines, a lack of parking, clogged trails, and unheard-of cases of crowding and unrest.

However, visitors were generally able to cope and deal with most of the scenarios they experienced, according to the researchers. However, visitor conflict was continuously difficult for visitors to bear.

This featured disagreements or arguments, primarily between residents of the state and out-of-state guests, that were largely motivated by perceived transgressions of pandemic safety measures, such as failing to wear masks or observe the physical distance.

“Our data and modeling suggest that approximately 10% of annual visitation, which represents nearly 400,000 visitors, noted they would likely never return for outdoor recreation because of the issues they experienced,” said Ferguson.

The researchers investigated the pandemic’s effects on people who go outdoors for recreation in greater detail, paying particular attention to historically marginalized populations, in order to corroborate these preliminary findings.

This article, which was published in the Journal of Outdoor Recreation and Tourism, examined the large rise in unfavorable contacts and corroborated the dramatic increase in visits to national forests during the epidemic. Additionally, the study discovered that historically oppressed groups faced particular difficulties.

For instance, tourists with low incomes reported much fewer alternatives for substitutes than visitors with high incomes, and visitors who identified as female reported significantly more conflict during the pandemic.

“COVID-19 unleashed a phenomenon that we didn’t anticipate,” said Ferguson. “It really changed the outdoor recreation experience and the manner in which these resources and experiences must be managed.”

More research is needed, according to researchers, to decide on the best course of action, but they are optimistic that this comprehensive study will assist identify persistent problems and facilitate better decision-making for resource managers, elected officials, and tourists.

The study team also observed that many national parks and other protected sites encountered comparable problems and switched to managed access programs to deal with rising visitor numbers.

Future research is expected to assist researchers to choose the best options for the New England national forest system. The USDA Forest Service provided funding for this study. 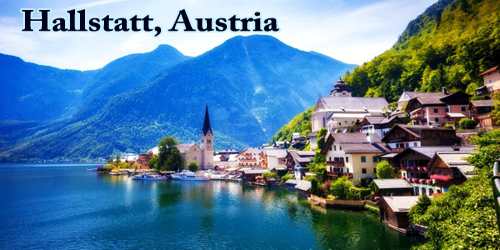 The Antarctic Sea-ice Enigma could be Explained by Ocean Eddies