Imagine passing an exam and believing that your achievement had more to do with the socks you were wearing or the quantity of cookies you had consumed than it did with the hours of preparation you had put in.

This “credit assignment” problem, in which a person or animal ascribes the incorrect result to an event, occurs in a number of psychiatric conditions, such as addiction or OCD, when people continue to think that using drugs or performing particular routines will result in favorable outcomes.

It has now been discovered, through a new study in macaque monkeys, which brain regions support the processes involved in credit assignment and, for the first time, how low-intensity transcranial ultrasound stimulation (TUS) can affect both brain activity and actions associated with these processes.

This line of inquiry and the application of TUS, while currently being researched in an animal model, may one day be utilized in clinical research to address mental illnesses where maladaptive decisions are noted.

The study, which was led by the University of Plymouth and was published in the journal Science Advances, demonstrates that TUS may be used to quickly and securely interrupt credit assignment-related activity in the lateral prefrontal area of the brain, which supports adaptive behaviors.

The study’s mice showed increased exploratory decision-making after having this brain region stimulated. Because of the ultrasound neuromodulation, behavior was no longer controlled by choice value, making it difficult for participants to grasp which options would lead to better outcomes and reducing their ability to make task-specific decisions that were more adaptive.

The really interesting finding in this study is not only discovering where certain decision making activities take place, but also how neuromodulation can change these and associated behaviours. We hope that this can pave the way to new studies in humans, particularly in patients experiencing mental health issues.

The study also demonstrated that this process was unaffected by stimulation of a different brain area, which is also a component of the prefrontal cortex, demonstrating for the first time that task-related brain modulation is only triggered by stimulation of regions that mediate particular cognitive processes.

First author, Dr. Elsa Fouragnan UKRI Future Leader Fellow at the University of Plymouth said: “The brain is like a mosaic there are multiple parts doing different things. Each part may be linked to a certain behaviour. The challenge is first to know whether this behaviour is causally linked to a certain brain region. Only brain stimulation allows you to answer this question.”

“The second challenge is that if you disrupt or modulate one part, then it can affect several others, so we need to understand how brain areas work together, and how they affect each other if one is stimulated or disrupted.”

“The really interesting finding in this study is not only discovering where certain decision making activities take place, but also how neuromodulation can change these and associated behaviours. We hope that this can pave the way to new studies in humans, particularly in patients experiencing mental health issues.”

The research is being used as a proof-of-concept study at the University of Plymouth’s brand-new Brain Research and Imaging Centre (BRIC), where Dr. Fouragnan is the head of the Non Invasive Brain Stimulation laboratory.

What Should know about da Vinci Surgery 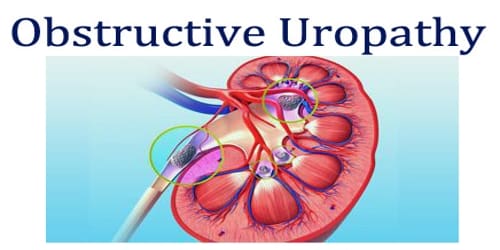