Home Science Chemistry Why Did the Golden Ceilings of This Renowned Medieval Palace Start Turning Purple? Bilbo Baggins obviously didn’t want to imply that, but all that is gold is not gold-colored. In places like the Alhambra Palace, where a gold layer on wall and ceiling ornamentation has undergone centuries of color shift, it can even be purple. Finally, the chemistry behind this conversion has been revealed.

One of the world’s finest examples of Islamic architecture is the Alhambra Palace in Granada. Beginning in 1238, the palace had numerous modifications and additions, especially in the 14th century.

Gold leaf sheets that were used to gild the ceilings of the Alhambra have developed strange purple streaks in some spots. Although purple has been linked to emperors since Roman times, neither the rulers nor the architects of the palace meant for this to be the case. Instead, it resulted from a series of chemical events that resulted in the gold becoming nanoparticles, as stated by Professor Carolina Cardell and Dr. Isabel Guerra of the University of Granada in Science Advances.

Because pure gold (Au) is the least reactive metal in natural and industrial contexts, the patches baffled onlookers, according to the paper. When exposed to sunshine or other common environmental factors such humidity, air pollution, corrosive gasses, or hot temperatures, au does not deteriorate.

Although the Alhambra was built during what is frequently referred to be the golden age of Islam in Spain, the ornamentation were not made of actual gold because it would have been both impracticable and too expensive. Additionally, it would not have withstood decades of theft. Instead, they are constructed of tin that has been lightly coated with gold.

The purple color was described in a paper from 2006, which noted that it only appeared in damp places but was unable to pinpoint its origin.

Cardell and Guerra examined the purple spots and contrasted them with regions that had preserved their original golden hue using a high-resolution field-emission scanning electron microscope.

The hue is caused by the fact that gold particles, like those of other metals, differ from bulk materials when they are only a few nanometers broad. In fact, adjusting the size and form of gold particles suspended in water will produce the majority of the rainbow. The particles absorb certain photons that are similar in size to the visible light wavelengths while reflecting others that are longer and shorter so that they can be captured by our eyes.

The gilding had been reduced by exposure to chlorine-rich water into 70 nanometer-wide nanoparticles, which are the ideal size to reflect the violet portion of the spectrum while absorbing the majority of other light that can be seen. In the 19th century, the result was thought to be ugly and covered with a gypsum coat, although some parts are now beginning to show through.

In addition to the presence of water, the porousness of the gold leaf and its attachment to the underlying tin also play a role in the breakdown of gold to nanoparticle size. Tiny fractures may cause galvanic corrosion, in which the tin serves as the anode and oxidizes. The gold serves as an inert electrode and attracts the electrons released by the tin, preventing reaction.

However, due to pollution, the gold has gotten partially encrusted with dirt. As a result, the oxygen content on the gold’s surface varies, with oxygen-poor portions disintegrating into microflakes. The procedure was improved by the gilders’ addition of some silver to the gold.

Numerous reducing agents may have created spherical gold nanoparticles from the microflakes, but according to the authors, tin ions in chloride solutions are the most plausible candidate. In addition, air pollution, not salt brought in by wind from the sea, is likely what produced the chlorine ions that initiated the process.

In addition to addressing a long-standing enigma, the authors believe that their work can aid preservationists in halting corrosion at other earlier historical buildings. 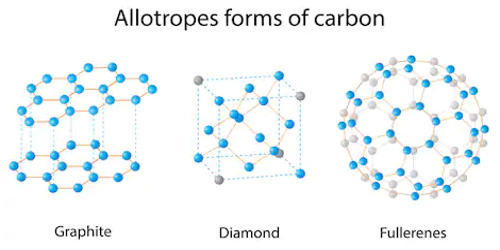