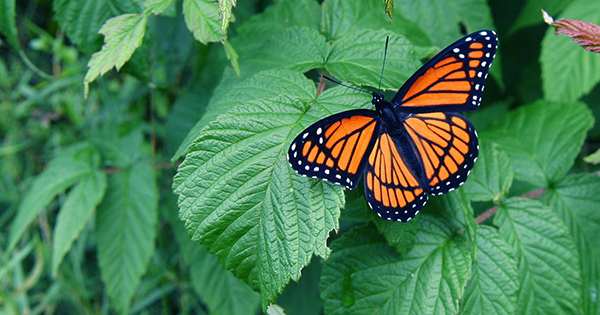 The future looks bleak for a biological wonder of North America, with Western King Butterfly counts down 99 percent in just four years based on winter summers. Like the traveling pigeon and the buffalo, the king butterfly was once a species whose migration symbolized the perfect abundance of nature. Billions of brittle creatures travel across the continent twice a year in search of food and warmth, barely a reliable distance.

Larger shifts occur east of the Rocky Mountains. Even to the west, attempts were made to count prominent butterflies on trees along the California coast, estimated at millions of people in the 1980s. This was undoubtedly a drop from pre-European numbers, but in 2017 the alarm really started with a paper on biological conservation dropped to 300,000.

The number dropped to 27,000 in 2018-19, easily a record low at that time. The decline came despite an increase in the number of survey sites. Last winter brought some relief, with a slight return to 29,000. This year the Xerces Society, which conducts the annual census, did not find even 2,000 butterflies west of the mountains. Some of the abundant sites were by no means kings.

The society’s director of endangered species Sarina Jepsen said in a statement, “These sites typically host thousands of butterflies and their absence this year has led volunteers and visitors to visit these locales in hopes of catching a glimpse of the wonderful clusters of king butterflies.”

The kings only laid eggs in the nests and could rely on nectar from different varieties of flowers for travel. Most areas that were once covered with milk canopy are now taken over by urban growth, and herbicides and pesticides affect the rest in most cases. This creates a long-term downward trend, accelerated by climate change. Last summer’s California wildfires could contribute to this year’s sudden collapse. The Eastern King population is doing better, but even then they have fallen far short of advising that they can continue on the path to Western defense.

Surprisingly, based on their dignified status and the rate of damage, monarchs lack protection not only at the federal level, but also in the most affected states. An assessment by the Fish and Wildlife Service found the king’s list under the Endangered Species Act was “precise, but blocked by high-priority activities.” In addition to the emphasis on protection, the Xerxes Society encourages the planting of milkweed or other flower buds at the beginning of the milking season, when food is most needed. Monarchs can be counted so accurately in winter because they cluster at a few regular sites to keep each other warm. Although Western monarchies have never been like this before, in the mid-nineties came a scrap of hope for a brief but dramatic recovery, which shows that their downfall is not inevitable.