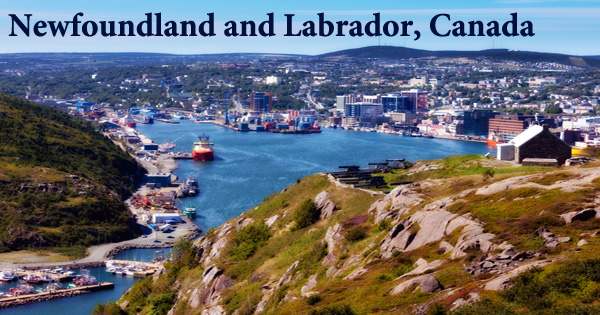 The history of this region is full of mythology, adventurers, and inventors. The island lies at the mouth of the Gulf of St. Lawrence and was given the name “newfoundelande” or “New Found Land” by late 15th-century explorers. The tiny Strait of Belle Isle separates it from Labrador, while Cabot Strait separates it from Nova Scotia to the southwest. Newfoundland was once home to a variety of French and Irish dialects, as well as the now-extinct Beothuk language. The indigenous languages Innu-aimun and Inuktitut are also spoken in Labrador.

Indigenous peoples such as the Maritime Archaic Indians and the Palaeo-Eskimo hunted, fished, and resided throughout the province for thousands of years, especially in southern Labrador. The Vikings came here at the turn of the millennium, but European exploration didn’t really begin until John Cabot’s journey in 1497. During annual visits, they fished the abundant waters off the coast before establishing French and English colonies in the area. Newfoundland, formerly a British colony and subsequently a dominion, surrendered its independence in 1933, following severe economic hardship brought on by the Great Depression and the legacy of Newfoundland’s participation in World War I.

The English colony contained St. John’s, one of North America’s oldest cities; its streets and architecture may be the best manifestation of the province’s creative spirit for visitors and tourists. Newfoundland and Labrador remained a British colony until 1949 when it joined Canada. The province is benefiting from offshore oil production in the twenty-first century, forging a fresh link with the ocean that has nourished it for so long. The fisheries was the foundation of Newfoundland and Labrador’s economy 500 years ago. Oil and gas, mining, hydroelectricity, and fishing have all become important parts of our economy.

Newfoundland and Labrador is Canada’s most easterly province, located in the north-eastern corner of the continent. Over 7,000 small islands make up the province. Newfoundland and Labrador experience cold but not severe winters and moderate to cool summers in general. The mean July temperature in the province ranges from 40 to 50 °F (5 to 10 °C) in northern Labrador to 59 °F (15 °C) on the island’s south coast. The average temperature in July in the southern interior is barely around 60 °F (16 °C). The island of Newfoundland is roughly triangular in shape. Each side is around 400 kilometers (250 miles) long, with a total area of 108,860 km2 (42,030 sq mi). The total area of Newfoundland and its adjoining minor islands (excluding French territories) is 111,390 km2 (43,010 sq mi). Newfoundland is located between 46°36′N and 51°38′N latitudes.

In January, typical temperatures are around 20 °F (−7 °C) in the southern part of the island, around 10 °F (−12 °C) on the Labrador coast, and 0 °F (−18 °C) in the south and north. With a total size of 405,720 km2, Newfoundland and Labrador account for 4.06 percent of Canada’s total land area (156,650 sq mi). The natural, raw grandeur of this location surrounds visitors/tourists at every turn, with dramatic coastlines, broad barrens, deep boreal forests, and old rock formations. Seabirds, moose, caribou, and a plethora of aquatic species abound in the living landscape.

Newfoundland and Labrador has also gained international recognition for its film and television productions, as well as as a destination for discriminating tourists looking for fresh sea air and authentic experiences. The various climates of the province are created by the province’s north-south extent (46°36′N to 60°22′N), prevalent westerly winds, cold ocean currents, and local characteristics such as mountains and shoreline. The rocky shoreline is broken up by sections of sandy beach, and a farming settlement replaces the fishing village on occasion. Many islands protect the mainland from the severe effects of northeasterly winds, resulting in hundreds of miles of nearly landlocked waters.

Newfoundland and Labrador has three national parks and one national park reserve, as well as 18 wilderness and ecological areas and magnificent botanical gardens. On the shore, the sea maintains winter temperatures a little warmer and summer temperatures a little cooler than inland. In comparison to a continental climate, the marine climate produces more varied weather, abundant precipitation in a variety of forms, more humidity, reduced visibility, more clouds, less sunshine, and higher winds. With over 29,000 kilometers of shoreline, there are plenty of whales, seagulls, and icebergs to be seen. There are 22 different types of whales, including the world’s largest humpback whale population. 35 million seabirds, give or take, soar above Newfoundland and Labrador, earning it the title of “seabird capital of North America.”

Newfoundland and Labrador has been home to humans for about 9,000 years. Newfoundland and Labrador’s distinctive geological terrain draws scientists and rockhounds from all over the world. It exhibits some of the world’s oldest rocks and narrates the amazing narrative of Earth’s evolution. The provincial government is preparing for the difficulties of global warming in the twenty-first century. Locally, average annual temperatures are predicted to be between 0.8 and 1.5 degrees Celsius above historical norms, and the frequency of hurricanes and tropical storms has more than doubled since the last century.

As a result, the province is seeing more permafrost thaw, flooding, and infrastructure damage, less sea ice, and new invading species and infectious diseases. Newfoundland and Labrador’s administrative structure and social conditions are comparable to those of other Canadian provinces in most regards. Newfoundland and Labrador is represented in the Canadian Parliament by six senators and seven members of the House of Commons under the conditions of its 1949 union with Canada.

The people of Newfoundland and Labrador have a reputation for being kind; warm and welcoming, fun-loving, and hilarious to the core, they are also noted for their natural creativity, unique language, and storytelling ability. In Newfoundland, agriculture is limited to the areas south of St. John’s, Cormack, Wooddale, Musgravetown, and the Codroy Valley. For local consumption, potatoes, rutabagas, turnips, carrots, and cabbage are farmed. Poultry and eggs are also produced on the premises. The Provincial Museum, Art Gallery, and Archives are all situated in a massive edifice known as The Rooms in St. John’s and are run by the Department of Tourism, Culture, and Recreation.

Other communities in the province have smaller museums and cultural centers. The months of June-September, which are the hottest of the year and have the most daylight hours, are the busiest for tourism. L’Anse aux Meadows National Historic Site, which maintains the location of a documented Norse village that is the first known European settlement in North America and was designated a UNESCO World Heritage site in 1978, reflects the province’s history.