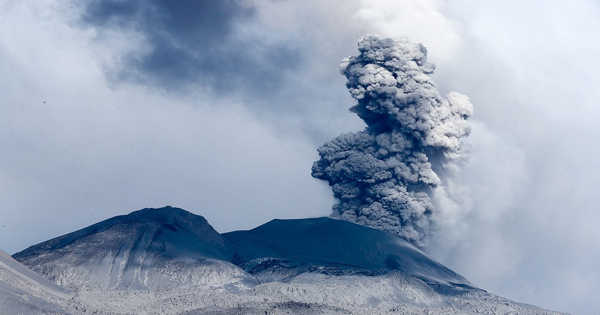 Volcano Research Advances our understanding of the Deep Structure of Volcanoes

Because of the inherent difficulty of seeing beneath the Earth’s surface, geoscientists have struggled to understand the deep structure of volcanoes. To gain a more comprehensive understanding of volcanoes and their subsurface structure, a team of researchers from various disciplines, including Purdue University’s Department of Earth, Atmospheric, and Planetary Sciences’ Jonathan Delph, combined their expertise to better understand how their datasets can be interpreted in light of the others.

Volcanoes are an important part of the Earth’s system. Volcanoes delivered the majority of the Earth’s atmosphere, water, and crust, and they continue to recycle earth materials. Volcanic eruptions are extremely common. More than a dozen volcanoes are usually erupting at any given time somewhere on Earth, and nearly 100 erupt each year.

The majority of today’s volcano imaging and monitoring is based on the ground surface and satellite remote sensing observations. The surface investigation, spatial resolution, and ground penetration depth methods, but also human and material resources, and harsh environments, limit the overall understanding of the volcanic edifice and its dynamics.

The deep structure of volcanoes has proven difficult for geoscientists to understand due to the inherent difficulty of seeing below the Earth’s surface.

Volcano landforms and eruptive behavior vary due to the large number and complexity of interacting processes that govern magma generation, storage, ascent, and eruption. The tectonic setting, the properties of the Earth’s crust, and the history of the volcano all have an impact on eruptions. Nonetheless, despite the wide variation in how volcanoes erupt, all eruptions are governed by a common set of physical and chemical processes.

Understanding how volcanoes form, how they erupt, and what happens afterward necessitates knowledge of the processes that cause rocks to melt and change composition, how magma is stored in the crust and then rises to the surface, and how magma interacts with its surroundings. Our understanding of how volcanoes work and the consequences of their eruptions are also shared with the millions of people who visit volcano national parks in the United States each year.

Volcanoes are openings or vents on the Earth’s surface where lava, tephra (small rocks), and steam erupt. Many mountains are formed by the Earth’s crust folding, faulting, uplift, and erosion. Volcanic terrain, on the other hand, is formed by the slow accumulation of erupted lava. The vent may appear as a small bowl-shaped depression at the summit of a cone- or shield-shaped mountain.

Methods from various geoscientific disciplines can be used to gain insight into the deep-seated structure and processes that occur beneath a volcano. Seismologists, for example, can investigate how seismic waves change speed or lose energy beneath a volcano, geochemists can look into geochemical variations in volcanic eruptive products, and field geologists can look into the lithological characteristics of extinct volcanic systems that have been uplifted and exposed at the surface to analogous active volcanoes. However, these various analyses frequently result in conflicting conceptual ideas about the subsurface “plumbing” systems that feed volcanism.

Volcanoes have a tremendous amount of destructive power. Eruptions can alter weather patterns, disrupt the climate, and cause widespread human suffering, as well as mass extinctions in the past. Finally, volcanoes are economically significant. Volcanic heat is a source of low-carbon geothermal energy. The United States generates nearly one-quarter of the world’s geothermal energy capacity. Volcanoes also act as magmatic and hydrothermal distilleries, producing ore deposits such as gold and copper ores.

This study first describes the conceptual models for volcanic systems that have been developed based on various individual disciplines, as well as the geophysical and geochemical characteristics of active magmatic systems and field studies of exposed and extinct magmatic systems. The authors then use this conceptual framework to investigate a very volcanically active region in South America’s Central Andes as a case study to show how seemingly contradictory models from different disciplines of subvolcanic structure can be reconciled.