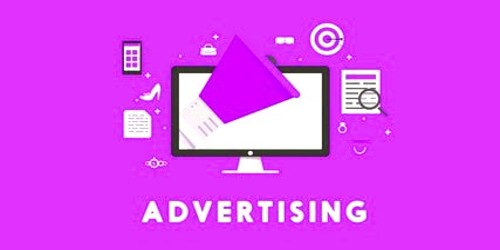 Various methods of Advertising and their Effectiveness

Various methods of Advertising and their Effectiveness – an Open Speech

‘It pays to advertise’. The old adage remains true in principle because advertising not only sells goods but also creates the demand for new lines. A successful advertising campaign will spread the word about your products and services, attract customers and generate sales.

Whether you are trying to encourage new customers to buy an existing product or launching a new service, there are many options to choose from. Advertising sells goods and services, otherwise, it would not exist, and the development of advertising in the West dates back at least three centuries, coinciding roughly with the publication of early journals such as The London Gazette, Tatler and Spectator in England, the circulation of which was largely limited to London and one or two large provincial cities. So advertising began on a local basis because wherever you create a demand you must be able to meet it. The advertising option chosen should also reflect the right environment for your product or service. So various factors combined to create national and international advertising; mass-production, based in the Industrial Revolution of the 18th and 19th centuries, rail communication and transport, the development of printing, especially color printing, and the freighter for overseas markets. For as long as most people can remember advertising has been seen wherever the public go; on walls, shop fronts and hoardings, in railway stations and the underground, on streamers trailing behind light aircraft, from static balloons, on trains, buses and business vehicles, taxis and container lorries. With the advent of color television, the commercial break has assumed primary importance. Some commercial radio channels still carry advertising. Handbills, advertising local firms, flood through the letter-boxes. Junk mail addressed to computerized lists of likely buyers, fills the waste paper baskets.

From this, it will be seen that over-kill is one drawback to the effectiveness of modern advertising. People get fed-up if they are over-pressurized, especially intelligent people. The hard sell becomes counter-productive. Yet the fact that it continues argues that this kind of advertising is financially justified.

Advertising is therefore big business, and the world’s capitals, outside the Eastern bloc, offer scope to advertising firms with their highly specialized areas of expertise. Such firms employ some of the best ideas people, graphic artists, promotional experts, and film producers and technicians.

The effectiveness of advertising depends on the assessment of the consumer’s motivation in buying, and a direct or indirect appeal to that motivation; sometimes the creation of that motivation, by an appeal to a range of human instincts. Where there is poverty in a potential market the only effective appeal is based on cheapness, reliability, and effectiveness in a product. In a mixed or affluent community, the field is wide open. Most Western advertising works in a competitive market where the variety of brands is matched by the consumer’s power of choice.

The soft sell works best when appealing to the very rich, and usually, the price is not mentioned. A country house with a hundred acres of land is offered as a modest gentleman’s residence, the Rolls Royce is merely described as ‘the best car in the world. Everybody knows that a small group of products are the best in their fields, so advertising merely keeps them in the public eye. ‘Apeing the celebrity’ is another line of attack; if a famous heavy-weight uses a particular deodorant, or a great actress a particular shampoo, good sales result. Another successful line with a shampoo is that it works, implying that the others don’t. In contrast, sexy lingerie ads are self-defeating. they bore women and men don’t usually buy lingerie. Yet sex can sell chocolates. If a stunt-man goes through the hoops to bring his beautiful girl-friend the brand of her choice he will take the easier way of buying them in the supermarket and she may begin to fantasize about the bringer. The appeal to snobbery still works.

Most countries today have a statutory body that seeks to deep advertising up to a certain basic standard; ads must be morally decent, truthful and legal. However, there are countless ways of disobeying the spirit if not the letter of the law. Subliminal advertising has rightly been banned. The advertising of foodstuffs has been improved by ‘sell by’ and statements of contents.