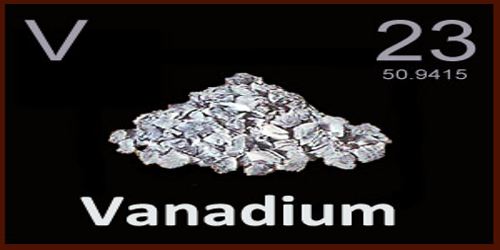 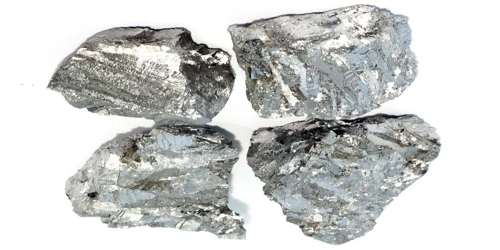 Vanadium was discovered twice. The first time was in 1801 by Andrés Manuel del Rio who was Professor of Mineralogy in Mexico City. He found it in a specimen of vanadite, Pb5(VO4)3Cl and sent a sample to Paris. However, French chemists concluded that it was chromium mineral. The second time vanadium was discovered was in 1831 by the Swedish chemist Nil Gabriel Selfström at Stockholm. He separated it from a sample of cast iron made from ore that had been mined at Småland. He was able to show that it was a new element, and in so doing he beat a rival chemist, Friedrich Wöhler, to the discovery He was also working another vanadium mineral from Zimapan.

Pure vanadium was produced by Henry Roscoe at Manchester, in 1869, and he showed that previous samples of the metal were really vanadium nitride (VN).

Large amounts of vanadium ions are found in a few organisms, possibly as a toxin. The oxide and some other salts of vanadium have moderate toxicity. Particularly in the ocean, vanadium is used by some life forms as an active center of enzymes, such as the vanadium bromoperoxidase of some ocean algae.

Occurrences, Production and Properties of Vanadium

Vanadium is found in about 65 different minerals including vanadinite, carnotite and patronite. It is also found in phosphate rock, certain iron ores and some crude oils in the form of organic complexes. Much of the world’s vanadium production is sourced from vanadium-bearing magnetite found in ultramafic gabbro bodies. Vanadium is mined mostly in South Africa, north-western China, and eastern Russia. In 2013 these three countries mined more than 97% of the 79,000 tonnes of produced vanadium. 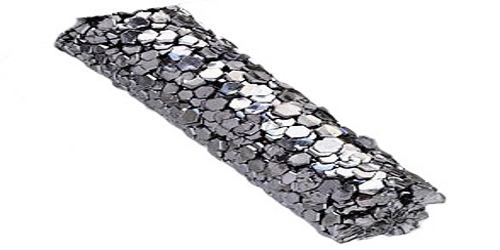 Vanadium is also present in bauxite and in deposits of crude oil, coal, oil shale and tar sands. In crude oil, concentrations up to 1200 ppm have been reported. When such oil products are burned, traces of vanadium may cause corrosion in engines and boilers. An estimated 110,000 tonnes of vanadium per year are released into the atmosphere by burning fossil fuels.

Vanadium is obtained from ores as vanadium pentoxide (V2O5) through a variety of smelting, leaching, and roasting processes. The pentoxide is then reduced to ferrovanadium or vanadium powder. The preparation of very pure vanadium is difficult because the metal is quite reactive toward oxygen, nitrogen, and carbon at elevated temperatures. 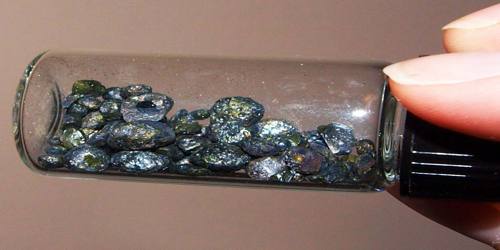 Ferrovanadium is produced directly by reducing a mixture of vanadium oxide, iron oxides and iron in an electric furnace. The vanadium ends up in pig iron produced from vanadium-bearing magnetite. Depending on the ore used, the slag contains up to 25% of vanadium. Purification of vanadium is possible by the crystal bar process developed by Anton Eduard van Arkel and Jan Hendrik de Boer in 1925. It involves the formation of the metal iodide, in this example vanadium(III) iodide, and the subsequent decomposition to yield pure metal:

Natural vanadium consists of two isotopes: stable vanadium-51 (99.76 percent) and weakly radioactive vanadium-50 (0.24 percent). Nine artificial radioactive isotopes have been produced. Vanadium dissolves in concentrated sulfuric acid, nitric acid, hydrofluoric acid, and aqua regia. In the massive state it is not attacked by air, water, alkalies, or nonoxidizing acids other than hydrofluoric acid. It does not tarnish in air readily but when heated combines with nearly all nonmetals.

Uses, Benefits and Side Effects of Vanadium

About 80% of the vanadium produced is used as a steel additive. Vanadium-steel alloys are very tough and are used for armour plate, axles, tools, piston rods and crankshafts. Less than 1% of vanadium, and as little chromium, makes steel shock resistant and vibration resistant. Vanadium alloys are used in nuclear reactors because of vanadium’s low neutron-absorbing properties. Vanadium(V) oxide is used as a pigment for ceramics and glass, as a catalyst and in producing superconducting magnets. 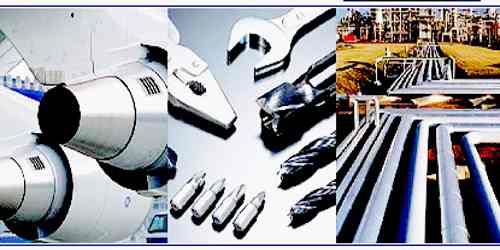 Vanadium is essential to some species, including humans, although we need very little. We take in just 0.01 milligrams each day, and this is more than sufficient for our needs. In some compounds vanadium can become toxic.

Some studies on humans suggest that vanadium may lower blood sugar levels and improve sensitivity to insulin in people with type 2 diabetes. Vanadium is also advertised as a sports supplement to boost the performance but there isn’t sufficient evidence to prove that it works. Usually 30-60mg of vanadyl sulfate is the daily dosage as a supplement. 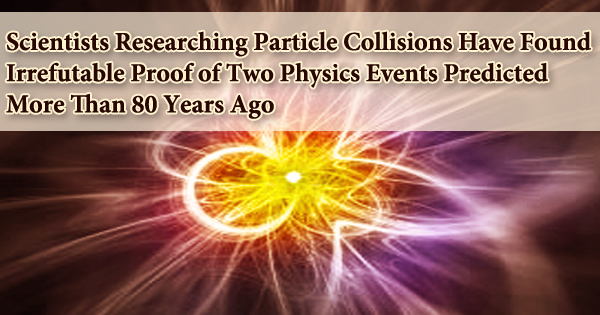