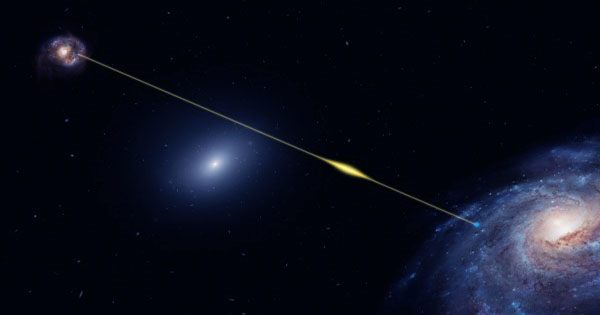 A radio signal has spotted at the galaxy’s center that brightens and fades inexplicably. Astronomers initially assumed it was a rare pulsar, and they still believe it is the most plausible explanation, but only because they have no other options. Despite this, the investigators are confident that it is not aliens. Many weird, mysterious objects exist in the universe. When astronomers are down to claiming it is similar to a class of other objects they cannot understand, but so peculiar it may not even belong with them, you know something is truly strange.

ASKAP J173608.2-321635, whose existence and behavior have published in the Astrophysical Journal, is in this scenario. Finding a physical explanation could lead to new physics possibilities. The ASKAP (Australian Square Kilometre Array Pathfinder) radio telescope is new equipment that can image enormous portions of the sky in detail. The Milky Way’s center was one of the initial targets, with many photos taken months apart. Ziteng Wang, a student at the University of Sydney, was one of those charged with looking for alterations, and he hit the jackpot when he discovered a radio signal that was bright in one image but was missing in earlier versions.

“The most unusual feature of this new signal is its extremely high polarization. This implies that light only oscillates in one direction, yet it spins with time,” Wang explained in a release. Other aspects may appear especially bizarre to non-astronomers. “The object’s brightness swings considerably by a factor of 100, and the signal appears to turn on and off at random.” “It’s unlike anything we’ve ever seen,” Wang remarked.

Over the course of nine months, ASKAP J173608.2-321635 spotted six times, staying “on” for intervals ranging from a single day to weeks. Neither optical telescopes nor the Parkes Radio Telescope was able to find anything at the site, but the MeerKat observatory in South Africa was able to. Parkes may have glanced at the wrong time, Wang’s supervisor, Professor Tara Muphy, told IFLScience.

ASKAP J173608.2-321635 is 4 degrees from the galactic center from our perspective. “It’s too enough away to be associated to a supermassive black hole,” Murphy explained to IFLScience, “but close enough to be in a high density region of stars, where many stars are dying, making it an excellent place to look for odd objects.” Because we do not know how far ASKAP J173608.2-321635 is from the galactic center, its alignment with it may be a coincidence — it could be considerably closer or much further away, but Murphy thinks both are implausible.

“The only similar things we’ve identified are all inside 6 degrees of the galactic center,” Murphy explained. These known as Galactic Center Radio Transits (GCRTs), and some of them have been observed to turn on and polarize light signals in an unpredictable manner. ASKAP J173608.2-321635, on the other hand, is enough different from the other GCRTs that it may belong in a new class, but the cause of GCRTs is also a mystery. People have naturally inquired if the crew has discovered the radio beacon of an alien civilization, according to Murphy. The broad emission band, she claims, “unlike anything humans have created or what we would expect from aliens.”

“The most plausible thing is that it’s some type of esoteric neutron star with features that allow it to elude our detection for a significant portion of the period,” Murphy noted, but she could not explain how. Eventually, Murphy expects that the SKA telescope’s vast power will assist us in solving this puzzle (like so many others). Meanwhile, she told IFLScience that periodical checks would make to observe what ASKAP J173608.2-321635 is up to, with the goal of viewing it in many wavelengths at once. Meanwhile, ASKAP will scan a far larger portion of the sky in the hopes of identifying enough identical objects to allow statistical analysis. 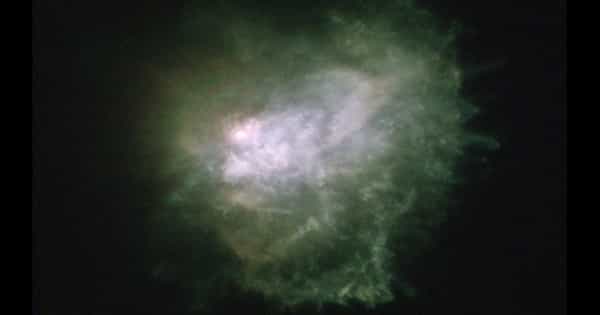 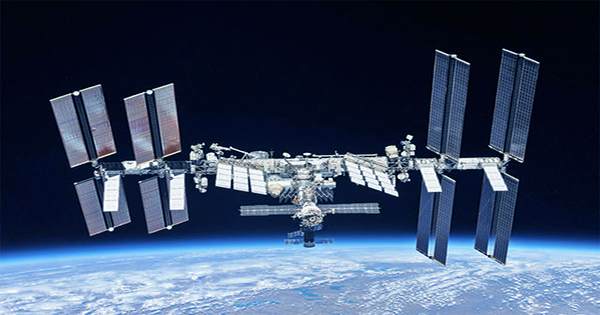